If the Easter Bunny didn't deliver, this week's authors surely will. Read on for author interviews, YA releases, and a must-see giveaway all the way at the bottom of this post! Don't forget to come back tomorrow for part two, where you can enter our giveaway a second time. 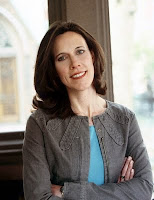 How long did you work on this book?
I started thinking about BUMPED back in 2008, when the infamous Gloucester High School “pregnancy pact” made news. I researched for more than a year (on everything from the history of surrogate motherhood to IVF to how religion affects sexual activity to twins separated at birth and reunited as adults and so much more) before I started writing in September 2009. I finished the first draft in nine months—which is appropriate for the subject matter!

How was your journey to publication? Long, short, how many rejections?
I always say that my debut novel SLOPPY FIRSTS took six months and ten years to write. The actual draft took half a year, but all the preparation that went into it started a decade earlier when I took the first of many writing workshops.

What advice would you most like to pass along to other writers?
Don’t Google yourself. The good reviews are never good enough and the bad reviews can make you never want to write another word again.

What has surprised you most about becoming a published author?
That after six novels in ten years I’d still have to fight the urge to Google myself!

What routines do you find helpful for you to stay actively writing?
While having really tight deadlines helps me stick to a routine, the main reason I choose to write everyday, including most holidays and weekends, is because it makes it a lot easier for me to stay in the voice of the character. Every time I take a break, I find it takes me an equal amount of time to get back into it, so sticking to a daily word count—I aim for 2,000-3,000 words a day—really helps. Though that’s not to say that I don’t spend the first three hours of every morning procrastinating on Facebook, Twitter, and e-mail, because I do. And so far, I’ve yet to discover a cure for that!

As a published writer, do you feel pressure to balance your creative writing license with what the audience wants? If so, how do you balance the two?
While I think it’s important to be aware of publishing trends and audience expectation, at the end of the day I just write the story I’m driven to tell. I have to like the characters and believe in their journey in order to spend that much time with them. And while readers always know what they want for the characters—the author knows what’s needed for the characters—and the two don’t always match!

What advice would you offer writers to build their marketing platform before they become published
I know this is an unpopular and old school way of thinking, but if you are trying to become published in fiction, writing the book is the most important thing. Your number of Twitter followers and Facebook friends is all very nice, building a community of readers and writers is always a good idea, but in the end, a publisher cares only about the quality of your story.

That said, if you have a publishing contract in hand and are trying to broaden your name, then building ties through social networking, joining professional and online writer’s groups and chat loops, blogging, vlogging—it’s all good. But, it’s also a time drain, so do the stuff you enjoy and don’t worry about the rest. I think there’s a tendency to feel like you need to be everywhere at once because everyone else seems to be everywhere at once. If you can manage that, great—go for it. But if not, don’t worry—focus on the stuff you enjoy and forget the rest. The most important thing you can do for your career is to write your next book—don’t let your marketing efforts get in the way of that.

How much do trends influence your writing?
I’m aware of them, but they don’t influence what I choose to write next—my own life experiences usually determine that. I wrote The Immortals and the Riley Bloom series after going through a time of great loss that got me thinking a lot about man’s age old quest for immortality. And it was the research I did for those books that ultimately led me to the idea for my next YA series, SOUL SEEKERS, set to debut in Summer 2012. 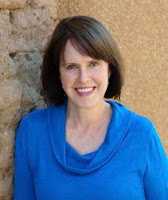 How long did you work on this book?
About a year. The first draft went really quickly, say three months. The revision and all the many steps that followed (editor’s notes, copy-editing, etc.) took much longer.

How was your journey to publication? Long, short, how many rejections?
Rejections aren’t an issue. I don’t work that way. Since I’ve been in children’s books for 34 years and have published fifty books, I long ago settled in with particular editors and we just do a contract for the next book. Sometimes I know what it’s going to be and write them a proposal. Often it’s for an “untitled fantasy novel” or, in the old days, an “untitled picture book.” I’m currently busy revising the sequel to THE SILVER BOWL, THE RAVEN OF HARROWSGODE, and I have an outstanding contract for the last book in the trilogy, THE PRINCESS OF CORTOVA.

What advice would you most like to pass along to other writers?
Big, open-ended question! Here are two quick quips that happen to be true: The best way to get published is to polish your craft. And . . . Many people don’t really want to write—they want to have written; real writers love the process more than the product.

What has surprised you most about becoming a published author?
Well, that happened back in 1978, so I don’t exactly remember! But I will say, looking back on a long career, that writingand making art are exceedingly joyful pursuits, and I’m incredibly lucky that I get paid to do it.

The Shore: Shirt and Shoes Not Required; LB (Laguna Beach)

by Todd Strasser and Nola Thacker

What routines do you find helpful for you to stay actively writing?
Certainly spending money on travel and summer rental homes helps keep me going, but seriously, I wouldn’t know what else to do.

As a published writer, do you feel pressure to balance your creative writing license with what the audience wants?
Yes. How do you balance the two? Every now and then I start to write something for me, but then I get another book contract and got back to writing for them.

What advice would you offer writers to build their marketing platform before they become published?
You mean once they’ve focused mostly on the primary goal of writing a good book? I’d say, “Get ye an agent.” Although I think it’s pretty cool how some writers are now starting on Kindle and other platforms and building an audience with blogs, tweets, Facebook, etc.

How much do trends influence your writing?
I take on contrarian view. When vampires first got big, I went toward realistic thrillers. Now they’re telling me dystopian stuff is big so I think I’ll do an updated version of Cheaper by the Dozen. 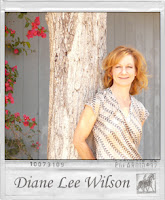 How long did you work on this book?
RAVEN SPEAK had an interesting journey. I originally began Asa’s story after publishing my first young adult novel, I RODE A HORSE OF MILK WHITE JADE. At the time, I envisioned it as a children’s picture book, but my editor kept telling me it had the makings of another novel. I didn’t see it that way and set the project aside. Over the next few years I completed three more novels and had them published before returning to Asa Coppermane’s world. By then I had a new vision for her story, one that would encompass the complexities of a novel, and RAVEN SPEAK took a little over a year to write.

How was your journey to publication? Long, short, how many rejections?
I was fortunate. The first agent I spoke with signed me, and the second publisher we contacted, Orchard Books, published my manuscript. I’ve just sold my sixth novel to Simon & Schuster.

What advice would you most like to pass along to other writers?
I tell aspiring writers that writing is more about discipline than talent. You have to do it every day—no excuses; because it’s hard work! There’s no one patting you on the back at the end of the day, no ready paycheck, no assurance that what you’re producing is even any good. You just have to trust yourself and keep going.

What has surprised you most about becoming a published author?
I guess the most surprising instances for me occur when I visit classrooms and students want me to autograph any and all objects they can produce: books, napkins, pieces of scrap paper. Of course I’m happy to do so, but I want to tell them “I’m just a person, not a celebrity.”

Summer and the City: A Carrie Diaries Novel

Thanks to these generous authors and publishing houses, we're giving away copies of BUMPED, THE SHORE: SHIRT AND SHOES NOT REQUIRED, THE SILVER BOWL, FOREVER SUMMER, and 5 copies of RAVEN SPEAK. And that's just today. We'll announce more awesome giveaways in our second post tomorrow morning, where you can enter again. Please leave a comment on this post and fill out the form below to win. The contest is open to US residents and winners will be announced Thursday morning.