Too many books, too little time. And your TBR list is about to grow a little taller. Read on to see what hits YA shelves this week, as well as author interviews and fabulous giveaways. 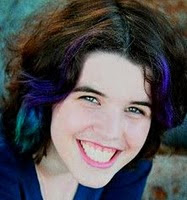 How long did you work on this book?
I wrote the first draft of Invincible Summer in eight days, but there were so many drafts after that. I wrote the first draft over the summer of '08, and I worked on it consistently until copyedits were finished in spring '10. Obviously I had other projects going on at the same time, and there were weeks and weeks at a time where I didn't look at it, but I've been through more drafts of this book than I think any of my others.

How was your journey to publication? Long, short, how many rejections?
Fairly long. I must have racked up nearly a hundred rejections from agents, since I queried four manuscripts before I heard a 'yes.' And then of course there are rejections after you have an agent, too! I queried for about a year, and it felt like the longest time imaginable.

What advice would you most like to pass along to other writers?
It's so important to keep one eye focused outside and one focused inside at the same time. You need to be marketing your work like it's the best stuff out there and keeping up with what's going on in the current market, and you need to be ruthlessly self-improving and editing and writing what you really want to say. It's a tough balance, but it's absolutely crucial.

What has surprised you most about becoming a published author?
The people I've met, absolutely. I was not expecting to meet so many amazing people. And the fact that the writers I love are actually normal people that I can actually talk to...it still completely blows my mind. 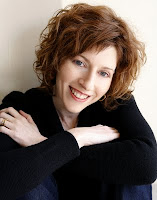 How long did you work on this book?
In terms of actual writing time, it took me about two years. However, EONA is the concluding sequel to EON, so in a way I was also working on it while I was planning, researching and writing EON, which would make it about six years in total. EONA is the first sequel I’ve ever written, so it was a steep learning curve for me. I now know that I really love the two-book series form, and will probably return to it for my next project.

How was your journey to publication? Long, short, how many rejections?
Like most roads to publication there have been a few potholes, but overall it has been a fairly good run. First I published a number of literary short stories in journals while I was studying professional writing at university. Then, in the last year of my degree, an editor heard me read one of my short stories at a conference and invited me to contribute to an anthology of science fiction for young adults. Although I was a big reader of science fiction, I had never written a story in the genre nor had I written for a young adult audience. Nevertheless, I decided to give it a go, and wrote a time-travel adventure story that was accepted and well reviewed. The publisher of that anthology loved the story so much that they asked me to write a novel around the feisty, wisecracking main character, Joss Aaronson. That novel was my first book, Singing The Dogstar Blues. However, the publisher then decided that the book was too old for their list so they rejected it (arrgh). Another publisher expressed interest, said they’d buy it, and then pulled out because they didn’t have the budget to launch a new author (arrgh again). That was when I decided I needed an agent. It can be hard to get representation, but I was lucky; the first agent I approached loved Singing the Dogstar Blues and took me on as a client. She sold the book to HarperCollins Australia as well as my next two books which were to become EON (aka The Two Pearls of Wisdom) and EONA. Penguin US also bought Singing the Dogstar Blues, EON and EONA.

When I finally submitted the manuscript of EON to my new agent to sell into other markets (my first agent had retired), a bidding war started for the two books in Britain and France, and Germany offered me a substantial “take it off the table” bid. It was all very exciting! EON and EONA have now sold into 16 countries and been translated into 10 languages.

What advice would you most like to pass along to other writers?
Tenacity is one of the main ingredients in a writing career. There are a lot of talented people out there, but talent needs to be underwritten by sheer grit-your-teeth tenacity to ride out the hard work and rejections. I’ve also learnt that there are two very different stages in writing and publishing a novel. The first is the creative stage – the actual writing and editing of a novel – and the second is the publicity stage where your artistic endeavour becomes a commodity. I don’t mean that in a negative way – if a book is to be sold it must become a commodity in a marketplace – but it does mean that an author needs to start thinking about their work in an entirely different manner. It is important to try and get an understanding of the marketing process.

What has surprised you most about becoming a published author?
The amount of admin around it! Some of it is dull like tax forms, and some of it is a joy like reading and answering fan mail. I usually spend the morning doing my admin and then I write in the afternoon. I finish my working day when my Jack Russell, Xander, looks at me reproachfully and gives his big “am I never going for a walk?” sigh. 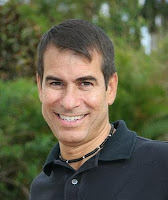 How long did you work on this book?
It took about two years from when I first began to make notes on the characters and story until I turned in a final draft to the publisher.

How was your journey to publication? Long, short, how many rejections?
I spent about twenty years after college afraid to finish writing projects I started, scared to show my work to anybody, fearing rejection. I finally realized I’d never be able to succeed without help from others. With the emotional support of friends, I took a writing workshop. The instructor liked my writing, and several years later, when I had a readable draft, she recommended me to her agent. The agent liked my manuscript and took it to publishers. Several of them passed on the novel, Rainbow Boys, until Simon & Schuster bought it. Since that time, all my subsequent projects have been under contract.

What advice would you most like to pass along to other writers?
I have a whole page on my website at http://alexsanchez.com/Writing_Advice.htm

What has surprised you most about becoming a published author?
The amount of work and energy each book still takes. The writing process becomes smoother but not always easier. The good news is that it can still be fun.

The Betrayal of Maggie Blair

We're hoping you'll enter to win a copy of THE BETRAYAL OF MAGGIE BLAIR or BOYFRIENDS WITH GIRLFRIENDS. Or maybe one of 5 copies of INVINCIBLE SUMMER! Please fill out the form below and leave a comment on this post for a chance to win. The contest is open to US residents. We'll announce winners on Thursday morning!