Here comes day two in our ginormous post of new YA releases. If you missed day one, you've missed half of the fun. Feel free to go back and check it out here so you can enter the giveaway portion twice! Read on for new books, as well as author interviews. Be sure and scroll all the way down to enter to win some of these books. We almost forgot to mention we have 11 of them up for grabs!

I Am J by Cris Beam

How long did you work on this book?
Technically, I worked on I am J for about a year and a half, though J as a character was swimming around in my brain for a long time before that. When I wrote my first book, Transparent, I interviewed a lot of transboys who ultimately didn’t make it into the final version, and I always wanted to write another story from a boy’s point of view.

How was your journey to publication? Long, short, how many rejections?Actually, I was very lucky in that a publisher came to me, asking if I’d be interested in writing a young adult novel for their house. I was excited, and honored, so I wrote up about 75 pages—but that editor and I didn’t see eye-to-eye. She had envisioned something completely different, and suddenly there I was, with a partial manuscript, and no publisher. My agent then shopped it around and found I Am J its rightful home with Little, Brown, where my editor has been fabulous, and believed in the vision right from the start.

What advice would you most like to pass along to other writers?
Well, this is pretty mundane, but it’s the best I’ve got: do it every day. Give yourself a set number of pages (even one) or hours—whichever works best for you—and write that amount every single day. Even if it’s awful. Even if your aunt/grandma/astronaut-lover is in town. Because writing is really nothing more than a person and a pen, and the discipline of working through those terrible pages and terrible ideas for the brightness and the flow. The inspiration comes through the hard work, not the other way around.

What has surprised you most about becoming a published author?
It’s very exciting to get that first box of books straight from the publisher, and to see your book at the store, but really, what surprised me most was how much stayed exactly the same. Before I was published, I spent my days alone and wrangling with language, and I’m still at it now. Turn on the coffee, turn on the computer, and go.

May (Daughters of the Sea #2) by Kathryn Lasky

How long did you work on this book?
Oh goodness--this series Daughters of The Sea began six years ago! Or maybe more. At first I had anticipating doing it for much younger readers--almost like a first chapter book. But then it simply wasn't working at all! So I went back and re-conceived it for a much older age group and made it quite dark. Then it all started to click. So each book so far has taken about eighteen months to write when I finally got underway.

How was your journey to publication? Long, short, how many rejections?
I trust here that you are referring to the first time I got published. It took an alarmingly short time. The first book I ever submitted was a picture book called I Have Four Names For My Grandfather. It was illustrated with photos by my husband Christopher Knight and told a very simple story about what a boy and his grandfather did on a Saturday. We just hit it right. The publisher Little Brown was looking for intergenerational stories and they thought illustrating it with photographs was very new and revolutionary. So they bought it instantly.

What advice would you most like to pass along to other writers?
Read! Read! Read! Read widely. Read novels, newspapers, history, science articles and books, . If you read intensely and widely you learn how to craft a sentence, how to build characters, how to structure a story and work out a plot. So READ!!

What has surprised you most about becoming a published author?
How lovely it is. Yes it is hard work but this is a job that fits my temperament. I am basically my own boss. I can go to work in my pajamas if I want to. Oh and there is one other thing that was a huge surprise for me and that is how editors treat you with so much more respect than my school teachers or professors ever did. Perhaps respect is the wrong word. But they are so delicate in their criticism and their criticism is always very practical and constructive. They really work on getting inside an author's head and trying to understand on the deepest level the meaning of the story you are trying to tell. They really have faith that the story is in their some place and it is their job to help you get it out. They are like midwives in that sense at the birth of a baby. 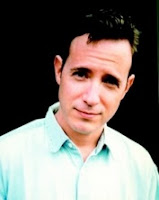 How long did you work on this book?
I wrote the first draft of what was originally called NECK in about six months. It was fun to think ahead as I worked, imagining what the next chapter might bring and switching back and forth between Kyle's and Judy's voice. A momentum began to build as I got caught up in their notions of competition and their growing interest in Garrett. After I finished it, I put the novel away for two years (during which I wrote IN MIKE WE TRUST, some short stories, a novel that currently lives in a box, and several projects that I left unfinished for various reasons). Then I brought NECK out again and was surprised to find that I still liked it, so I did a major revision over several months -- trying to clean up some plot points and smooth out the writing in general. That's when I changed the title to GEMINI BITES.

How was your journey to publication? Long, short, how many rejections?
I started writing when I was sixteen, started seriously submitting work when I was twenty-one, and over a number of years sent around seven novels to various editors and agents, earning a few semi-close calls but no acceptance. Along the way, I published a number of short stories in literary journals. So there were many, many rejections. My first published book was SEND ME, a collection of interwoven short stories. It was while that book was in the editing stages that I wrote what would become my first young adult novel, SAINTS OF AUGUSTINE.

What advice would you most like to pass along to other writers?
Write the story or the novel you feel you absolutely have to write, as opposed to the one you feel you should write. Try to be honest to your characters in every single sentence. Realize, on a daily basis, that you aren't writing because you want to have a published book but because you want to write. All those things combined, I believe, will help you produce a better manuscript.

What has surprised you most about becoming a published author?
Honestly? The fact that the world didn't change for me overnight. The fact that I still wake up each day wanting to write, feeling as if I'm not there yet, wherever "there" is, and sitting down at my desk every single time and thinking, I don't know what I'm doing. But I think that's the good news. It means I haven't gotten overly-confident or cocky (I hope!). GEMINI BITES is my fourth book, and I'm well into my fifth at the moment, and still I sit up straight in the chair, so to speak, and write from an ever-renewing starting point wherein I feel like I don't really have it all figured out. That means that it's always an exploration, which allows me to discover -- rather than render -- what happens to my characters.

How long did you work on this book?
About a year, I wrote the first draft pretty quickly and then did about ten more drafts. Then there were some delays and we didn't do the re-writes until about a year after that. There was some pretty significant edits, we cut out a couple pretty big sections, but it made the book faster and it got to the point a little more, so that was good.

How was your journey to publication? Long, short, how many rejections?
It was the second book in a two book deal, and since they liked it at Scholastic, it just went ahead. I like doing two book deals so that on the second book, I can kind of relax and don't have to have something really flashy or obviously commercial. But I think in this case, this book is probably more commercial than the first book which was DESTROY ALL CARS.

What advice would you most like to pass along to other writers?
Just to keep going. And try new things. that's what works best for me. I never worry if things don't work out, just try something else. I try to be very flexible. It's a tough business, publishing, and you can't get to attached to things. Sometimes you have to let things go.

What has surprised you most about becoming a published author?
It's not that different than being an unpublished writer. And then you have to compete against the first book people, who are all fresh and just starting and have that energy about them. People assume if you have a book published, you're in forever. But you keep having to come up with great new stuff. unless you have a blockboster series or something. In a way, it gets harder as you go forward.

How long did you work on this book?
It took me about nine months to write. I think the comparison to pregnancy is funny since your book is like your baby! :)

How was your journey to publication? Long, short, how many rejections?
It felt long to me, but it’s probably more accurate to call it average. I wrote three other books before Clarity and got countless rejections. I now lovingly refer to them as my “practice novels.” I wrote Clarity in 2008. It sold in 2009. And now it’s finally going to be real!

What advice would you most like to pass along to other writers?
Don’t get disheartened from rejection. Most people don’t sell their first novel. If yours doesn’t sell, learn from your rejections and write another (better) book.

What has surprised you most about becoming a published author?
How much I love emails from readers. If I’m having a trying time and I get a nice email from someone who loved the book, it can turn my whole day around. And I really appreciate that the person took the time out of her day to email me about the book. It’s really sweet.

We are happy to announce the other half of our mega-giveaway. We're serving up giveaways of I AM J, GEMINI BITES, and 2 copies of MAY (DAUGHTERS OF THE SEA #2). To enter, simply fill out the form below and leave a comment on this post. The contest is open to US residents and winners will be announced on Thursday morning! Good luck.