Happy Monday! It's men's week in the world of YA. In a genre largely dominated by female authors, we have interviews and giveaways from the other side of the aisle! Read on for all the details on this week's releases. Be sure to scroll all the way down for a chance to win 3 of these amazing books!

How long did you work on this book?
Including editing, it took about four months to complete Warrior—about three months of writing and one month of editing.

How was your journey to publication? Long, short, how many rejections?
It took about eight years for me to find a publisher. Most of that time, I attended writers’ conferences to learn the craft and the industry. I received more than 200 rejections over the years. That certainly proved my persistence, and there were temptations to get discouraged, but the passion kept driving me to get better at writing and keep on trying.

What advice would you most like to pass along to other writers?
Learn the craft. As I examine the manuscripts aspiring writers send to me, it’s clear that most have the heart and passion but lack the skill to translate their inner drive to the written word, and they don’t even realize it. Go to writers’ conferences. Get feedback from editors and published authors. Read good books on writing. And when you do all these things, then persevere. If you have the passion, you must also practice patience.

What has surprised you most about becoming a published author?
Probably the overwhelming feedback. I had hoped my stories would make an impact on people, but the flood of emails has been a never-ending reminder that people out there are reading my words and benefiting from them. It amazes me that people are taking their precious time to read what I wrote and also letting me know what the stories mean to them. It’s thrilling.

Children of the Lost by David Whitley

How long did you work on this book?
I had planned it to be a year, but if you factor in editing and re-drafting it must have been at least sixteen months. Of course, this being book two of a trilogy, I was also engaged in the publicity for book one at the same time. I probably did take a little longer than I should have – but I was just having such a good time writing it, I may have got a little carried away! In fact, one of the first comments my editor had was to (very kindly) suggest cutting it down a bit from its original 125,000 word length!

How was your journey to publication? Long, short, how many rejections?
I’ve been extremely fortunate in being published relatively quickly. When I was sixteen, looking for a project to fill my summer vacation, I wrote my first full-length book, called The Width of a Shadow, and sent it off to a national competition for unpublished writers. First prize, publication. And no, it didn’t win, but it was shortlisted. I was pretty pleased with the vote of confidence, but more than that, it gave me something to put on my application letters to literary agents.

I rather left writing aside in the next few years as I was busy finishing school and then university ...But now, fast forward to my first year at college, when I was picked for our college team to appear on University Challenge, a well known TV quiz in the UK rather like College Bowl. Thanks almost entirely to the rest of the team, we managed to win the series, so naturally that also went on the application email. Entirely irrelevant it may have been, but it caught the attention enough to get my manuscript a second look from the excellent chap who is now my agent. He invited me for a meeting to pitch him some new ideas, suggested I finish my degree course, and then send him the next thing I wrote. This next thing turned out to be The Midnight Charter, which was published in 2009.

What advice would you most like to pass along to other writers?
That’s just a little unnerving, after your immense list of excellent writing advice! But honestly, and I think this can often be underrated – my best piece of advice is to read. A lot, and from every genre, style, or writer you can find. High literature, escapism, internet, anything. It’s so easy to lose the joy of it when you’re spending days concentrating on just a few lines at a time, and all too easy to get so wrapped up in your own genre that you lose out on the tricks and ideas you can steal take inspiration from in other works!What has surprised you most about becoming a published author? It’s how much I’ve enjoyed doing the publicity! I always knew that visiting schools and bookshops to do author events would be part of the job, but I never dreamed how much it would re-ignite my love of performance. From over-acting as I read extracts from my book to enthusing wildly about the inspirations behind everything I write, it’s a brilliant contrast to quietly dreaming up ideas or pounding away at a keyboard. And sometimes, they even ask me to sing, which (be warned) I will do on the slightest excuse!

Subject Seven by James A. Moore 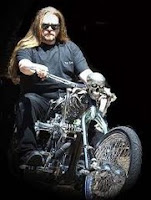 How long did you work on this book?
Preliminary stuff, the concepts and outlines, took me a long time, longer than usual, because it's a different sort of novel for me. Add in the writing and everything and Subject Seven took me about nine months to write. Still, probably less painful than actually giving birth, so I'll call that a plus.

How was your journey to publication? Long, short, how many rejections?
This sounds like bragging, but it shouldn't. It just means I've been very lucky, but I've sold everything I've written. It was a very short journey to my first professional sale, but after the sale I had to wait two years to see my first story in print. That was for Marvel Comics, in Clive Barker's Hellraiser comic.

What has surprised you most about becoming a published author?
How many people don't realize that Hollywood keeps getting it wrong. Seriously. I've seen about a dozen movies where a writer sells one novel and then spends ten years doing nothing but playing around with writing the next novel. It must be nice to have that sort of leisure time. :)

Allison Hewitt is Trapped: A Zombie Novel by Madeleine Roux

This week features Bryan Davis' WARRIOR, David Whitley's THE CHILDREN OF THE LOST, and James A. Moore's SUBJECT SEVEN as prizes! To enter, please leave a comment on this post and fill out the form below. The contest is open to US residents and will run through Wednesday night. Good luck!