Can you handle what we're about to serve up? We're not even sure we can, but here goes. The lovely folks at Bloomsbury USA have offered the full Need series. That's right- NEED, CAPTIVATE, and ENTICE will go to one lucky winner. We're so excited, we decided to tell you before we get to the awesome author interviews and books that release tomorrow. Read on for the books YALit.com helps us find, and be sure to enter the giveaway all the way at the bottom of the post! 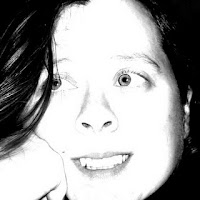 How long did you work on this book?
From start to finish (which means from the very first word until it got on the shelves) it took a year.

How was your journey to publication? Long, short, how many rejections?
This isn't my first book. My first book in this series is called NEED. It was looked at by one house, which almost took it and then passed because the executive editor didn't think she could put enough money in to promote it. Then it went to my dream editor. She looked at it, asked for a revision. I revised it. She turned it down. We sent it to Michelle Nagler at Bloomsbury who took it right away. Right after Michelle took it my dream editor emailed my agent and said that she was wrong and she'd like it. She also said that she had never done that before, which was kind of cool.

What advice would you most like to pass along to other writers?
To treat writing like any other art. It's an adventure. You never know what might spring out of you if you're open to experimenting. And just like sculpting or playing oboe, you get better at it the more that you do it. So don't be too hard on yourself if you aren't an instant literary genius.

What has surprised you most about becoming a published author?
It's pretty cool to get fan mail, actually. I never imagined I'd grow up and have strangers tell me that I'm awesome, just because of what I wrote. That's pretty humbling. And weird. And humbling. And I wish they could all make my brother believe this too, because he is still hounding me over my geeky love for Snoopy sneakers.

How long did you work on this book?
I have a full time job, so I'm a weekend and late nite/ early morning writer. I worked on TUTORED for the better part of a year. It is an revision of an earlier play (called I DON'T DANCE) that I wrote seven years ago.

How was your journey to publication? Long, short, how many rejections?
In the war to be published, rejection slips are like battle scars. I have many. I have a book of poetry (called EAT THE INDIANS FIRST) that may never see the light of day. I've submitted it to over one hundred publishers. I've had more luck with my novels. Knock on wood, LIFE IS FINE, HOLLYWOOD AND MAINE and TUTORED all were accepted shortly after I finished them.

What advice would you most like to pass along to other writers?
Believe in yourself and try to think of a new way to say what you want to say and write every day and develop thick skin. Most of all, don't quit.

What has surprised you most about becoming a published author?
That it actually happened. I had no connections and false promises abounded. I'm so happy to have a few books out there and that people actually read them. I love to read and constantly buy and borrow books, so I can see it from both sides.

Thanks to the generosity of Carrie Jones and Bloomsbury USA, someone's going to get their hands on the full NEED series! All you need to do is leave a comment on this post and fill out the form below to be entered to win. Contest runs through Wednesday night and is open to US residents. Go!