In this week's edition of WOW Wednesday, we are pleased to feature middle-grade author Anita Laydon Miller. We first met Anita after reading about her achievement of signing with Nelson Literary Agency on Editorial Ass' blog. Since then, we've followed her blog faithfully, where she recently posted her interview with WICKED LOVELY author Melissa Marr. Please give her a warm welcome!

Have you read Stephen King’s ON WRITING? Such a good book. Filled with oodles of jewels for writers.

One of my favorite sections in the book is about theme. King recommends writing without much thought to theme—story is king to King.

After your story is down, King says, chances are, it will actually have some kind of theme anyway. King suggests going back through your writing then and amping up theme elements. This should be done carefully, to avoid ruining the story just for theme’s sake.

My tip is to use mostly the same approach about marketing. First, get your story idea down (you haven’t actually written anything except the idea and maybe an outline).

Let’s say your idea is a middle grade book with an eleven-year-old boy as your main character. Call him Jack.

Jack’s grandfather comes to school to give Jack a ride home. Jack’s not at their designated meet point. Paw-paw gets out of the car and as he’s walking to the school’s doors to (presumably) find Jack, he gets hit by a delivery truck and dies. Jack—who’d been in the school screwing around—comes out just in time to see Paw-paw get flattened.

Of course, Jack blames himself for Paw-paw’s death. But through the story, Jack learns about other factors contributing to the death, like: The delivery truck driver was drunk, Paw-paw was on his way inside to see his old flame (now the school’s principal), Paw-paw was only Jack’s ride in the first place because Jack’s dad is too busy with work (instead of giving time to his only child).

So you’re getting ready to write this very bizarre story. This is where I encourage you to stop and ask yourself, “How can I make the story more marketable?”

Hmm. What if you make Jack a baseball player? Paw-paw (while he’s alive) can give Jack support at games…maybe the principal even shows up to one. Jack’s dad can miss an important game…providing more tension. And, hey, baseball can be a great symbol…if Jack strikes out and the team loses a game, is it really Jack’s fault or were other players’ bad plays a factor, too?

And why choose baseball? Well, more than 2 million kids play the game. And suddenly your book becomes more marketable, if you ask me.

It’s just like making your sleuth a knitter. Knitters can Google “knitting book” and “knitting book fiction” comes up as a choice. How could a nutty knitter resist the click?

Again, don’t use this think-about-marketing-before-writing tip to the detriment of your story, but if it works and the story stays cool, then bonus! 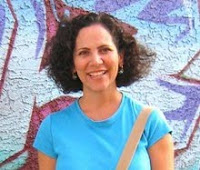