Cindy R. Wilson, author of PAPER GIRL, on making the switch to writing YA

We're delighted to have Cindy R. Wilson join us to share more about her debut novel, PAPER GIRL.

Cindy, what was your inspiration for writing PAPER GIRL?

PAPER GIRL was inspired by my own experience with anxiety disorder. It’s something I’ve dealt with since I was a teenager but got worse as I entered my twenties. I wrote PAPER GIRL as a way to acknowledge something I hadn’t told a lot of people about, and then to try to work through. As the story grew, I knew it was also a way to reach readers who might be dealing with the same thing.

One of the scenes I found difficult to write was when the heroine, Zoe, reveals to the hero, Jackson that she has anxiety disorder and then tries to explain it to him. Just like in real life, she finds it hard to explain how drastically small situations and small stresses can affect her. How a simple conversation with a stranger can make her freeze. How a public situation can cause a panic attack when to others it might not seem like a big deal.

There are several that remind me of PAPER GIRL or vice versa. FINDING AUDREY by Sophie Kinsella because the topics are similar. Also, GIRL AGAINST THE UNIVERSE by Paula Stokes and EVERYTHING, EVERYTHING by Nicola Yoon. PAPER GIRL also has the light-heartedness you’d find in a Kasie West book, but serious themes similar to Rainbow Rowell and John Green.

How long did you work on PAPER GIRL?

I wrote the first draft of PAPER GIRL in five weeks and then got feedback from my critique partners and a few CP’s which only took a few days to incorporate. I didn’t touch it again until we made some bigger tweaks during editing, like adding in more scenes with the main characters.

It’s okay (it’s good even) to be true to who you are and not be embarrassed about your short-comings. Odds are, there’s someone else in the same boat. The more you put yourself out there, the more you discover about yourself and others and the greater possibility of finding someone who completely understands what you’re going through.

What do you hope readers will take away from PAPER GIRL?

I hope readers take away the message of how important it is to own who you are. Even our weaknesses can make us stronger people. I know society often tells us to be a certain way, but some of the greatest people in history chose their own path and created great and wonderful change.

It was very long and definitely felt too hard sometimes. I started my first book when I was twelve, wrote my first query letter to try to find an agent before I turned twenty, and wrote handfuls of books after that time (for about six years). I didn’t try to publish them all. In fact, many of them I wrote just for fun. But once I started officially writing YA fiction, it took me five books and about five years to sign with an agent (which actually happened after I got my first offer of publication). And it’s been a few years since then to get to this point.

It was when I decided to write YA. Truly. I wrote probably a dozen novels before that, mostly romance, and then when I was on the verge of signing with an agent, I realized my passion was young adult fiction. I basically had to start over and learn the genre and the pacing and what the market was looking for all over again. But by that time, I knew the steps. Get a killer critique partner(s), read EVERYTHING, enter contests, get feedback, and keep trying.

I usually start with listening to music on the playlist I’ve created for the story I’m working on and pacing (I walk several miles a day when I’m writing a first draft 😊). Then I can work anywhere once I’m ready. It’s usually at home on my couch with my laptop.

Read everything you can get your hands on until you find something that blows you away and makes you want to write a dozen more stories like it. Then harness that passion and get to work. Also, don’t give up. If writing is truly your calling, you have to know that it will hardly ever work out how you expect, so you just have to keep trying until you achieve what you’ve set out to achieve (whether that’s publication or completing your first full novel).

I’m a bad girl and I keep coming up with new ideas I want to work on and I’ve yet to commit. Two are contemporary stories, one that’s a very Jandy Nelson sounding tone with a Breakfast Club twist. The other is a straight-up sci-fi idea I got from a dream. It’s a little bit like Titanic in space. With androids. And robots. And romance. 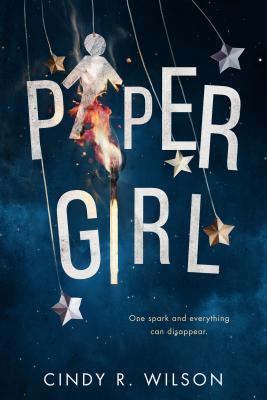 I haven’t left my house in over a year. My doctor says it’s social anxiety, but I know the only things that are safe are made of paper. My room is paper. My world is paper. Everything outside is fire. All it would take is one spark for me to burst into flames. So I stay inside. Where nothing can touch me.

Then my mom hires a tutor. Jackson. This boy I had a crush on before the world became too terrifying to live in. Jackson’s life is the complete opposite of mine, and I can tell he’s got secrets of his own. But he makes me feel things. Makes me want to try again. Makes me want to be brave. I can almost taste the outside world. But so many things could go wrong, and all it takes is one spark for everything I love to disappear… 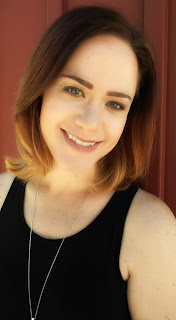 Cindy began creating worlds as a kid, entertaining her siblings with spontaneous ghost stories before bed. She filled notebooks with novels and ideas and realized quickly she wanted to be a writer as an adult.

Now Cindy lives in the foothills of the Rocky Mountains and loves using Colorado towns and cities as inspiration for settings in her stories. She’s the mother of three girls who provide plenty of fodder for her YA novels.

Cindy writes speculative and contemporary YA fiction, filled with a healthy dose of romance. She’s represented by Stacey Donaghy of Donaghy Literary.

Have you had a chance to read PAPER GIRL yet? Have you incorporated you own experiences with a disorder into your characters? Are you reading everything you can get your hands on? Share your thoughts about the interview in the comments!