Adaobi Tricia Nwaubani, author of BURIED BENEATH THE BAOBAB TREE, on delighting in rending her readers' hearts

We're thrilled to have Adaobi Tricia Nwaubani with us to share more about her latest novel, BURIED BENEATH THE BAOBAB TREE.

Adaobi, what did this book teach you about writing or about yourself?

I’m usually averse to reading sad stories or watching sad movies. My favourite genre is humour, and I’ve often wondered about authors who seem to delight in injecting as much sorrow as possible into their writing. But, while writing Buried Beneath the Baobab Tree, I sometimes found myself giggling like the crocodile who lay by the riverside and pretended that he was a log. I imagined young adults around the world reading innocently without having any idea that a heartrending scene or sentence was just around the corner. And I’m ashamed to say that this tickled my fancy!

Living in a place like Nigeria—where everything from power supply to internet connectivity can be so unpredictable—means that I can’t afford the luxury of developing rituals around my writing. I write whenever and wherever I can. When my flight is delayed by five hours (as local flights often are), I whip out my laptop and continue from where I stopped. When friends or relatives call unexpectedly to say that they are in the neighbourhood and will drop by, I stop working and attend to them. Also, working as a journalist, with constantly looming deadlines, means that I see writing more as something that needs to be done and gotten over with as soon as possible. No time for rituals and all whatnot.

What do you hope readers will take away from BURIED BENEATH THE BAOBAB TREE?

The 2014 abduction of over 200 girls from their school dormitory in Chibok, northeast Nigeria, received worldwide attention. My original intention was to write a book that focused on the Chibok girls – their lives before and after the abduction. But in addition to those from Chibok, many thousands of girls have been kidnapped from across the northeast of Nigeria by Boko Haram. Following aggressive military operations by the Nigerian armed forces after the Chibok kidnappings, thousands of these girls were rescued. Their stories are less well-known than those of the Chibok girls, but certainly no less important.

I want everyone who reads Buried Beneath the Baobab Tree to see these thousands of kidnapped girls not just as numbers, but as the curious, ambitious and lovely daughters whom their families wanted to see again. I want the world to know how irreversibly their lives changed since the kidnappings. I want the world to understand that these kidnappings are a horror that must be brought to an end as quickly as possible, and never be allowed to happen ever again. 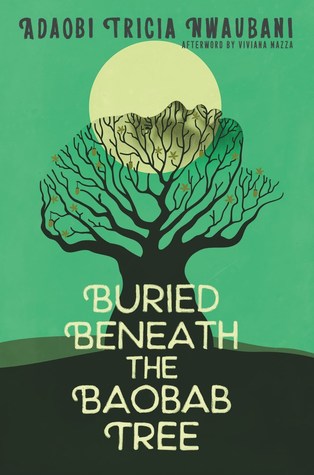 Based on interviews with young women who were kidnapped by Boko Haram, this poignant novel by Adaobi Tricia Nwaubani tells the timely story of one girl who was taken from her home in Nigeria and her harrowing fight for survival. Includes an afterword by award-winning journalist Viviana Mazza.

A new pair of shoes, a university degree, a husband—these are the things that a girl dreams of in a Nigerian village. And with a government scholarship right around the corner, everyone can see that these dreams aren’t too far out of reach.

But the girl’s dreams turn to nightmares when her village is attacked by Boko Haram, a terrorist group, in the middle of the night. Kidnapped, she is taken with other girls and women into the forest where she is forced to follow her captors’ radical beliefs and watch as her best friend slowly accepts everything she’s been told.

Still, the girl defends her existence. As impossible as escape may seem, her life—her future—is hers to fight for. 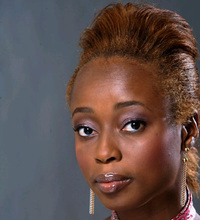 Adaobi Tricia Nwaubani is a novelist, essayist, journalist and humorist. She was born in Enugu, Nigeria. As a teenager, she secretly dreamed of becoming a CIA or KGB agent. She studied Psychology at the University of Ibadan. Her first income was from winning a writing competition at the age of 13. In her first year at university, she was a member of the Idia Hall Chess Team, and also a member of the university's (classical music) choir.

Have you had a chance to read BURIED BENEATH THE BAOBAB TREE yet? Are you able to get straight to writing without rituals? Have you incorporated heartbreaking true events into your stories? Share your thoughts about the interview in the comments!