Kit Frick, author of SEE ALL THE STARS, on putting her characters in tough situations

We're excited to have Kit Frick join us to share more about her debut novel, SEE ALL THE STARS.

Kit, what was your inspiration for writing SEE ALL THE STARS?

I’m drawn to complex characters, and my writer-brain delights in putting them in very tough situations and empowering them to dig their ways out. The idea for See All the Stars began with a “what if?” question: What if a girl lost all her friends and her boyfriend in one fell swoop—and what if she was partly responsible for what happened? Ellory’s story unfolded from there.

If you’re looking for rich, nuanced representations of friendships among teen girls, a few novels that really get at the heart of things are Always Forever Maybe by Anica Mrose Rissi, Underneath Everything by Marcy Beller Paul, and A Line in the Dark by Malinda Lo. One adult novel that absolutely knocked my socks off for its portrayal of a volatile teen girl friendship is Girls on Fire by Robin Wasserman. For atmospheric YA thrillers, I highly recommend Suicide Notes from Beautiful Girls by Lynn Weingarten and We'll Never Be Apart by Emiko Jean.

How long did you work on SEE ALL THE STARS?


I got the idea for See All the Stars in late 2014 and spent all of 2015 drafting and revising with the help of beta readers. Once I signed with my agent, we dove into further revisions before putting the manuscript on submission. See All the Stars sold to my editor Ruta Rimas at S&S/McElderry in October 2016, and from there, Ruta and I did two rounds of developmental edits before the book went into copyedits in its mostly final form in May of last year. So, the bulk of the writing and revising process took place during the course of about two and a half years. All told, it’s been three years and eight months from concept to finished book!

Read widely in your age category and genre. Get to know the playing field. Seek out trusted readers for your work and listen to their feedback. Know that you don’t have to take every piece of feedback. Revise. Revise more. Remember that publishing is not a meritocracy. There’s a lot of luck and timing involved in getting a book published, and while both of those factors are beyond your control, understanding that they play a key role can help put your experience and others’ in perspective.

My next book is another stand-alone YA thriller, called All Eyes on Us. It’s about two girls under unbearable pressure from their families and communities—and what happens when an anonymous texter threatens to uproot their lives. All Eyes on Us is scheduled to release in May 2019, also from S&S/McElderry, and I’ll be able to share a lot more later this year! 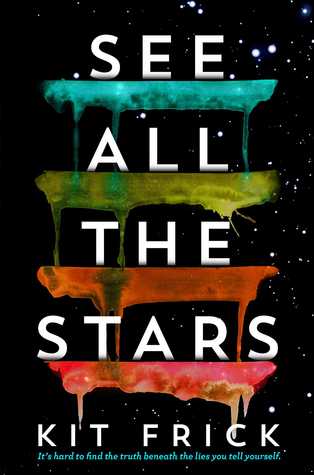 It’s hard to find the truth beneath the lies you tell yourself.

Now: Ellory is alone, her once inseparable group of friends torn apart by secrets, deception, and a shocking incident that changed their lives forever.

Then: Lazy summer days. A party. A beautiful boy. Ellory met Matthias and fell into the beginning of a spectacular, bright love.

Now: Ellory returns to Pine Brook to navigate senior year after a two-month suspension and summer away—no boyfriend, no friends. No going back. Tormented by some and sought out by others, troubled by a mysterious note-writer who won’t let Ellory forget, and consumed by guilt over her not entirely innocent role in everything and everyone she’s lost, Ellory finds that even in the present, the past is everywhere.

The path forward isn’t a straight line. And moving on will mean sorting the truth from the lies—the lies Ellory has been telling herself. 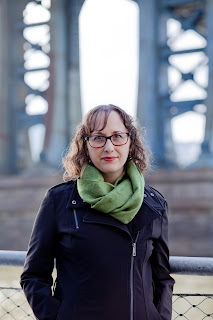 Kit Frick is a novelist, poet, and MacDowell Colony fellow. Originally from Pittsburgh, PA, she studied creative writing at Sarah Lawrence College and received her MFA from Syracuse University. When she isn’t putting complicated characters in impossible situations, Kit edits poetry and literary fiction for a small press, edits for private clients, and mentors emerging writers through Pitch Wars. Her debut young adult novel is See All the Stars (Simon & Schuster / Margaret K. McElderry Books, August 14, 2018), and her debut full-length poetry collection is A Small Rising Up in the Lungs (New American Press, fall 2018).

Have you had a chance to read SEE ALL THE STARS yet? Do you empower your characters to dig themselves out of tough situations? Are you able to keep in mind that publishing is not a meritocracy? Share your thoughts about the interview in the comments!