Alexandra Bracken, author of the THE DARKEST LEGACY, on making the switch from pantser to plotter

We're thrilled to have Alexandra Bracken join us to share more about her latest novel, THE DARKEST LEGACY.

Alexandra, what scene was really hard for you to write and why, and is that the one of which you are most proud? Or is there another scene you particularly love?

This book is structured a little bit differently than my other books in that the second act is bookended by two long flashbacks. These flashbacks reveal the answer to one of the mysteries of the book… though I won’t tell you which one because SPOILERS! The second flashback made me cry and was really difficult to write, though not for the reason I think readers are expecting. I love these characters so much that any kind of situation that brings them immense personal pain absolutely kills me.

It’s probably cheating, but I’m really proud of the whole book! It’s such a departure from my other stories, and it took a ton of hard work to get the structure and pacing of the reveals just right. I’m hoping it’ll feel unexpected to readers and it’ll open up a new part of the world they won’t guess going in.

How long did you work on THE DARKEST LEGACY?

I’ve gotten used to condensed timelines for my books to meet my one-book-a-year publishing schedule, but the deadline schedule for The Darkest Legacy was even tighter! If it had been any other book—AKA one I haven’t been thinking about and brainstorming for the better part of three years—I don’t think I could have written or edited it as quickly as I did. I started the first draft of the book in October of last year, after I got back from touring for The Dreadful Tale of Prosper Redding, then turned the first draft in… at end of December, I think. I revised from January to May, and the book went to the printer in early June.

I was also revising Prosper Redding’s sequel, The Last Life of Prince Alastor, during this same time period, so I would turn in a draft of TDL and then get Prince Alastor back the next day to work on that round of edits. It was a total marathon but absolutely worth it because I ended up with two books I really love.

I’ve talked about this before, but from early 2016 through 2017 I experienced what I call a crisis of confidence when it came to my writing. I won’t bore everyone with the details, but it was seriously affecting my enjoyment of the whole process. Worse, it resulted in a huge creative block.

Before this year, I was definitely a bit more of a pantser—I would have a general outline of the story, but I would leave a ton of freedom in the drafting process to figure out how the characters got from Point A to Point B to Point C. I had myself convinced that I couldn’t mess with my method or I’d never be able to finish another book. But I finally realized that just “going with my gut” was actually what was creating that feeling that nothing was working. I couldn’t trust my gut to make good storytelling decisions.

The only way I got out of that rut was to go back and really study craft. I completely overhauled my process to the point that I plot nearly everything in advance (though I’m always open to thinking of something better/cooler/stronger in the drafting or revising process and making a change). It made me feel more in control of the story and all of the character arcs, which then gave me confidence and allowed me to trust my intuition again.

This was the book that reaffirmed for me that I had made the right decision to take a break and reassess. I fell in love with it, because I believed in it from the start. It was so much easier to write and revise than even the other books in the original trilogy, and I never felt those creeping doubts that had plagued me for years. There are so many reveals and twists throughout this book that I’m not sure I could have written it at all without going back and building up my craft muscle.

I think I actually had a pretty typical road to publication when it comes down to it. The only difference is that I wrote and sold what became my first book, Brightly Woven, when I was in college. Before that, I’d written one book and gotten rejected by every agent in the business! I still got many rejections for both agents and editors with Brightly Woven, but that old adage is true—it really only takes one agent and one editor to say yes. My debut didn’t exactly make waves back in 2010, and I didn’t sell another book until The Darkest Minds series, which sold about a year later and was published in December of 2012. That’s the book that changed my life. It took publishing all three books in the series to be able to write full-time and quit my day job in publishing, and it’s amazing to me that the series is still alive and well years later!

These days my writing ritual is pretty boring! When I still had my day job and lived in New York City, I would only write on weekends, between the hours of 6 PM on Fridays until 4 AM on Saturday, and then write all through the day on Saturday into Sunday morning… and then write all day on Sunday. I wrote the whole Darkest Minds series on that schedule! Now I keep normal work hours, which helps me actually, you know, see my friends and not be a total recluse.

I used to have a terrible addiction to Mountain Dew and convinced my brain I needed it to write. Now I use it only when I’m on a truly intense deadline and I desperately need that little boost to get me through. I wake up in the mornings around 7 AM, feed and then walk my dog (if it’s not 100 degrees outside), feed myself, and then sit down to answer all of the emails that have come in from my publisher and agent. I usually start writing right around 10 AM and write throughout the day until 6 PM-ish. The best part of working from home is that I get to take breaks and play with my sweet doggo, who is very patient with me while I get my words in.

I definitely listen to music while writing! Actually, I listen to the same playlist throughout writing and editing, and usually start my work with the same song every single day. I also burn specific candles for each individual project. I basically train myself to use the association of those sounds and smells to quickly sink back into a story world. It sounds absurd but it works!

Don’t be afraid to try new things, whether that’s writing a different kind of story than you originally imagined, or trying a new method of drafting. I think all writers should be constantly pushing themselves to learn more and more and do better and better with each book, and that involves some trial and error. Don’t be afraid of failure—it isn’t forever. Along the same lines, read outside of your favorite genres! I always considered myself a big sci-fi/fantasy lover, but learned so much about plotting and pacing by reading mysteries and thrillers. 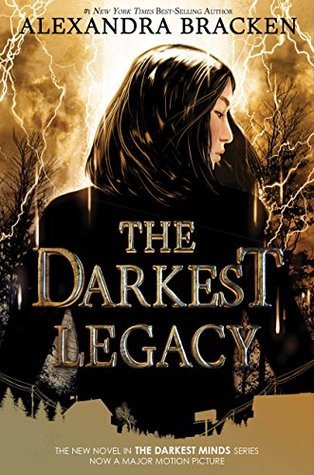 Five years after the destruction of the so-called rehabilitation camps that imprisoned her and countless other Psi kids, seventeen-year-old Suzume "Zu" Kimura has assumed the role of spokesperson for the interim government, fighting for the rights of Psi kids against a growing tide of misinformation and prejudice. But when she is accused of committing a horrifying act, she is forced to go on the run once more in order to stay alive.

Determined to clear her name, Zu finds herself in an uncomfortable alliance with Roman and Priyanka, two mysterious Psi who could either help her prove her innocence or betray her before she gets the chance. But as they travel in search of safety and answers, and Zu grows closer to the people she knows she shouldn't trust, they uncover even darker things roiling beneath the veneer of the country's recovery. With her future-and the future of all Psi-on the line, Zu must use her powerful voice to fight back against forces that seek to drive the Psi into the shadows and save the friends who were once her protectors.

Alexandra Bracken was born and raised in Arizona. The daughter of a Star Wars collector, she grew up going to an endless string of Star Wars conventions and toy fairs, which helped spark her imagination and a deep love of reading. After graduating high school, she attended The College of William & Mary in Virginia, where she double majored in English and History. She sold her first book, Brightly Woven, as a senior in college, and later moved to New York City to work in children's book publishing, first as an editorial assistant, then in marketing. After six years, she took the plunge and decided to write full time. She now lives in Arizona with her tiny pup, Tennyson, in a house that's constantly overflowing with books.

Alex is a #1 New York Times bestselling and USA TODAY bestselling author. Her work is available across the world in over 15 languages.

Have you had a chance to read THE DARKEST LEGACY yet? Do you use music or candles to sink back into your story world? Are you willing to try new things with your reading and writing? Share your thoughts about the interview in the comments!