Sarah Jean Horwitz, author of THE CROOKED CASTLE, on learning to write for a living

THE CROOKED CASTLE is the second book in the Carmer and Grit series, and we're delighted to have Sarah Jean Horwitz here to tell us more about it.

Sarah, what was your inspiration for writing THE CROOKED CASTLE?

I knew since finishing the first Carmer and Grit book, The Wingsnatchers, which focused on the invention of electric light, that I’d like each book to be tied to a technological innovation of some sort. After a few false starts, I finally settled on early flight as my jumping off point. The steampunk genre is obviously known for airships, but I thought it would be fun to include other technologies people were exploring from the late 1800s to early 1900s, from ornithopters to actual airplanes. Thus, the flying circus in The Crooked Castle that is Rinka Tinka’s Roving Wonder Show was born!

Looking back, I had an unusually easy experience with the first book, from the original idea to outlining, drafting, revising, and even on the road to publication. This book was much tougher, for a variety of reasons, and it was my first book ever written on a deadline. So I definitely learned a lot about what it’s like to write not just for yourself, but for a living. The book had to get done, simple as that. And it did!

I’m fortunate enough to have a very flexible day job, so I tend to be able to sneak in some writing if there’s a slow stretch or two during theday. Otherwise, I’ll usually write in the evenings. I’ll often take a walk or a short break after having finished my work-related tasks, and then I’ll sit down again at my office computer and try to bang out a few hundred words before heading home or to circus or acroyoga class. I try to get 500 words a day done, but it doesn’t always happen. I don’t usually write on weekends unless I’m really trying to finish something.

I like to keep a very relaxed schedule, with lots of time for exercise, circus arts classes, cooking homemade meals, watching TV, getting lots of sleep, and spending time with my partner. As you can probably tell from all this, I’m slow as molasses as a writer! But it all gets done in the end. Ideally, I like to have lots of silent, uninterrupted time to write so I can really get cracking, but again…the grass is always greener! I’d probably find some new way to goof off even if I did have that extra time.

I’m currently working on the first draft of a new middle grade fantasy story. It takes place in a fairytale-like world with a bit of a darkly comedic vibe, and follows the journey of a young girl named Clementine, the daughter of an Evil Overlord. Clementine runs into a few problems when she starts to realize she’s not too keen on continuing the family business of evildoing! There is also (probably) a talking sheep. It’s been great fun so far.

Magician’s apprentice Carmer and one-winged faerie princess Grit investigate a mysteriously magical flying circus in the follow-up to “a fun and frolicking middle grade adventure full of enough fantasy, humor and heart to make giddy even the most finicky reader.” (BookPage)

Shortly after saving the faeries of Skemantis, magician’s apprentice Felix Carmer III and his faerie companion, Grit, head out to see the world. They soon come across a mysteriously magical flying circus. As they get to know the outlandish world of Rinka Tinka’s Roving Wonder Show, it becomes clear there’s something not quite normal about this circus or its inventor—and that recent airship disasters plaguing nearby Driftside City may have a sinister explanation.

Fans of the Wildwood trilogy and Lockwood & Co. series will love the thrills and chills of The Crooked Castle as it takes readers up in the air with a flying circus, under the sea to the evil Unseelie kingdom, through a terrifying magical snowstorm, and on a chase with the menacing Wild Hunt. 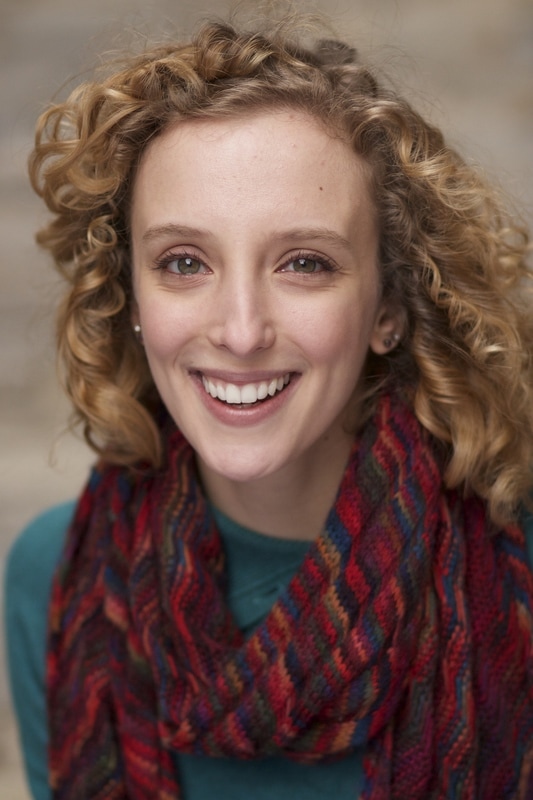 Sarah Jean Horwitz was raised in suburban New Jersey, where her love of storytelling grew from listening to her mother’s original “fractured fairy tales,” a childhood spent in community theater, and an only slightly worrying phase as a
pathological liar. Thankfully, she’s over the last bit.

​Sarah was a film production student at Emerson College when she took her first screenwriting class and realized that making up a movie’s story was a lot more fun than actually making it happen, and also that cameras are really heavy. More writing, including a semester in the Writers Guild of America East (WGAE) online mentorship program, followed. She graduated with a B.A. in Visual & Media Arts and a concentration in writing for film and television in 2012.
Naturally, the first project she decided to write after graduating film school was a book. A few years, a handful of continental U.S. states, and many odd jobs later, that book became THE WINGSNATCHERS, the first book in the Carmer and Grit series. The second book in the series, THE CROOKED CASTLE, comes out in April 2018. She hopes more stories – in all forms – will follow.
Sarah's other interests include feminism, circus arts, extensive thematic playlists, improvisational movement, tattoos, and making people eat their vegetables. She currently works as an executive assistant and lives with her partner near Cambridge, MA.

Have you had a chance to read THE CROOKED CASTLE yet? Are you able to sneak in some writing during your day job? Are you a fast or slow writer? Share your thoughts about the interview in the comments!