An Na, author of THE PLACE BETWEEN BREATHS, on it being okay to be slow and tinker

We're delighted to have An Na join us to share more about her latest novel, THE PLACE BETWEEN BREATHS.

An Na, what was your inspiration for writing THE PLACE BETWEEN BREATHS?

I began this book over twelve years ago shortly after my brother passed away. My first daughter had just been born so I would vacillate between incredible joy and deep sadness. My whole life, I had taken care of my younger brother, and here was this one time that I could do nothing to make things better for him. He had been suffering from mental illness for a few years and had a stay in a psychiatric hospital before he disappeared after being released for out patient treatment. We couldn’t find him and then the police informed my parents that he had been found having taken his life. My coping mechanism is always to turn to books to understand the depth of his illness and wrap my head around what happened to him. My mother gave me a box of his journals and writings and reading his writing just broke my heart. He had been suffering for so long with his demons.

I began reading extensively about mental illness, genetics, and schizophrenia. I wanted to write a story that asked hard questions about the choices that we think we have vs. the ones that are encoded into our genetic make-up. What can we control given we might be genetically predisposed to mental illnesses like schizophrenia or Huntington’s or even certain cancers. We have the ability to genetically test ourselves and know things about our future that we have never known before. So what does that mean? What choices do we really have? Extend that to racial, cultural, socioeconomic circumstances and consider the choices that a black young adult male might have in Los Angelous. Are they really true choices or choices that one must make within the circumstances that are given?

Growing up, I remember falling in love with existentialism. This idea that we are in control of our present and future through the choices that we make. This is an incredibly powerful notion, but who truly has that power without considering the circumstances be they genetic or social/cultural? How does our past affect our present? How can the notion of what lies in the future affect the choices that we make in our lives?

There is a scene in the middle of the book when Grace awakens from a black out moment and the reality of her life shifts through her. She knows that her father is dead, but she is unwilling to let him go. She also knows that her life is spiraling out of control, but there is a sense of comfort in stepping into an alternate world because living in a world without her father is too scary.

I also still tear up when I read the last scene with her father and mother and her father is absolutely powerless to do anything about Grace’s deteriorating health. He has tried to do everything in his power to make it better for Grace, but in the end, he cannot defeat her demons. He can only help her keep the faith that there could be another future ahead for her.

How long did you work on THE PLACE BETWEEN BREATHS?

Off and on for about twelve years. It was a hard place to be story wise so I would put it down when I got too depressed and picked it up when I couldn’t let it go and another scene would crystallize. I also had another daughter so that kind of slowed down the writing. But I knew I had to finish this story.

I learned that I am slow and I like to tinker and that is okay. So many writers I know produce more quickly, but I learned to be good with the kind of writer that I need to be in order to produce the best story that I can write. I love playing with structure as a way of reflecting story. I saw this story in my mind like a DNA strand. I always knew it had to be told in a three part timeline: past, present, future. But then I added the layer of the seasons representing those separate times. Once I had that in place, I could really get going. But something was just bugging me. The entire narrative wasn’t quite hanging together. And then I had this AH-HA DUH moment. Three time references and four seasons. Time cannot change and the seasons could not change in this story without the last component that makes everything tick and work and that is the undefinable, fourth dimension. The elements in our lives that we cannot know completely and that have so much weight in our lives. Call it faith, religion, science, karma, miracles, it's that fourth season in life that we cannot know for sure why or what it all means. For Grace, it is the voice of love and faith that there can be a different future.

What do you hope readers will take away from THE PLACE BETWEEN BREATHS?

I hope readers will come away with empathy for those who suffer from mental illness. That even the most insidious and difficult diseases can be fought. That there are good people, dedicated people who work so hard to make a difference whether they are in the lab or supporting a loved one through illness.

I had an amazing agent, Holly McGhee who basically talked me off the ledge of making a horrible mistake with my writing life. I hadn’t published in a while and I was worried I wouldn’t be able to get a contract. I asked her about contract or work for hire so that I could just make some money. She was incredible. She asked me what I needed in order to finish the novel and then went out and got me a contract. She said Caitlyn Dlouhy loved my writing and wanted to publish my next novel. And that was it. I jumped at the chance to work with Caitlyn and finished the novel.

All I can say is Vermont College of Fine Arts MFA program in Writing for Young Adults and Children. You will become the writer you were always meant to be.

I work at home and I listen to a lot of music that inspires the right mood or rhythm of various scenes.

Do not lose faith in yourself. It’s about the belief and the everyday. The minutia of trying again and again to make those words stick and sing. In the end, there is nothing else but the story and the characters. You can tweet, socially connect, do all sorts of things, but really, you have to want to sit and make your story world come alive and that can only happen by sitting down and doing the work.

I have a middle grade novel that has been in my head for a while, but then another voice that is YA came whispering and I’m trying not to listen, but I know I will eventually have to give in. But after I finish the middle grade first! 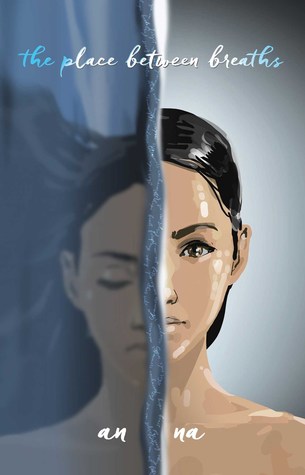 She is smart, responsible, and contending with more than what most teens ever should. Her mother struggled with schizophrenia for years until, one day, she simply disappeared—fleeing in fear that she was going to hurt those she cared about most. Ever since, Grace’s father has worked as a recruiter at one of the leading labs dedicated to studying the disease, trying to lure the world’s top scientists to the faculty to find a cure, hoping against hope it can happen in time to help his wife if she is ever found. But this makes him distant. Consumed.

Grace, in turn, does her part, interning at the lab in the gene sequencing department daring to believe that one day they might make a breakthrough…and one day they do. Grace stumbles upon a string of code that could be the key. But something inside of Grace has started to unravel. Could her discovery just be a cruel side effect of the disease that might be taking hold of her? And can she even tell the difference?

Unflinchingly brave, An Na has created a mesmerizing story with twists and turns that reveal jaw-dropping insights into the mind of someone struggling with schizophrenia. 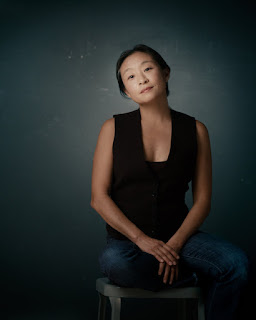 An Na was born in South Korea and grew up in San Diego, California. As a young person, she never imagined that she would grow up to be a writer. First, she thought she was supposed to be a doctor, but then after realizing how many years of schooling it would take, she moved her sights to being a pharmacist. In college, after taking political science and chemistry, being a lawyer started looking really good. It was only during her senior year in college, when she took a children’s literature class, did she discover her true love of writing. Having always been an avid reader, it had never dawned on her until that class that real people wrote books. Ding!

She left college with a clear goal to write and publish picture books. In the meantime, to keep her parents off her back, she worked as an English and history teacher for middle schoolers, pastry chef, video store clerk, ticket taker for Cirque du Soleil, and scared substitute for kindergarteners. After a few years of working, she went back to school and received her MFA in Writing for Children and Young Adults from VCFA. Her first novel, A Step From Heaven, was written during her time there and went on to be published, garnering awards such as the: Michael L. Printz Award, International Reading Association Award, National Book Award Finalist, ALA Best Books for Young Adults, and New York Times Book Review Notable. Wait for Me and The Fold followed a few years after along with two beautiful daughters. Writers can birth multiple entities, but not at the same time.

The Place Between Breaths, a forthcoming young adult spring 2018 novel will be published by Atheneum: Caitlyn Dlouhy Books. She lives in Vermont and teaches at Vermont College of Fine Arts in the Writing for Children and Young Adult’s MFA program. When she is not reading, writing, teaching or moming, she likes to run away from her chickens, make lots of food for gatherings and play amateur architect.

Have you had a chance to read THE PLACE BETWEEN BREATHS yet? Have you written a story inspired by family? Do you want to sit and make your story world come alive? Share your thoughts about the interview in the comments!