We're thrilled to have Livia Blackburne stop by with a special giveaway for her latest novel, ROSEMARKED. Take it away, Livia! 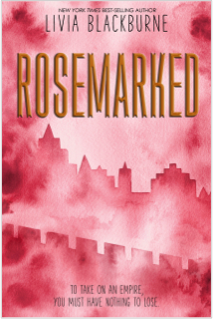 I'm thrilled to share ROSEMARKED with you at long last. There are a lot of elements to this book, including a love story, a spy story, reflections on trauma and mortality, medical ethics, and political intrigue. Perhaps because of this, my research for the book was equally eclectic, from archery and stick fighting lessons, to chats with memory researchers and soldiers, and lots and lots of reading, including books about leper colonies, hospice care, and PTSD. Hopefully, I wove it all into an entertaining and thought-provoking story!

This story centers on Zivah, a talented healer with an incurable illness, and Dineas, a traumatized soldier. The two couldn't be more different, and I had a lot of fun writing their unlikely love story. In order to work together, they both have to let go of their own prejudices and preconceptions. It's a painful process, with fights and misunderstandings, anger, laughter and tears, but in the end, they both come out as stronger people.

To celebrate the ROSEMARKED release, I’m offering 3 lucky winners a ROSEMARKED swag pack, which includes a copy of ROSEMARKED and a signed bookplate! Due to sweepstakes laws, entrants must be 18 years or older to participate. Best of luck, and happy reading!

The first in a duology, ROSEMARKED (Hyperion | On Sale November 7, 2017) by New York Times bestselling author Livia Blackburne follows a healer and a solider on a high-stakes mission to spy on the Empire to uncover a deadly secret. With sizzling chemistry and a heartrending ethical dilemma, this thrilling fantasy with nuanced characters will capture fans of An Ember in the Ashes and The Lumatere Chronicles. 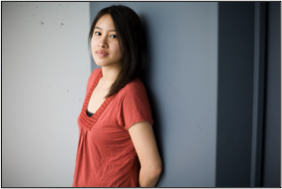 New York Times best-selling author LIVIA BLACKBURNE has a PhD in neuroscience from Massachusetts Institute of Technology, where she conducted research on the neural correlates of reading. She still blogs on the intersection of writing and brain science, and she now lives in Los Angeles with her family. Livia is also the author of Midnight Thief, an Indies Introduce New Voices selection, and its sequel, Daughter of Dusk.