Today, we're thrilled to welcome Shelley Sackier, author of THE FREEMASON'S DAUGHTER, with a great post on nurturing your imagination during the writing process. Stay tuned for more about Shelley and her book after the post, but right now, check out this special guest post!


Rabbit Holes: Some Call it Daydreaming, Writers Call it Work

Aristotle argued that all objects craved their “natural place,”—the geocentric center of the universe. That would be Earth. Okay, well at the time Aristotle was sucking in air Earth was considered the be all end all.

And maybe yes, there exists a few folks who still believe this and are lagging a bit behind with their history homework, not having quite caught up to where the rest of us live—aka more than two thousand years in the future. And within the world of fairly trustworthy science.

Although, to be fair, the science we all believed one hundred—or even one thousand years ago was believed to be trustworthy too.

Regardless, it was explained to me that ‘Aristotle believed that a dropped rock fell to the earth because rocks belonged on earth and wanted to be there.’

This is from a book currently resting on my bedside table: But What If We’re Wrong? By Chuck Klosterman.

Often, I liken myself to Aristotle’s rock. I belong at my desk, in front of my screen, with my hands hovering over my keyboard, and my eyes effortfully scanning words across a page.

Except thankfully, there are other forces of nature at play (read friends and family) that repeatedly fight Aristotle’s idea of gravity where I am concerned, shoving me out into the world where people and ideas are in mix and at play.

I am not at all a fan of going places where you have to make eye contact with others, or exchange words that add up to more than those in a haiku, or share the same oxygen molecules. This behavior comes about just before birth when whichever deity is creating your personality profile decides you’ll be a professional recluse and switches on the genetic codes for artless, awkward, blundering bore.

But ultimately these opportunities are the catalyst that make the question WHAT IF burble up from the basement of my brain. And that is not an altogether unpleasant feeling.

It starts like indigestion but then belches out with measurable relief.

Yes, regularly I collect data to support the theory that I should simply stay home and away from crowds (read anyplace another person is already occupying), but more often than not, I am wide-eyed with surprise to discover the hidden gems of history, or art, or that people have moved on from wearing elastic waist pants and eyeglass ropes.

Except no. Turtlenecks are here to stay, dammit. (And the earth is the center of the universe! Yeah, yeah, I hear you.)

But how many of us practice asking WHAT IF (insert head scratching query here) in real life? Chuck Klosterman did because he had to write a book where he asked a pile of crackerjack thinkers questions about their level of confidence on subjects like physics, and time, and whether AOL would ever come back into fashion.

And I do it because the thought of copying someone else’s ideas and simply giving them a limp and an accent is about as creatively appealing to my brain as separating all of the lint from my dryer into individual color piles.

Also because I enjoy electricity and food. Again … near carbon copies of other people’s tales do not equate to financial security. And more often than not a lawsuit.

But in real life? I’m not terribly sure I engage in this examination. Not nearly often enough anyway.

And maybe not at all ever—but that would be wholly embarrassing to admit on a public platform so let’s all pretend I didn’t, okey dokey?

This is not some sort of mid-life crisis desperate attempt to fill ever widening, fathomless gaps in my life, but rather just an everyday exercise of whim and whimsy. And okay, maybe a touch of the age thing, but hush—just follow me here.

It’s a fairly effortless task in my working realm, as the sky is the limit ergo, nothing is absurd. I can confidently lean back in my chair and ponder the impossible:

WHAT IF my main character quit his job, won the lottery, or discovered he had cancer?

WHAT IF my guy slowly starts to disappear, or can now communicate with polar bears, or wakes up with knees that can bend fully backward?

WHAT IF he can think himself anywhere, or program the earth to stop spinning, or activate himself to become any element in the periodic table?

WHAT IF every fictional character ever written about comes alive? WHAT IF we discover that our laws of physics only work this way on earth because we’re stuck on some default setting of one on a scale of ten and the answer has been printed on the last page of every IKEA instruction booklet?

But I rarely spend time going into that warren when I and my life are the subjects for consideration. And it might be fun—if not a little necessary at times.

We’re all full of certitudes in life. We’re sure our political view is wide enough, confident we think with deep consideration, positive we’re slightly above average—at least in comparison to the other yahoos we find ourselves surrounded by.

But what if we’re wrong?

What if I’m not really meant to be Aristotle’s rock?

What if I’m meant to be Aristotle?

If we’re all going to be proven wrong one hundred or one thousand years from now, where’s the risk, right? 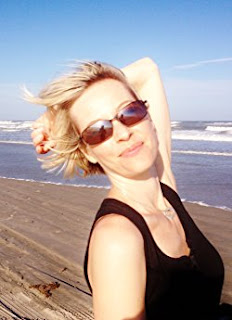 ABOUT Shelley Sackier
Shelley Sackier grew up in a small farming community in Northern Wisconsin continually searching for ways to grow warm. Her first novel, DEAR OPL, is a tale about an overweight, snarky thirteen-year-old, who suffers from loss everywhere in her life except on her body. She pens a weekly humor blog with illustrator Robin Gott at PeakPerspective.com. You can also find her on Twitter @ShelleySackier and at Goodreads.
Website | Twitter | Goodreads 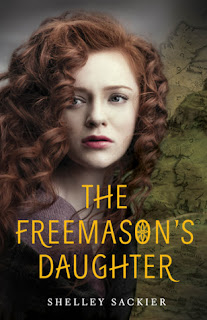 ABOUT THE FREEMASON'S DAUGHTER
Saying good-bye to Scotland is the hardest thing that Jenna MacDuff has had to do—until she met Lord Pembroke. Jenna’s small clan has risked their lives traveling the countryside as masons, secretly drumming up support and arms at every stop for the exiled King James Stuart so that he may retake the British throne. But their next job brings them into enemy territory: England.

Jenna’s father repeatedly warns her to trust no one, but when the Duke of Keswick hires the clan to build a garrison on his estate, it seems she cannot hide her capable mind from the duke’s inquisitive son, Lord Alex Pembroke—nor mask her growing attraction to him.

But there’s a covert plan behind the building of the garrison--a secret that cannot be revealed. Will Jenna hide her family’s mutinous plot and assist her clan’s cause, or protect the life of the young noble she’s falling for?

In Shelley Sackier’s lush, vivid historical debut, someone will pay a deadly price no matter what Jenna chooses.
Amazon | B&N | Goodreads
Kelly deVos at 8:00 AM