Today, I am beyond excited to present a very special guest post by ASSASSIN'S HEART author, Sarah Ahiers. I'm a bit of an outline and planning wonk, so I love learning more about the systems used by other writers. Plus, if you're a fan of the wonderful ASSASSIN'S HEART or its companion, THIEF'S CUNNING, you might be wondering how Sarah juggles the balls of world building, plotting and character development. This guest post offers fun insight into her 5-step process. Stay tuned for more info about THIEF'S CUNNING after the post. Now, here's Sarah!

Pre-Work for Your Best Work!
By Sarah Ahiers

Writing is hard. Really, really hard. We’ve all had those struggles, the times where you’re working on that first draft and it is just fighting you. And you start to question why it is you’re even a writer in the first place?

Not to mention being faced with the endless struggle of the writing community. The arguments and discussion of the best paths. That timeless question that haunts every newbie writer: should I outline or just wing it? Plan or pants it?

And, of course, the answer is the same as it is for a ton of writing advice: you have to do what’s right for you.

Figuring out your own personal process is one of the most difficult things every newbie writer has to go through. Some discover it right away. For some it will take many unfinished drafts and years of trying different things until they find something that sticks, that lets them regularly complete first drafts. And, sometimes, your process changes, even years later.

I, personally, am a planner. I do a ton of pre-work before I ever start writing my first draft. Because I know if I flounder in the middle of my draft and don’t know where to go, then chances are, I won’t finish the draft. *Sad trombone*

But because of this, I have tried a ton (A TON) of pre-work methods, and I’ve compiled a list of 5 tricks that I think can be useful to many writers (whether a pantser or a plotter) to help make the drafting process easier, faster, and cleaner.

The best thing about this list, too, is that it’s mix and match. If something sounds like it will work for you, give it a shot! If something makes your little pantsing heart balk in terror, throw that one out the window! Your process is your process. I’m only offering suggestions to maybe make writing that first draft a little easier.

1.     Inciting Incident
Now, hardcore pantsers may balk a bit at this, but since this is something that happens in the very beginning of the book, hopefully it’s not too much planning.

Before you set paper to pen, ask yourself, what is the inciting incident? What is the thing that happens that sets my character on their path of change?

This can be something big and external, like my character’s entire family getting murdered in my book ASSASSIN’S HEART, or a man-giant breaking into your house to say “Yer a wizard, Harry,” in HARRY POTTER AND THE SORCERER’S STONE.

But it can also be something quieter, or not as obvious. Meeting a girl at a coffee shop, perhaps, who smiles at your character in just the right way.

I am terrible at character. I default to writing passive characters who just react to everything. So this pre-work is super important to me, because I can save myself a lot of revising if I get this pre-work done right.

Questions to ask yourself about your character before you even write CHAPTER ONE on your blank document:

If you have a firm understanding of your character, who they are, how they behave, then they will drive your story to those magical first draft words: THE END.

3.     Three Disasters
Maybe you don’t want to know everything that happens in your story. You need to explore as you write, to see where it takes you. And that’s okay! But maybe, too, you can think of a few major plot points to keep you from getting completely lost.

This is where Three Disasters come about, coined from the Snowflake Method.

What are three horrible things that can happen to your character? (Horrible is, of course, relative depending on the type of book you’re writing.)

One of them can be the inciting incident, if you’d like. But what are two more? Does someone die? Do they break up with their SO? Do they lose an arm? The options are limitless!

It’s okay if that first disaster comes about because of external things, but it’s best if those next two disasters come about because your main character is trying to fix things, or driving toward the thing they want most in the world, and they make things worse. How does your character’s controlling emotion lead to the disasters?

If you sit down and write out your three disasters before your draft, you will have three major plot points mapped out and ready for you to aim for as your pen wanders about, letting the gaps fill themselves in.

4.     Write a Query
I know, I know! Query writing is haaaaaard. No one wants to do it (unless you’re me.)
But let me tell you, writing a query before you write the draft is a stone-cold awesome way to get your head on straight about your draft.

Maybe when all is said and done, the finished draft won’t resemble what you wrote in the query, but that’s okay! The point of the pre-work query is to help you write the draft.

You’ll write that query and have a one page synopsis of what you think your story is going to be about. It’s not too detailed, just enough to say what’s going to happen to your character.

Then, when you get to the mid-point of your draft and it’s gotten really hard, and you think you’re a terrible writer, and you’re not even sure if this story is any good, and why did you think this was even an interesting plot, you can whip out your query, give it a read, and be reminded of what it was that you thought was interesting about your story. You’ll see it as a whole, on a micro scale and think “Right. This story sounds cool. I can do this.” And you’ll push forward with your draft.

Bonus! When the draft is finished, you now have a query draft already written to use as a query or a pitch letter or an online blurb!

5.     Outline/Beat Sheet/Whatever
This is where I know pantsers are going to cover their ears and say “Lalala! We can’t hear you!”
And I get it. But hear me out, please!

Not all outlines are created equal. The key is to find one that works for you.

Some outlines are super detailed, telling the writer exactly what happens in every paragraph.

But not all outlines are like that! Mine tend to be a list of scenes. They may say something like “Lea gets arrested.” And then “Lea and Les kiss.” But why/how Lea gets arrested, and what leads to that first kiss, I won’t know until I get to that scene and write it.

An outline can keep you on pace. Maybe writing is like wandering the desert for you, seeing what there is to discover in the wilderness. But an outline could be your compass, making sure that you’re always headed north, and not getting lost along the way.

Even just vaguely thinking about an outline may be enough to make that first draft that much easier to complete.

And that’s it! Those are my 5 pre-work tricks that can help make writing the first draft so much easier. You can experiment within these tricks, too. Maybe you realize you need to go really deep in your character before starting your draft. Or maybe you realize you don’t actually even need outlines as long as you know your three disasters.

The sky is the limit! The key is to figure out what works best for you. And then write your precious little hearts out. 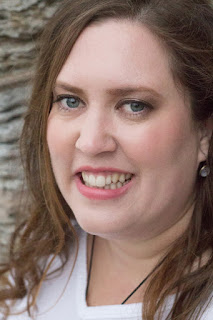 About Sarah Ahiers
Sarah Ahiers is the author of ASSASSIN’S HEART and THIEF’S CUNNING (HarperTeen.) She has a house full of dogs and other critters, an MFA in Writing for Children and Young Adults from Hamline University, and when she’s not writing she spends her time with good games, good food, good friends, and good family.
Website | Twitter 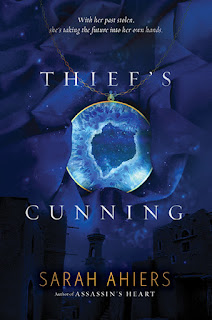 About THIEF’S CUNNING (companion to ASSASSIN’S HEART)
Allegra Saldana has always had to look over her shoulder. As the niece of the infamous assassin Lea Saldana, Allegra is used to hiding from people who want her dead. Once the strongest clipper family in the Kingdom of Lovero, the Saldanas—or what’s left of them—are now the most hunted. Their number one enemy is the Da Vias, whose thirst for retaliation is almost two decades in the making.
But lately Allegra’s getting fed up with everything being kept from her—including her parents’ identity. When she finally learns the truth about her family, though—that she’s a Da Via—her world crumbles. Feeling betrayed by the people she trusted the most, Allegra turns to Nev, a Traveler boy whose presence makes her feel alive in ways she’s only dreamed of.  But getting caught up in Nev’s world has consequences Allegra never saw coming.


In this dark and enthralling fantasy that fans of Sarah Maas and Leigh Bardugo will devour, one girl must decide if she’s destined to pay for the wrongs of her family’s past—whether Saldana or Da Via—or if the future is hers for the taking.
Amazon | B&N | Goodreads
Kelly deVos at 8:00 AM