Ismée Williams, author of WATER IN MAY, on making the reader feel emotion

We're excited to have Ismée Williams stop by to tell us more about her debut novel, WATER IN MAY.

Ismée, what was your inspiration for writing WATER IN MAY?

I was one of the few Spanish-speaking pediatric cardiologists in the Washington Heights hospital where I worked so I saw a lot of Dominican patients. Can I just say how wonderful it is to be a pediatrician in a community where children are treasured above almost everything else? I also enjoyed the similarities between the island culture of the Dominican Republic and that of my mother’s Cuba. I had the privilege of caring for many pregnant Dominican women whose fetuses had heart defects. Several of them were young, not even out of high school. Their thrill and determination to become mothers was never dimmed by the challenges of raising a special needs child. When I was first practicing, I believed them naïve. I thought there was no way they could handle it. But they proved me wrong. After their babies were born, these young mothers learned how to administer tube feedings and read oxygen saturation monitors. They came back for multiple appointments with cardiologists, surgeons, therapists and social workers. Some had considerable help from family. Some didn’t and were alone. But all of them did what had to be done to care for their sick babies. As a new mother, grappling to balance my marriage, my medical career and a newborn, these patients inspired me. I wanted to tell their story. I made up my main character, Mari. But what she goes through is based off of many of my patients’ experiences.

Though I didn’t start writing WATER IN MAY with this intention, I realized once I was done I could use the novel to increase awareness of congenital heart disease. From the beginning of my career I had been involved in research and was lucky enough to be a part of a national network of physician-scientists working to enhance the quality of life of our patients. But doing research is hard. It takes a long time. And it’s not always successful. The question you start with – the hypothesis, as we scientists call it, often something you want to test, whether it be a new drug, a new surgery, or identification of a risk factor to help distinguish which patients need more attention – is not always answered with certainty. You can be left no better than you started. After long years of work. And the almost instantaneous positive feelings a doctor receives from helping a patient is absent in research. But doing scientific work is important. Because that is how advancements are made. And did I mention that doing research is expensive? Very expensive. Whereas a physician can make money by seeing patients, the physician has to “win” money in the form of a research grant to be able to carry out the research (and make up for the lost time spent not seeing patients). Grants are hard to get. Many deserving individuals’ careers stop short because they didn’t get the grant and it is easier to just see patients. So my inspiration for WATER IN MAY was also fueled by my desire to draw more attention to the over 2 million Americans living with congenital heart defects. There have been major advances in the field. Babies who decades ago would be left to die are being treated and surviving into their twenties and thirties and even forties. But there is still work to be done. I will be donating a portion of the profits from book sales of WATER IN MAY to research. My hope is that increased public awareness will lead to further donations for research, parent support groups, teen support groups–you name it. There is a LOT to do! And increased awareness hopefully means more understanding. If reading WATER IN MAY means more empathy for patients and families affected by CHD, even better.

None of the scenes in WATER IN MAY were particularly difficult to write. I wrote the novel so quickly after I had drafted an outline that the scenes just came one after the other. There is a scene of which I am especially proud. If I shared that with you it would be a total spoiler though! So let’s just say it is one of the scenes that is supposed to trigger emotion.

How long did you work on WATER IN MAY?

I started WATER IN MAY when my research and clinical responsibilities in the hospital were minimal so I was able to pick up momentum. Once I was satisfied with my outline, I completed a first draft in a little over three months–incredibly fast for me. I sent it off to my writers’ critique group, received great feedback and attended two writers’ conferences for more input. That was another three months. After I had edited and polished as much as I could, I started querying agents. I was beyond lucky to get an offer of representation from Jim McCarthy from Dystel, Goderich and Boucher, agent extraordinaire. Jim had some excellent suggestions of his own that I addressed then the manuscript was sent out to editors. Anne Heltzel from Amulet Books, an imprint of Abrams Publishing, loved it and acquired WATER IN MAY in early 2015. So just over 12 months passed from starting to write to acquisition. Of course there was still more to be done. Anne wanted more of Mari and her world along with some fleshing out of subplots, which took a few more months. By and large, the entire process went faster than I imagined it would. It was very easy for me to write about Mari and what she was going through because I had a very firm grasp of her character and what she would do. For me, that is the most difficult challenge of writing. If I don’t have a character nailed down, if I continue to adjust or embellish their basic traits, it makes for considerably more editing.

What do you hope readers will take away from WATER IN MAY?

One of my main goals in writing is to make the reader feel emotion. It was what reading did for me when I was on bedrest before having my third baby and I finally picked up something for fun after years of only reading medical texts. I felt such profound gratitude for the book that awoke that part of me that had gone dormant through medical school, residency and fellowship training (eleven years in total!) when I was only using my analytical science brain. The immense feeling of relief made me want to write fiction too, to make someone else FEEL. So that is what I hope for WATER IN MAY. That my readers come away from it feeling affected and changed in some way, hopefully for the better!

I wouldn’t say my road to publication was particularly hard but it wasn’t short! WATER IN MAY was my second manuscript. My first, written during the last three months of my third pregnancy and edited over the following four years, was put aside when I realized it perhaps wasn’t unique enough compared to what was already out there. That was when I started to write WATER IN MAY, though in all honesty, the idea for WIM had been in my head for years. I just wasn’t in a place where I was ready to give up on that first manuscript! (Not to imply I have given up. One of these days I intend to dust it off and approach it with fresh eyes.) But those years I was reworking manuscript 1.0 were extremely instructive for me as a writer. I scrounged time to attend local SCBWI conferences where I gained not only practical writing advice but learned how to navigate the world of children’s publishing, including how to write a proper query letter. One spring I took an evening workshop held in the apartment of a fellow author and writing instructor, Barbara Seuling. Once a week we sat around her dining table and took turns reading our chapters out loud and receiving critique from Barbara as well as fellow students. I also obtained valuable manuscript feedback for my first work from Laura Ruby, a recent Printz Honor Award recipient. Laura opened my eyes to principles such as POV and emotion arc and the idea that love interests cannot be too disparate in strength or the tension between them will suffer. Her editorial letter was impressive and I use it as a template when providing feedback to my fellow critique group members, who I also found through SCBWI. My advice to the aspiring writer is this: don’t give up. Keep writing. Keep learning. And surround yourself with supportive people.

I am working on something very different from WATER IN MAY. It is still YA but I decided to stretch my writing muscles. ​It may turn out to be a flop, but I love to read so many different kinds of books and I didn’t want to limit myself so early in my writing career. Stay tuned!

Fifteen-year-old Mari Pujols believes that the baby she’s carrying will finally mean she’ll have a family member who will love her deeply and won’t ever leave her—not like her mama, who took off when she was eight; or her papi, who’s in jail; or her abuela, who wants as little to do with her as possible. But when doctors discover a potentially fatal heart defect in the fetus, Mari faces choices she never could have imagined.

Surrounded by her loyal girl crew, her off-and-on boyfriend, and a dedicated doctor, Mari navigates a decision that could emotionally cripple the bravest of women. But both Mari and the broken-hearted baby inside her are fighters; and it doesn’t take long to discover that this sick baby has the strength to heal an entire family.

Inspired by true events, this gorgeous debut has been called “heartfelt, heartbreaking and—yes!—even a little heart-healing, too” by bestselling YA novelist Carolyn Mackler. 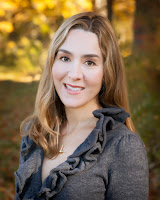 Ismée Williams is the author of WATER IN MAY (September 12, 2017; Abrams/Amulet Books), a pediatric cardiologist who trained and practiced for 15 years at Columbia University Medical Center in New York City, the daughter of a Cuban immigrant partially raised by her abuelos, and the mother of three daughters, all of which have helped her to understand the many Maris she has met along the way. You can visit her at www.ismeewilliams.com.

Have you had a chance to read WATER IN MAY yet? Has your day job inspired a story idea? Have you gotten manuscript feedback that has opened your eyes to writing principals?