When McKenzie Cadenhead, author of SLEEPER (released 8/1, Sourcebooks) told AYAP that she used to be a comic book editor, we immediately hoped she'd do a WoW post. Writers today find it particularly important to be cinematic in their scene and world building, something comic book writers and artists have to be exceptional at it. Without further ado, here's McKenzie on what writer's can learn from comic books.

Using Comics to Improve Your Storytelling
By MacKenzie Cadenhead
Before I started writing novels I was a comic book editor. And to answer your question, yes. It was one of the best jobs ever. I collaborated with incredible writers and artists. I worked on projects that I love, some of which are now being made into Marvel TV shows—I’m looking at you, Runaways! I even scaled a wall with a certain 1990s television child star at a party at Comicon…but I digress. Mostly, I learned things about storytelling that influence my writing today.
Here are some of the highlights.
Cliffhangers! I love them. Comic book storytelling is serialized storytelling. Each month one part of the larger story is revealed in the form of a single comic. In order to ensure that your readers will return next month, you have to leave them with a question unanswered and the promise that the answer will come in the next issue. Whether it’s seeing Spider-Man trapped in Doctor Octopus’s crumbling lab (will he survive?) or revealing the shocking identity of the traitor within a super hero team (will the team be destroyed?), creating moments that make your reader not just want but need to read on is key. In my books, I like to end almost every chapter with a cliffhanger.
Visual Storytelling! After years of marrying art to text I can’t write a moment if I can’t see it. I choreograph every bit of action that takes place in my books, even going so far as to sketch a map of a given location so I can see where the characters will move around. You don’t have to be an artist to do this, either. When I say I sketch a map I mean I draw a box on a piece of paper and write down where certain objects are located. If I need a character to smash a lamp over someone’s head, I have to know where that lamp is so that all the participating characters are in the right place at the time of the smashing.
Alliteration and Wordplay! Listen, you can’t work at the house Stan Lee built without literally loving language. Dialogue and narration should be dynamic and if I’m not having fun reading it why should anyone else? Though I’ve been known to agonize over a word choice for days, I can’t imagine being any other way. Because when a phrase works it sings.
Collaboration! The very best thing about comics is that the story develops out of the collaboration of the writer, penciler, inker, colorist, letterer and editor. Every discipline responds to what comes before and in the best collaborations questions are asked, story beats are dissected, characters are drawn and redrawn. The end result is always better for it. Of course novel writing is different in that it’s a solitary experience. So I had to change that. When I first started writing I joined different workshops and swapped pages with other writers offering my feedback in return for theirs, until I found the collaborators that were just right for me. Now I have a monthly workshop with two other other middle grade/YA writers, and I swap complete manuscripts with a thriller writer and a screenwriter.


Whether its comics, videogames, music, or something else, looking to the things you love and figuring out why you love them can offer inspiration and tools to use in your own writing. What are those things for you? 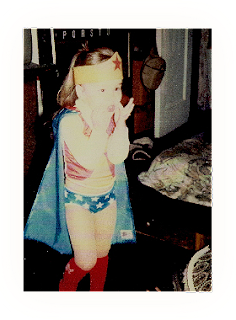 ABOUT MacKenzie Cadenhead
MacKenzie Cadenhead was born and raised in New York City, where she mastered her driver's ed lessons in Chinatown, but somehow never learned to ride a bike. After trying her hand at a number of odd jobs—holiday gift wrapper, tour guide, pizza delivery person, waitress at IHOP—she spat in the face of employability by delivering the one-two punch of a BA in English (Haverford College) and a Masters in Dramaturgy (Brooklyn College). Thanks to a case of mistaken identity (or to her interviewer being too embarrassed to admit that he didn't know what a dramaturg was), she was hired as a comic book editor for Marvel Comics. At Marvel she developed new content for young and teen readers, including the all-ages Marvel Adventures line, Spider-Man Loves Mary Jane, Spellbinders, and Runaways, an ALA Top Ten Best Books for Young Adults, 2006. (Check them out—they're great!)
These days she writes children's books and reads them to her family, most notably her dog, Smudge. Her middle-grade novel, Sally's Bones, and her Young Adult novel, Sleeper, are both currently available wherever books are sold. Her early chapter book for kids, Deck the Malls!, will be available from Marvel on September 5th. 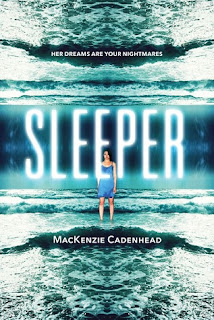 ABOUT SLEEPER
As if surviving high school wasn’t hard enough, Sarah Reyes suffers from REM Sleep Behavior Disorder, a parasomnia that causes her to physically act out her dreams. When she almost snaps her friend’s neck at a sleepover, Sarah and her nocturnal habits are thrust into the spotlight and she becomes a social pariah, complete with public humiliation.
When an experimental drug comes onto the market that promises nighttime normalcy, Sarah agrees to participate in the trial. At first, she seems to be cured. Then the side effects kick in. Why does a guy from her nightmare show up at school? Are the eerily similar dreams she’s sharing with her classmates’ coincidence or of her making? Is she losing her mind or does this drug offer way more than sleep?
Amazon | B&N | Goodreads