Katie Kennedy, author of WHAT GOES UP, on writing books that she wanted to see

We are ready to join NASA ourselves after talking with Katie Kennedy about her latest novel, WHAT GOES UP.

Katie, what was your inspiration for writing WHAT GOES UP?

I was sitting in my car in my driveway, thinking about what I like in books—what brings the fun. And one thing I really enjoy is tests or trials, so I thought I’d write a book that started that way.

I wrote a character, Rosa, into a corner. She’s a small girl who is required to fight a large guy. I love all the badass girls in YA who twirl swords and throw daggers and take down a dozen adult men without breaking a sweat. Those are great books! But real life isn’t like that for small girls who get jostled in high school halls. I wanted to write something for them—I wanted to let them win a fight. But I had no idea how to do it. I just wrote up until the decisive moment and told Rosa that she was going to have to figure it out because I had no clue what she should do. And she did it.

I’m also pretty proud of my knock knock jokes, although I really shouldn’t be.

No, I still have no idea how to write a novel, but I had an Aha! moment for this book. It was when I realized that the inspiration for my guy MC, Eddie, was Scipio Africanus, Rome’s general in the Second Punic War. Then a whole lot of things fell into place. So basically I made Scipio a seventeen-year-old from Indiana and gave him a spaceship.

I work at home because the dog gets lonely if I’m gone. It can’t be too quiet for me, but Ernie gets bored with no stimulation so I’ve started playing classical music when he’s restless. Sometimes I sing to him, too.

I’m writing another sciency YA, revising a MG, and I have a secret project that’s really fun. Action-packed and wildly funny, this near-future sci-fi features three teens on an inter-dimensional mission to save the world.

Rosa and Eddie are among hundreds of teens applying to NASA’s mysterious Multi-World Agency. After rounds of crazy-competitive testing they are appointed to Team 3, along with an alternate, just in case Eddie screws up (as everyone expects he will). What they don’t expect is that aliens will arrive from another dimension, and look just like us. And no one could even imagine that Team 3 would be the only hope of saving our world from their Earth-destroying plans. The teens steal the spacecraft (it would be great if they knew how to fly it) and head to Earth2, where the aliens’ world and people are just like ours. With a few notable exceptions.

There, the teens will find more than their alternate selves: they'll face existential questions and high-stakes adventure, with comedy that's out of this world. 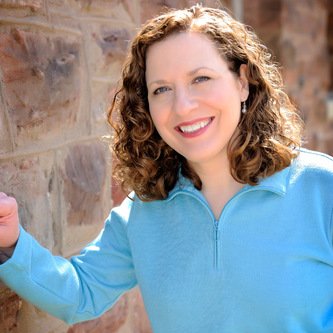 Katie Kennedy is a college history instructor who lives in Iowa. She and her husband have a daughter, son, cat, and dog. She has a cornfield in her backyard, and hopes that someday Rosa and Eddie will land in it.

Have you had a chance to read WHAT GOES UP yet? Do you get caught up in trying to write what you think is "in demand"? Have your characters gotten themselves out of situations you had no clue how to help them with? Have you been writing and realized your character was a "reincarnation" of someone else? Share your thoughts about the interview in the comments!