Wendy Spinale, author of UMBERLAND, on having to kill off one of her favorite characters

We are delighted to have the opportunity to chat with author Wendy Spinale about her latest novel, UMBERLAND, the second book in The Everland series.

Wendy, what was your inspiration for writing UMBERLAND? 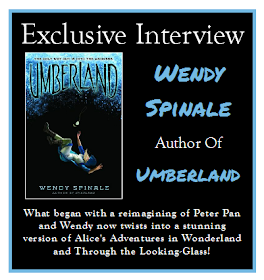 Like EVERLAND, my stories are inspired by my love for fairytales and my background as a former Disneyland actress.

The hardest scene to write was a death scene of one of my favorite characters. I tried really hard to wiggle out of it, but ultimately I knew his fate was set in stone. Writing the Labyrinth scenes were incredibly fun. One technique I used in creating a story is to write down every impossible thing that could happen to my characters and choose the ones I like the best. The Labyrinth was the perfect setting for that writing tool.

The Lunar Chronicles are one of my favorite fairytale retelling series. Think cyborg Cinderella along with an entire mixed up cast of other classic stories. Plus, I adore Marissa Meyer. Prior to my book deal with Scholastic, I had written to Marissa about how much I loved her books and that I was searching for an agent for the Everland series. She was incredibly sweet and informative. She still is one of my biggest cheerleaders.

How long did you work on UMBERLAND?

From the beginning of researching to the final draft, it probably took me around eight months to complete.

This is a great question. I have discovered that both Everland and Umberland have very synchronistic events with things that have gone on in my personal life. In both stories, the cast has had unbelievable trials thrown at them and yet in spite of their losses, they endure. I wrote Everland just prior to death of a family member. I see elements of hope in the midst of insurmountable struggles in that story. Umberland was written a few years later and tends to run a little darker. At the time I wrote it I was grieving the unexpected deaths of my family member and also my dog. My middle son was diagnosed with Type 1 Diabetes. There were other struggles within my small family unit as well. It was an incredibly tough year for me and those I love. Umberland, in many way, is a reflection of what was happening in the real world around me. Chaos. Unpredictability. Illness with no cure. There are a lot of themes that run through the books, but the one that speaks most to me is triumph over darkness.

What do you hope readers will take away from UMBERLAND?

Beside just enjoying the world Alyssa, Maddox, and the rest of the cast have been put in, I hope that readers will see that the world is unpredictable. There are very few things we are in control of, especially in this day and even more so at the young age that a teenager is in. Villains come in all forms, whether that be in people or circumstances. Sometimes you can't see them like the Bloodred Queen off in Germany, or that social media bully, or the one that steals your phone from your backpack without you knowing. The one thing we can control is how we respond. We can self-medicate like those in the Poison Garden, however the problem still remains. We can cower and allow them to have power over us. Or we can live boldly, confident in who we are and with integrity, refusing to let anyone how the power to steal our joy.

The journey is always difficult no matter how many books or how long it takes. There's always that anticipation of will this one be THE ONE that the industry wants. I started off as a journalist and when I lost my job in December 2012. I was offered representation by my fabulous agent Thao Le in the spring of 2014. Everland was sold September that same year. I wrote a couple of books I hope to one day go back to. Everland was my first offer for representation and the first book I sold.

I don't know that there was ever an actual AHA moment. I have a million ideas for stories. It was just a matter of picking the one I knew I could be passionate about.

I have no ritual. I write with coffee, water, wine. I write at home, in coffee shops, at restaurants, in pubs. I write with music, bickering children, barking dogs, the bustle of customers, and once in the midst of a bar fight between two very intoxicated men.

Never let a critique hurt your feelings. Take everything in as suggestions. Remember, you don't have to apply them to your work if you don't want to and often times someone will give you just enough information to generate an idea.

Book three!!! So excited to share more of my crazy fun cast of characters. What began with a reimagining of Peter Pan and Wendy now twists into a stunning version of Alice's Adventures in Wonderland and Through the Looking-Glass!

Gwen, Pete, and the others have escaped from Everland. But the safe haven they hoped to find at Alnwick Castle doesn't exist. With the Queen of England on her deathbed, Duchess Alyssa has stepped in to lead, but things have gotten worse as the cure Doc created for the Horologia virus has mutated, accelerating the disease. The only possible solution he can think of is to go back to the virus's origin: an extinct poisonous apple.

Legend has it a tree bearing the apple might be found at the center of a deadly labyrinth hidden deep within Germany. A place that no one in their right mind enters. Leaving Pete in charge of the survivors, Alyssa sets out with only her sword, her wits, and the help of Maddox Hadder, a wild boy who oversees the castle gardens. To get to the center of the maze, she'll be forced to battle monsters more terrifying than her darkest nightmares.

But can anyone truly survive the madness of the maze? And what if there's no apple to be found there? 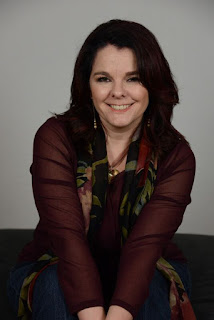 During college Wendy Spiale was living in southern California working for Disneyland as a Cast Member in the Entertainment Department. She met her husband there who was also a performer. After four incredible years working with the Mouse, they moved to his hometown in the Bay Area and married.
Wendy eventually got her Bachelor's in Kinesiology and worked in the fitness industry for ten years before a knee injury ended her career. Not sure what to do with her time, she applied to a job posting to be an online journalist. Wendy loved writing, but had no experience. She didn't hear back so she wrote up a review about a local restaurant and sent it to them to prove she could do the job. Twenty-four hours later, she was a journalist with AOL Media/Pleasanton Patch.
Wendy spent three great years with them before cut backs forced her to be without a job again. That's when she started writing her first novel, which went nowhere. Dozens of rejection letters later, she started a second book. A year later she was offered representation by Thao Le from Sandra Dijkstra Literary Agency and within another six months she was offered a book deal. Everland (Scholastic) debuted in the Summer of 2016!
Today she lives in the Bay Area with her husband and three sons who are her biggest fans. While they're off at work and school, Wendy  bounces ideas off her four-legged, furry family members, Odie and Alex.
---

Have you had a chance to read UMBERLAND yet? Have you had to say goodbye to one of your favorite characters, even after trying not to? What's the strangest writing situation you have been in the middle of? Has it gotten to a bar fight? Are you able to take critiques at face value? How many of your stories have been inspired by your past jobs? Share your thoughts about the interview in the comments!