Laurie Boyle Crompton, author of LOVE AND VANDALISM, on learning from her "practice novels"

We are loving the inside scoop Laurie Boyle Crompton is sharing with us today about her latest novel LOVE AND VANDALISM. 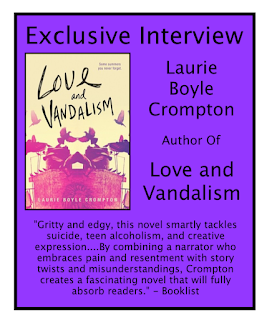 Laurie, what was your inspiration for writing LOVE AND VANDALISM?

I grew up in a rural area in western PA and we had a bridge on the way to our high school that was completely covered in graffiti. Mainly with the names or initials of senior students with a few bad words mixed in. My best friend and I decided that getting our names on that bridge would be the opposite of everyone’s expectations of us. We were such good girls! So, one night we bought two cans of spray paint and dressed up like ninjas which was maybe not the wisest attire since that bridge was on a dark, windy road. But to us, getting caught seemed like the worst thing that could happen, so we took our chances with oncoming cars. Once there, we spent a ridiculous amount of time spraying a nice big background square so our names would stand out and found ourselves running out of paint by the time we were ready to start our ‘tags.’ We did get our names up there, but they were written faintly and it was only a few weeks before another senior took advantage of our nicely prepared background box and scrawled a large ‘BILL’ over both our names. Thankfully, the fun experience was the part of our adventure that we got to keep and I will always treasure that night with my friend right before we graduated and moved to separate states.

There is a scene where Rory and her father are fighting and I drew from a difficult time that my dad and I went through. It wasn’t easy, but I think the best scenes come from true places and a willingness to ‘go there.’ My dad and I have a great relationship today, but let’s face it, it’s not as compelling to read a story about a father and daughter eating ice cream together and getting along. When people share DNA they can often butt heads, but helping Rory and her dad work through their issues felt cathartic in a way I didn’t even expect.

Patty Blount’s SOME BOYS deals with sexual consent in a very powerful way. While LOVE AND VANDALISM comes at the issue from a different direction, I believe both books have kickass main characters that readers will connect with. Not to mention both books include super-swoony crushes!

How long did you work on LOVE AND VANDALISM?

Like most of my books, LOVE AND VANDALISM took me about a year to write and revise. It actually sold to my publisher two years ago, so it feels like it has taken a very long time, but the wait just makes this book’s release all the sweeter.

I really wanted to work in a few surprises and there’s a twist that I’m pretty proud of in this book. One early reader commented, “NOW THAT’S WHAT I CALL A TWIST! *APPLAUSE APPLAUSE*” (all caps included), and I swear those words made me so happy! I’ve learned that the best surprises come from the characters themselves and when the story takes an unexpected turn, my keyboard and I just need to keep up!

What do you hope readers will take away from LOVE AND VANDALISM?

I’m hoping readers will embrace the way that Rory is able to change the course of her life despite past mistakes. She doesn’t allow bad decisions to define her. From the beginning of the novel, Rory is not afraid to act boldly, but what she needs to learn is that it’s okay to be vulnerable too. True boldness means sometimes exposing tender places and trusting that despite the risk of being hurt, things will work out okay. Being vulnerable allows Rory to grow and change in ways she never expected.

I wrote three ‘practice novels’ before my first book, BLAZE (or Love in the Time of Supervillains) was published by Sourcebooks Fire in 2013. Of course, I didn’t know they were practice novels at the time! I think it’s good to acknowledge that most authors don’t get their first books published, but that it CAN happen and therefore it’s a worthy goal! If I wasn’t privately thinking my first book was all shades of awesome, (it wasn’t) I never would’ve finished writing it! I learned a lot from those practice novels and was even able to (completely) rewrite one of them to become The Real Prom Queens of Westbury High.

I actually spend a lot of my writing time lying in bed with my two dogs. One of the advantages of being a novelist is working from home, so why wouldn’t I hang out in the best spot in the house? (picture below of ‘the boys,’ Baxter Bear and Quentin ☺) 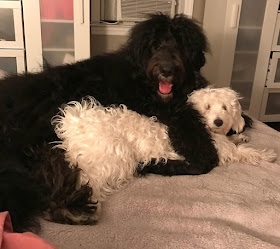 Live your life! The writing will always be there. Initially I wanted to get a book deal before starting a family and I’m so grateful I was open to a change in plans! My precious daughter was 13 when my first book came out and she and my son are truly my best work. The relationships we have are more precious than the pages we publish. It is always a difficult balance to achieve, but with my fourth book coming out I can attest that it is possible to be dedicated to a writing career and have a rich home life as well.

I have a number of projects that are too new to discuss just yet, but I will say expect some new directions from me in the future! I’ve also been exploring a few new genres and I’m learning everything I can about script-writing right now. I love to challenge myself! Of course, YA novels will always be my ‘home,’ but it’s good to be stretched outside my comfort zone. As long as I can do it while at home in bed with my pups! Rory has a secret: she's the vandal who paints graffiti lions all over her small town. If her policeman dad knew, he'd probably disown her. So when Hayes, a former screw-up on the path to recovery, catches her in the act, Rory's sure she's busted. Instead, he makes her a deal. If Rory shows him around town, he won't turn her in. It might be coercion, but at least the boy is hot.

As they spend more time together, Rory worries she made the wrong choice. Hayes has a way of making her want things she shouldn't want and feel emotions she's tried to bury. Rory's going to have to distance herself from Hayes or confront a secret she can't bring herself to face... 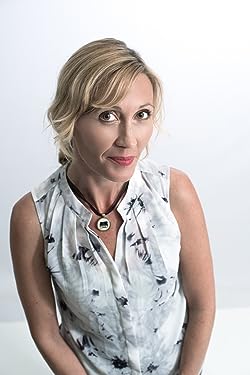 Laurie caught the writing bug back in high school while reading an essay she'd composed aloud to her class. Her classmates laughed in all the right places. It was like the opposite of that nightmare where everyone laughs while you stand there in your underwear. She was giddy with power.

Laurie graduated first in her class from St. John's University with a major in English and minor in Journalism. Since then she's written for national magazines like Allure as well as numerous trade publications and has appeared on Good Day New York several times as a Toy Expert. Yes. That is a real thing that grown ups sometimes get paid to be.

She lives near NYC, but maintains a secret identity in New Paltz, NY where she and her family can often be found climbing over rocks or tromping through the forest.

Have you had a chance to read LOVE AND VANDALISM yet? What is the best or most encouraging comment you have received? Do you agree with Laurie's idea about practice novels - allowing them to let you know you can do it, and then learning from it? Share your thoughts about the interview in the comments!