WoW Wednesday: Cyndy Etler on Karma and how to keep trying

Today, we're thrilled to welcome Cyndy Etler to WoW Wednesdays with a special guest post on Karma and the writing waiting game. After the post, there's a bit of info about Cyndy and her bestselling book, THE DEAD INSIDE. But now, here's Cyndy!

Because I believe in karma, I was sure I had this on lock. I’m the girl who gives paper money to panhandlers. I’m the one painstakingly refolding Gap t-shirts ‘till they’re perfect, so Gap store workers don’t have to do work. I rescue dogs, eat vegetarian, and move squirming pavement worms back to the grass. Plus my whole early life was torture. Plus my one single dream is to be a New York Times bestselling author. So, karma. It was bound to happen, just, automatically: my self-published book would fly to the top of the bestseller list. Right? Wrong.
My book walked, but it didn’t fly. It went places, but not to the top of the bestseller list. And the movement it made wasn’t thanks to karma. It was thanks to hard frigging work on my part. It moved because I never quit trying, even when trying seemed stupid and embarrassing and impossible.
Let me jump to the good part first: my book is now a #1 new release on Amazon. Let me throw the bad news at you next: it took ten years to get there. Let me put a Band-aid on that cut: I can tell you what it takes to jump from there to here: trying, nonstop.
In 2012 my first book was a completed, polished manuscript, and it was good. So good, my literary hero read and blurbed it. She even recommended it to her literary agent. I was in like Flynn! Lookout, y’all: karma at work! Except…no. It wasn’t a right fit for her agent’s list.
Cue the sad trombone.
But…I kept trying.
I went to a writing conference, and an agent I met there asked for a partial! She asked for a full! She told me she loved it! Karma, the comeback kid! Or…not. She ended up regretfully declining.
Call the therapist.
But…I kept trying.
After a hundred queries, and a hundred nice no-thank-yous, I take my sad butt to the woods. To the trail I’ve hiked a trillion times. To the trail I know better than my own toilet seat. I start walking, and I ask the trees, in agony-voice, “What am I supposed to do? Should I quit querying agents and self-publish?”
I look down and notice something’s different: the path. It’s clear. No leaves, no pine straw. For the first time in six years of hiking on this trail, it’s plain dirt. So…someone swept all six miles of this trail this morning?!
“The path is clear,” I tell the trees. “Wait—the path is clear!  I need to self-publish!” Karma speaks!
So I try in a new direction. I hire a killer cover designer. I take a book publicity course. I make bookmarks with my giveaway details—“Write an Amazon review; win an Amazon giftcard!”—and tuck ‘em into every copy ordered. I rack up reviews. I get media coverage. I’m selling books. It’s enough.
So I kind of quit trying. For, like, years.
Until an author friend, who hit lit-fame in the 1990s, then dropped out of the game due to a B.S. allergy, sent me an email: “I’m querying some agents in Europe, where they understand sunshine and daisies aren’t the only thing that sells.”
And what the hell, I think. I’ll throw a few queries out there, too.
And bang! I have three partial-requests in three days.
And bang! I have a full request a week later.
And bang! my badass agent is Fed Ex-ing me a contract.
And bang! I’m signing with the 10th-biggest publisher in the U.S.
The Dead Inside, the revised version of my first young adult memoir, was released 11 days ago….and it’s Amazon’s #1 new release in the Teen and Young Adult Depression and Mental Health category. And it’s in the top five of the Teens-Personal Health-Drug and Alcohol Abuse category. And I’m getting messages from friends across the country, across the world, that their local bookstore is sold out, and that their library bought multiple copies, and that there’s already a waiting list for them. Shoot, it’s on the shelf at the Barnes and Noble five miles from your house. Right this very second. It’s there. It’s not on The New York Times bestseller list—not yet anyway—but it’s moving. It’s going places. It’s not walking now, it’s hustling.


So I guess karma does work. Just…maybe it takes its own sweet time. So if you want my advice, I’m gonna say this: keep working. Keep trying. Try everything. And then try something else. Because trying + time + karma=win. 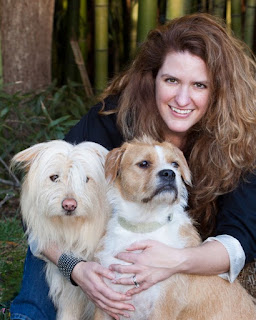 ABOUT CYNDY ETLER
Byline: Cyndy Etler (@cdetler) is the author of Amazon-bestselling YA memoir The Dead Inside (Sourcebooks Fire). The Dead Inside takes readers into Straight Inc., a treatment program described by the ACLU as “a concentration camp for throwaway teens.”
Twitter: @cdetler | Website: www.cyndyetler.com 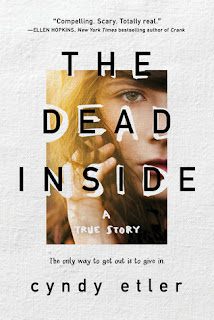 ABOUT THE DEAD INSIDE
For readers of Girl Interrupted and Tweak, Cyndy Etler's gripping memoir gives readers a glimpse into the harrowing reality of her sixteen months in the notorious "tough love" program the ACLU called "a concentration camp for throwaway kids."I never was a badass. Or a slut, a junkie, a stoner, like they told me I was. I was just a kid looking for something good, something that felt like love. I was a wannabe in a Levi's jean jacket. Anybody could see that. Except my mother. And the professionals at Straight.From the outside, Straight Inc. was a drug rehab. But on the inside it was...well, it was something else.All Cyndy wanted was to be loved and accepted. By age fourteen, she had escaped from her violent home, only to be reported as a runaway and sent to a "drug rehabilitation" facility that changed her world.To the public, Straight Inc. was a place of recovery. But behind closed doors, the program used bizarre and intimidating methods to "treat" its patients. In her raw and fearless memoir, Cyndy Etler recounts her sixteen months in the living nightmare that Straight Inc. considered "healing."
Amazon | B&N | Goodreads
Kelly deVos at 12:47 PM