Samantha Shannon, author of THE SONG RISING, on the different flavours in The Bone Season series

We're pleased to have Samantha Shannon here to talk about the third book in The Bone Season series, THE SONG RISING. 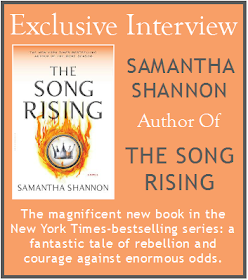 Samantha, what was your inspiration for writing THE SONG RISING?

Each of the books in the Bone Season series is meant to have a slightly different flavour to it; it's own 'genre', if you will, within the broader category of urban fantasy, so the reader isn't sure quite what to expect each time. The Song Rising was conceived as the most dystopian of the series, with Paige trying to face Scion and damage its infrastructure head-on, all the while coming up against people who have played this game for much longer than she has. I envisioned it as bleak and industrial, in contrast to the darkly beautiful underworld of The Mime Order and the decaying grandeur of Oxford in The Bone Season.

There's one action scene in the second part of the book that was a real headache. It went through many different incarnations until I settled on the final version. I'm proud of the finale, which also required a lot of work. And I love any scene where Warden and Paige are together.

It depends which aspect of my books you enjoy! If you're keen on dystopia, two of the biggest inspirations for The Bone Season were The Handmaid's Tale by Margaret Atwood and A Clockwork Orange by Anthony Burgess. If you liked the clairvoyance, try The Graces by Laure Eve or The Circle by Sara B. Elfgren and Mats Strandberg. For a fantasy with detailed worldbuilding, Rebel of the Sands by Alwyn Hamilton is a good pick. And if it's books set in a slightly magical London that spark your imagination, try The Watchmaker of Filigree Street by Natasha Pulley or The City's Son by Tom Pollock.

How long did you work on THE SONG RISING?

Well over a year. It took a very long time, and many rounds of structural edits, to get this one exactly right.

There was one novel I wrote before The Bone Season called Aurora, which fortunately never saw the light of day. I stripped all the best parts from it, like the concept of a dreamscape, to use in The Bone Season. I was lucky enough to have a fairly easy road to publication -- I was accepted by the first agent I approached, who took it to the London Book Fair, and we got an offer from Bloomsbury not long after. It still feels like a dream.

I've just finished the complete first draft of my new high fantasy novel, The Priory of the Orange Tree, and sent it to my agent. While he reads it, I'm getting back to work on the fourth Bone Season book. Following a bloody battle against foes on every side, Paige Mahoney has risen to the dangerous position of Underqueen, ruling over London's criminal population.

But, having turned her back on Jaxon Hall and with vengeful enemies still at large, the task of stabilising the fractured underworld has never seemed so challenging.

Little does Paige know that her reign may be cut short by the introduction of Senshield, a deadly technology that spells doom for the clairvoyant community and the world as they know it… 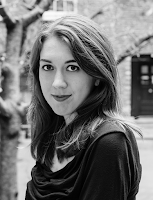 Samantha Shannon was born in West London in 1991. She started writing in abundance when she was twelve, started her first novel when she was fifteen, and studied English Language and Literature at St Anne's College, Oxford, from 2010 – 2013, graduating with a 2:1. She specialized in the poetry of Emily Dickinson and Principles of Film Criticism. In 2013, she published The Bone Season, the internationally bestselling first installment in a seven-book series of fantasy novels. Its first sequel, The Mime Order, was published in 2015, and the third book in the series, The Song Rising, was published in March 2017. She is also the author of On the Merits of Unnaturalness and The Pale Dreamer, and has recently sold a new high fantasy novel, The Priory of the Orange Tree, to Bloomsbury.

Have you had a chance to read THE SONG RISING yet? Do you enjoy Samantha Shannon's different genres for The Bone Season series? Have you used elements from books you reconsidered in your stories? Share your thoughts about the interview in the comments!