Ignoring the Voice in Your Head: 12 Questions with S.J. Kincaid

We're so excited to welcome S.J. Kincaid, author of THE DIABOLIC, to the blog today as she shares some advice for first time writers, why you should listen to your instincts and the biggest obstacle she overcame in getting published.

1) What advice would you give to first-time writers?

Finish your first manuscript. It will likely not be published, or break you out, but finishing an entire book is a massive psychological hurdle that you only need to surmount once.


2) What one thing do you feel made the most difference in getting you from aspiring author to published author?

The internet. Without online research, the advice of other writers, and the ability to shoot off queries from my computer, I never would have had the information and the motivation to keep trying.


3) If you could travel back in time to tell/warn newbie writer or newbie author something, what would that be?

With regards to newbie author me? I wouldn't give myself any advice. Everything has worked out career-wise (so far) better than I could have hoped. I wouldn't want to risk changing that.


4) What is your writing/revision process? Is it the same for every book, or does it change from book to book?

I generally put out a first draft fairly quickly. That's my favorite part. Each day, I wrote on the Alphasmart and then send it to my computer afterward, and edit that. Then, a few weeks away, a reread, and start revising. Repeat as needed.


5) How do you recover from a writing slump or writer’s block?

Everyone has a different approach here, but I like to turn my attention to something else entirely. Usually my brain will work out the problem I'm having with the text once I've had a break.


6) Who do you most look up to in the literary world and why?

Laurie Halse Anderson. I've met her several times, and she is awe-inspiring with her kindness to other authors, her incredible grace, and her amazing talent. I would love to be like her.


7) What are some of your worst fears when it comes to writing?

I'm always afraid whatever 'spark' it is that impressed a publisher in a previous work, will someday just disappear. It's a persistent thing I worry about.


8) Did you ever feel like giving up on writing? How did you get past that?

Not really. Sometimes, I am disillusioned and heartsick in general, and that's when I need time off. Writing is ultimately the thing I know I can do fairly well and consistently. I don't have anything else I'm as passionate about or driven to pursue.


9) What was your biggest obstacle in getting published? How did you get over it?


10) What is the stupidest thing you’ve ever done as a writer/author? How did you turn it around?

With an early manuscript that found representation, I didn't yet have confidence in my instincts. The agent made revision suggestions that didn't feel right, but I incorporated them. It really wrecked the story. I learned after that to take advice - even from publishing pros - when my instincts agree with them, and not to take advice that felt wrong to me.


11) What do you struggle with the most in writing and/or in real life?

I am my worst critic when it comes to devising pessimistic scenarios, reading the worst into situations. It's a struggle to distance myself from my thoughts, to remind myself I may have a skewed perspective, and that my perception may be way too pessimistic.


12) Do you read your reviews? How do you deal with negative comments and how do they affect you?

No, I follow the advice of no reading reviews, but honestly, I feel fine with people saying whatever they want. It's an investment, devoting hours to reading a book. People who do that get to say most anything. Any sensitivity I ever had about criticism faded away a long time ago during the process of striving toward publication. 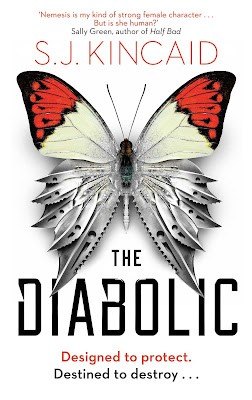 The Diabolic
by S.J. Kincaid
Hardcover
Simon and Schuster for Young Readers
Released 11/01/2016

Nemesis is a Diabolic. Created to protect a galactic Senator's daughter, Sidonia. The girl who has grown up by her side and who is as much as sister as a master. There's no one Nemesis wouldn't kill to keep her safe. But when the power-mad Emperor summons Sidonia to the galactic court as a hostage, there is only one way for Nemesis to protect Sidonia.

She must become her.

Now one of the galaxy's most dangerous weapons is masquerading in a world of corruption and Nemesis has to hide her true abilities or risk everything. As the Empire begins to fracture and rebellion looms closer, Nemesis learns that there is something stronger than her deadly force: the one thing she's been told she doesn't have - humanity. And, amidst all the danger, action and intrigue, her humanity might be the only thing that can save her, Sidonia and the entire Empire... 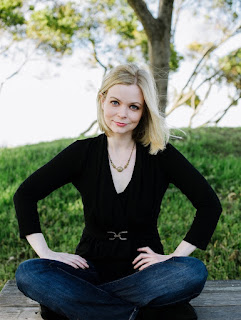 S.J. Kincaid was born in Alabama, grew up in California, and attended high school in New Hampshire, but it was while living beside a haunted graveyard in Scotland that she realized that she wanted to be a writer.