The Zen of Accepting Bad Reviews

We're excited to welcome Carol Riggs, author of THE LYING PLANET, to the blog today to discuss the value in accepting negative reviews.

"Reading reviews can be eye-opening, a constructive learning experience for some (warning: not all) authors. If I choose to, I can incorporate any relevant feedback I happen to come across."

Before my debut book, The Body Institute, was about to release in September of 2015, I vowed never to read the reviews about my “baby.” I figured the last thing I needed was other people’s feedback at that late point, and I knew I’d obsess over the negative reviews instead of the positive ones. That was just the way I was wired as a perfectionist, fussing over things that weren’t “perfect” about myself and my creations. Many wise, already-published authors advised against looking at reviews. They cautioned that negative reviews could burn a hole in a writer’s psyche for weeks, months—even years. This negativity could derail future writing and cripple creativity, because doubts would lodge in the brain about one’s supposed lack of skill. I totally saw how that was possible.


Sidling up and sniffing the danger. But then the ARCs went out for my debut, and advanced reviews started coming in on Goodreads. I had to look. My friends—even strangers—gave me great reviews. I floated on the high. This was fun! And when some negative reviews came in with 1-star and 2-star ratings, I dared to take at peek. After all, my “skin” was pretty thick, since I had extensive experience with critique partner feedback as well as a long submission process before I found my publisher, in which one editor would love one thing and dislike another, while another editor loved and disliked exactly the opposite thing. Reading reviews was pretty much the same experience, I figured.


Did the low-starred reviews still sting? Yes, indeed. I couldn’t for the life of me figure out how some readers felt so adamantly negative. I anguished when reviewers condemned the book for a simple misunderstanding (or sloppy reading) or for some random thing no one else had a problem with. It was puzzling, agonizing, and morbidly fascinating all at the same time.

"One reviewer said the book was “fast-paced” while another said it “dragged.” Which one was right?"


Dabbling in the danger. It went downhill from there.

A cat’s curiosity gripped me. I kept reading the reviews: the good, the bad, and the ugly. On one hand, I saw my writing described as “delectable” while another reviewer said: “The. Writing. Was. Horrible.” One reviewer said the book was “fast-paced” while another said it “dragged.” Which one was right? I tossed those contradictory comments around in my mind for a while, until I finally decided this: It really doesn’t matter. Authors can’t please everyone, and it’s all subjective. I’d known that in my head, but I began to experience it in full force.


It helped immensely to look up the first Harry Potter book on Goodreads and see that JK Rowling had more than 64,000 one-star reviews. Whoa! That’s a staggering number of dislikes and negativity, even when compared to her nearly 2,539,000 five-star reviews for balance. I reminded myself I was in good company. The good reviews helped even out the negative ones; the praise of the higher-starred reviews helped soothe my ruffled writer ego.


Going in neck-deep. The reviews for my debut kept rolling in, and periodically, I would hop online and read them…I actually saved most of them in a Word document so they’d all be in one place (will I ever read them again? eh, probably not). In July 2016, I published Bottled, my YA fantasy. Reading those reviews was a lot easier on my toughened, now-more-relaxed psyche. When a low rating would pop up, I was like, “Oh look—there’s my first 2-star review.” While one person couldn’t bear to finish the book, others raved and wanted a sequel. It was so subjective!

"So, after three published books, I’ve concluded readers have incredibly different tastes, and the best thing I can do is accept that subjectivity."


Close on the heels of that summer release, in September 2016 The Lying Planet came out, and I got an amusing range of reactions there too: is the concept unique and creative, or is it cliché science fiction, derivative of books like Divergent and The Giver? (There’s a Testing in it, so that bit is admittedly similar.) People’s tastes were so varied.


I’m quite Zen with it. So, after three published books, I’ve concluded readers have incredibly different tastes, and the best thing I can do is accept that subjectivity. For me, reading reviews also was beneficial in that I saw some comments cropping up repeatedly, and I analyzed whether or not I thought they were valid. Just like any other feedback from agents or editors or critique partners, I had to trust my gut. Be objective. Did the criticism strike a chord and feel true? Did I need to tighten up the pacing of my new novels, or work more on rounding out my secondary characters? Yes, maybe I did. I don’t believe authors should be chameleons who change their writing to please the critics, but reading reviews can be eye-opening, a constructive learning experience for some (warning: not all) authors. If I choose to, I can incorporate any relevant feedback I happen to come across.

"My new goal now is to go back to my writer cave and write more books, improving my craft and doing the best I possibly can. I treasure the readers who do connect with my writing. My writing isn’t for everyone—and it doesn’t have to be. In the end, as long as people are reading and enjoying my book; those are the ones I’m writing for. My true fans." 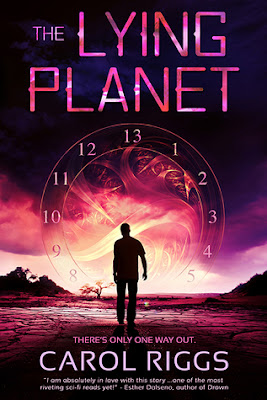 
Promise City. That’s the colony I’ve been aiming for all my life on the planet Liberty. The only thing standing in my way? The Machine. On my eighteenth birthday, this mysterious, octopus-like device will scan my brain and Test my deeds. Good thing I’ve been focusing on being Jay Lawton, hard worker and rule follower, my whole life. Freedom is just beyond my fingertips.

Or so I thought. Two weeks before my Testing with the Machine, I’ve stumbled upon a new reality. The truth. In a single sleepless night, everything I thought I knew about the adults in our colony changes. And the only one who’s totally on my side is the clever, beautiful rebel, Peyton. Together we have to convince the others to sabotage their Testings before it’s too late.

Before the ceremonies are over and the hunting begins. 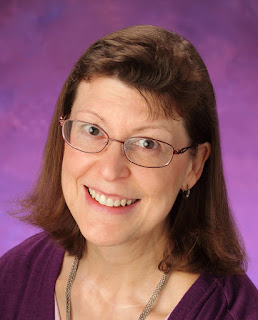 Carol Riggs is an author of young adult fiction who lives in the beautiful green state of Oregon, USA. Her books include her sci-fi debut, The Body Institute, as well as her fantasy, Bottled, and her recently released sci-fi, The Lying Planet.

She enjoys reading, drawing and painting, writing conferences, walking with her husband, and enjoying music and dance of all kinds. You will usually find her in her writing cave, surrounded by her dragon collection and the characters in her head.