The Truth about Roadblocks and Quicksand

We're excited for Carol Lynch Williams, author of The Messenger, to join us today to shed some light on two popular writing myths.

What a pleasure to write something for Adventures in YA Publishing! I love young adult novels.
Aren't we lucky to be able to go to a library or a bookstore and have thousands of choices at our fingertips?


I also love to write (I mean, once my project is finished I love to write. Or when I'm thinking of the next novel I'm going to work on and haven't put anything down on paper yet.). And I love to share about writing. Lucky me! :)


There are lots of things I could say that other writers might disagree with. Like . . .
I don't believe in writer's block. The truth is, writing is just hard work. And that means pushing through the tough times of your novel. Perhaps you made a wrong turn somewhere and now you feel stuck.


My mother said when I was little: Stop running around the woods with your cousins.
Me: Why?
Mom: You'll step in quicksand.
Me: We have quicksand here in Florida?
Mom: (Solemn head nodding) Yes. And then what will you do?
Me: Die?
Mom: Exactly.


Now I know, after a recent google search, if I get caught in quicksand I shouldn't struggle.
It's the same with writing. If you feel you've hit a roadblock in your novel, back up. Reread. Do you know the direction you should be going? Have you run off the path and into quicksand? If so, don't struggle. Take a breath and find where you took the wrong turn. Trust yourself. Trust your story.


I also don't believe in the muse. I don't sit around waiting for some idea to bonk me on the head. I think, remember people I knew (or know), read the news, wonder at odd things, look into history, listen to people talk, read other books etc then settle on a character and write.


This leads me to some of the best advise I've been given.
My dear friend, Rick Walton, just died. (He had a brain tumor, and I'm pretty sure he felt, toward the end of his life, he was caught in quicksand and he couldn't get out.)
Rick was a prolific writer, publishing more than a 100 books (mostly picture books). He went after ideas. He never sat around waiting for them.
His best advise to me? Don't give up. No matter what, go after what you want as a writer.


We met when my first novel was coming out.
He had a few joke books out with Lerner publishing and was awaiting the publication of his first picture book.

"Keep writing," he told everyone he met who had the dream of holding a book of their own. "Keep writing. It will happen."


That's the key to it all. Keep writing. Keep trying. Get past the roadblocks. Stay away from the quicksand. Put the words on paper. Work. 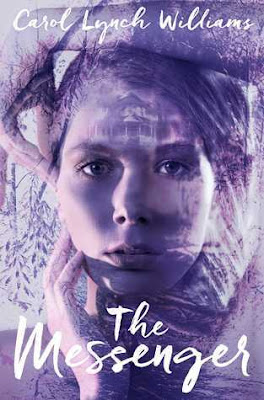 Evie Messenger knows that her family is different from other families. But it isn’t until her fifteenth birthday that the Messenger gift is revealed to her. Evie has the family’s gift—a special power. Soon she realizes she is able to see and talk to the dead—ghosts—often with no idea who the person was. Or as Evie says: “I see Dead People. It’s a Messenger gift.” That doesn’t mean she wants the Messenger gift. So Evie tries to ignore it but soon she finds she cannot. Can Evie find a way to live her life without letting her power take over?And what if the dead person is someone close to Evie’s family? 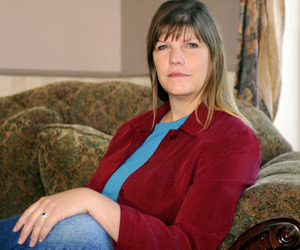 Carol Lynch Williams, who grew up in Florida and now lives in Utah, is an award-winning novelist with seven children of her own, including six daughters. She has an MFA in writing for children and young adults from Vermont College, and won the prestigious PEN/Phyllis Naylor Working Writer Fellowship. The Chosen One was named one of the ALA’s Quick Picks for Reluctant Young Adult Readers and Best Books for Young Adult Readers; it won the Whitney and the Association of Mormon Letters awards for the best young adult novel of the year; and was featured on numerous lists of recommended YA fiction. Carol’s other novels include Glimpse, Miles From Ordinary, The Haven, Waiting, Signed, Skye Harper, and the Just in Time series.