Romina Russell, author of BLACK MOON, on your story singing through your bones

BLACK MOON is the third book in the Zodiac series, and we're thrilled to have Romina Russell here to chat about writing. 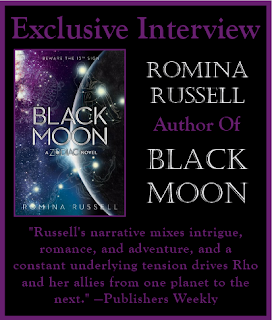 Romina, what book or books would most resonate with readers who love your book--or visa versa?

It took me nearly a decade to land my first book contract: Before the publication of ZODIAC, my debut novel, I'd completed five other manuscripts that were all rejected by the publishing industry.

1. Write for you. Try not telling anyone what you’re writing—or that you’re even writing in the first place. Just show up on the page as often as you can, and when you’ve put in enough work that your story is singing through your bones and bursting to break free of you, then pick someone you trust—someone who is more constructive than critical—and share it with them. Just please make sure that person knows how meaningful the gesture is and ask that they be respectful when giving you feedback.

2. Don’t stop until you're out of stories. Rejection sucks, so imagine how I felt the first time I wrote a book and sent it out to the world, and it was roundly rejected by every agent I respected. Imagine how hard it was to pick myself back up and write a second book, then risk sending it out to everyone who’d already turned me down—only to have them reject me yet again. Now picture this whole cycle repeating itself three more times, and imagine how many millions of moments I must have come close to quitting. But if I had let those rejections silence me, I would never have written ZODIAC.

3. If you’re lonely, remember you’re not alone. Being a writer can make for such a solitary life because no one else will ever feel your stories’ failures and successes as deeply as you. So something that can be amazingly therapeutic is being part of a supportive group of authors who can commiserate with you properly. The best thing I did for myself and my writing was start a critique group with other aspiring authors living in my area who were all working on their own novels, and though we wrote in different genres, what linked us together was being at the same stage of the creative process. Many of us from that group are now published, and we promote each other’s books on social media, organize joint panels and discussions, and get together for regular writing dates. 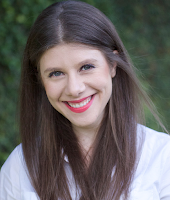 Have you had a chance to read BLACK MOON yet? Do you show up on the page as often as you can? Are you part of a supportive group of authors who can commiserate with you properly? Share your thoughts about the interview in the comments!