The Myth of the Lone Wolf

We're excited to feature Jonah Lisa Dyer, co-author of THE SEASON, here today as she discusses how important it is to build your own wolf pack!

Most people imagine a writer as the solitary beast, entirely self-dependent, reclusive and brave. A cougar prowling the night. An owl perched high in a treetop scanning for movement below. A lone wolf. Pick your metaphor but the cliché is the writer in front of a keyboard late at night or in the pre-dawn morning, hunting alone, howling at the moon, licking their wounds, the sole source of all that they bring forth creatively.

“There’s nothing to writing. All you do
is sit down at the typewriter and bleed”

That’s what I thought before I became a professional writer myself. It was scary. It sounded brutal & very, very lonely. Fortunately, nothing could be further from the truth. Yes, there are certain periods of solitary work (the shortest periods), and there are times when a writer must grind it out alone (this is what chocolate was made for), but the creative process is far more collaborative than popularly imagined—significantly and crucially so. Just read the acknowledgements of any book and you will see pages dedicated to the numerous people instrumental in guiding, assisting, editing, and materially and emotionally supporting any author. This is their pack, and I want you to know that while there may be a few lone wolves out there, the majority of writers I know have formed packs, and you should too.


My pack begins with my co-writer, Stephen. Our book & screenplays are organically collaborative because there are two of us. Although only one of us actually types at a time, we plot, develop characters and situations, and even come up with snippets of dialogue together before we ever put anything on paper. We bounce ideas off each other and explore possibilities together for days and weeks. For us, it’s a cooperative process before we even write a single word.


But we don’t rely solely on each other for feedback even at this earliest stage. Once our story feels whole, and we have it down on paper in the form of a synopsis (for books) or a treatment (for films), we seek outside feedback before we move forward on an actual rough draft. We call this the gut-check. Is there enough here? Does it feel like an entire book or a whole movie? Does the shape of it work? Are we missing anything in a macro sense? Trusted partners, the wise wolves in our pack, give input about the basic concept and help us tease out the plot and develop the characters until we’re satisfied.


For people who don’t actually write with a partner, this early work & gut-checking is often done with a critique partner. These are usually close, one-on-one, quid pro-quo relationships. Your CP is like your writer BFF. You can pitch a half-baked idea to a CP. You can ask them to read a paragraph or a chapter before it’s really ready for prime-time. A CP is someone who understands your fears, your weaknesses, your self-doubt. A CP is SAFE. If you don’t already have a critique partner, get one—he or she is a key member of your pack, and cultivating one takes time, so start early.

“Putting it on paper lets you start fixing it.
If it stays in your head, a perfect idea,
you’ll never be able to share it with anyone.”

Once we have a good roadmap to follow, we write the rough draft. And yes, this part can be difficult & solitary, even with a partner. But it’s the shortest part of the process, or at least it should be. There’s a reason so many writers advocate just getting through the first draft as quickly as possible. They know that the real work is revising, but they also know that revising is the juicy, collaborative part of the process.


Our rough draft goes out to an inner circle of people we’ve cultivated over the years—beta readers whose judgment we trust. Your CP can be a Beta Reader but not all Beta Readers are CPs. They might be friends or members of a writing group. For a screenplay they might be your development exec, or just other professionals able to give notes and insight on an entire book or screenplay. Treat them well because they too are valuable members of your pack. Pay them in-kind, lavish them with praise and gifts, and when you need deep, specific or particularly steely-eyed assessments, pay them in cold hard cash.


Beta readers are not just about criticism, they’re about feedback—they let you know if your ideas are getting through, if your tone is working, if the opening feels strong or if the ending is satisfying. Like a painting where the viewer completes the process, professional writing is for readers. I recommend going out early to beta readers, and listening hard to their feedback. They force you to examine our choices and question our assumptions, and inevitably their questions lead to improvements. They don’t always have the perfect solutions, but they are great at spotting problems.

“Find a group of people who challenge and inspire you,
spend a lot of time with them, and it will change your life.”

Beta readers’ feedback, plus more revisions, prepare your work for agents. That’s right, all that collaboration and we’re only just now to sending it to agents! Before our book, or our first screenplay, landed on an agent’s desk we had heard serious feedback from five to ten other readers. Agents are going to read your work and have their own feedback, before your work ever goes to a publisher. Sometimes agencies will even ask you to work with agency editor first. If they love and sell your work, they will become seriously important members of your pack, and get you to the final part of the publishing process—your editor and copyeditors.


If you thought you were done when you sold your book, you’re wrong. We worked with our editor at Viking for 15 months before our manuscript was fully approved and sent off for printing, and that included three passes from a copyeditor.

So be a lone wolf if you like, and embrace a cold and lonely existence, but know that there is another path—building your own pack. Don’t fear working with others. Relish it. Don’t think of notes as something to endure but rather a genuine response to your work that can lead to new ideas and better execution. The people who read and seriously respond to your work are doing you a great service. At some point you will be forced into the open, and that world will be collaborative—agents, editors, and ultimately readers. Getting used to that process early, in a safe way, will prepare you for your future. I promise you’ll kill more prey working together than you ever will hunting alone. 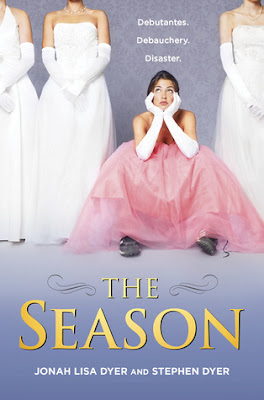 Megan McKnight is a soccer star with Olympic dreams, but she’s not a girly girl. So when her Southern belle mother secretly enters her in the 2016 Dallas debutante season, she’s furious—and has no idea what she’s in for. When Megan’s attitude gets her on probation with the mother hen of the debs, she’s got a month to prove she can ballroom dance, display impeccable manners, and curtsey like a proper Texas lady or she’ll get the boot and disgrace her family.

The perk of being a debutante, of course, is going to parties, and it’s at one of these lavish affairs where Megan gets swept off her feet by the debonair and down-to-earth Hank Waterhouse. If only she didn’t have to contend with a backstabbing blonde and her handsome but surly billionaire boyfriend, Megan thinks, being a deb might not be so bad after all. But that’s before she humiliates herself in front of a room full of ten-year-olds, becomes embroiled in a media-frenzy scandal, and gets punched in the face by another girl.

The season has officially begun…but the drama is just getting started. 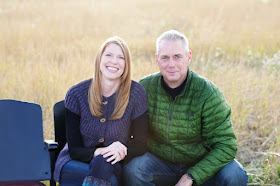 In a partnership exceeding twenty years, native Texans Jonah Lisa Dyer and Stephen Dyer have made lots of amazing things together: the films Hysteria and Away & Back; a cozy home in the mountains of Idaho; a pact to always look for the good in the world; two exceptional human beings who love reading, laughing and pie as much as they do.

Originally from Texas, Stephen & Jonah Lisa Dyer live with their two children in rural Idaho, in the shadow of the Tetons. Per county regulations, they also have a shelter dog and a Subaru. They hope to continue making things for as long as they can.

Jonah Lisa and Stephen Dyer are the authors of THE SEASON.