Writing on the Firing Line


We're excited to welcome Joshua David Bellin, author of Survial Colony 9 and Scavenger of Souls, to our WOW Wednesday as he talks on the importance of taking control as an author!


"I took control. Firing my agent wasn’t easy; part of me feared I’d never get another offer...But I finally realized it was like hanging on to any failed relationship: the anxiety and uncertainty were paralyzing me. Though I had no way of knowing if I’d find another agent, I had to act. And I did."


The worst moment in my writing career happened practically before my career started.


Flashback 2011. I had completed my first novel, the YA science fiction adventure Survival Colony 9, and shopped it around to agents. One of them loved the manuscript and offered to represent it. She was incredibly enthusiastic about the book, talking about sequels and movie deals before we’d signed the contract. In retrospect, maybe that should have tipped me off. But I was a first-time novelist, and my head was turned. I signed with her and waited for the publishers’ feeding frenzy she assured me would ensue.


But it didn’t. In fact, what happened was quite the opposite: she re-read the manuscript and told me it wasn’t ready to be sent to editors. When I asked her what was wrong with it, she answered in the vaguest of terms. The manuscript was “rough,” she said. It didn’t “sing.” It wasn’t “unputdownable” (whatever that means). As a writing teacher, I knew that this kind of advice was worthless; if you want someone’s writing to improve, you have to be very specific about what’s wrong and how to make it right. But she wouldn’t. All she would do is tell me I needed to have the book professionally edited, to the tune of $5000.


We reached an impasse. I didn’t have 5K to drop on a manuscript I had no assurance would be published. She wouldn’t sub the manuscript until I put up the money.


(Well, technically, I exercised the termination clause in our contract. But it sounds way cooler to say I fired someone.)


To this day, I have no idea what happened. Maybe the whole thing was a scam designed to bleed novice authors. (She did offer to refer me to editors, so maybe they had some kind of kickback scheme going.) Or maybe she jumped to conclusions about the book then reconsidered when she had time to think it over. Maybe someone higher up in the agency told her to pull back. Maybe the agency had something similar in the pipeline. Maybe, maybe, maybe.

"All I do know is that when it happened, I almost gave up."


I mean, I was devastated. I’d dreamed of being a published author not just for years but for decades. And now that my dream seemed close to fulfillment, it was snatched away. Doubts assailed me: maybe my writing really did suck as much as she seemed to believe. Maybe I would never be published. Maybe I should take the hint and stop pretending.


Fortunately for me—and for the readers who have enjoyed Survival Colony 9 and its sequel, Scavenger of Souls—I didn’t give in to the impulse to quit. Instead, I did two very important things:

Firing my agent wasn’t easy; part of me feared I’d never get another offer, and that part of me kept whispering that, if I hung on long enough with her, we could work things out. But I finally realized it was like hanging on to any failed relationship: the anxiety and uncertainty were paralyzing me. Though I had no way of knowing if I’d find another agent, I had to act. And I did.

This followed immediately after the first step, but it was probably even more important. Before I queried anyone else, before I went back to Survival Colony 9 and made any changes to the manuscript, I started writing something new. Something totally different. Not necessarily something I planned to shop around (as it turned out, I never did), but just something. I needed to do that, both to get my mind away from the stalled project and to remind myself that I was a writer. To convince myself that, even if Survival Colony 9 wasn’t fated to be my debut, I had more stories to share with the world.


Writing is full of disappointments. It’s incredibly hard work, much harder than non-writers realize; it takes time, concentration, emotional investment, creativity, persistence, and a lot more besides. And it doesn’t always work out: some manuscripts start out great only to wither, others get finished but not published, still others make it to the bookstores but don’t find an audience.


"If you focus on the disappointments, they can stifle your creativity and crush your soul. So don’t do that. Be active. Take control. Fight back."

And most importantly, write! It’s one thing, maybe the only thing, no disappointment can take away from you. 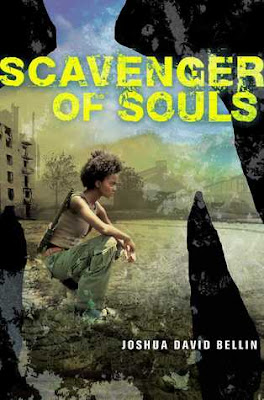 Querry Genn must face the truth about the past and fight to save humanity and the future in this stunning sequel to Survival Colony 9, which New York Times bestselling author Jonathan Maberry called “a terrific novel.”

Querry and the members of Survival Colony 9 have defeated a whole nest of the creatures called Skaldi, who can impersonate humans even as they destroy them. But now the colony is dangerously low in numbers and supplies. Querry’s mother is in command, and is definitely taking them somewhere—but where? Some secret from her past seems to be driving her relentlessly forward.

When they do finally reach their destination, Querry is amazed to discover a whole compound of humans—organized, with plenty of food and equipment. But the colonists are not welcomed. Everything about them is questioned, especially by Mercy, the granddaughter of the compound’s leader. Mercy is as tough a fighter as Querry has ever seen—and a girl as impetuous as Querry is careful. But the more Querry learns about Mercy and the others, the more he realizes that nothing around him is as it seems. There are gruesome secrets haunting this place and its people. And it’s up to Querry to unearth the past and try to save the future in this gripping conclusion to the Survival Colony novels. 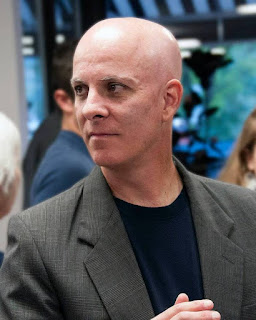 Joshua David Bellin has been writing novels since he was eight years old (though the first few were admittedly very short).

He taught college for twenty years, wrote a bunch of books for college students, then decided to return to fiction. His YA novels include the two-part Survival Colony series, Survival Colony 9 and Scavenger of Souls, and the deep-space action/romance Freefall, set to release in 2017.

Josh loves to read, watch movies, and spend time in Nature with his kids. Oh, yeah, and he likes monsters. Really scary monsters.