Sarah Porter, author of VASSA IN THE NIGHT, on finding your own path

We're pleased to have Sarah Porter with us to give us more info about her novel VASSA IN THE NIGHT. 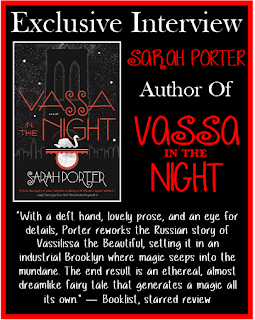 Sarah, what scene was really hard for you to write and why, and is that the one of which you are most proud? Or is there another scene you particularly love?

There are two scenes right near the end that were devastating for me: the voluntary death of a major character, and a dream-encounter Vassa has with her mother. I wrote those two scenes right on the heels of a heartbreaking event in my own life, and my private emotions got mixed up with the emotions in the story, so that I was pretty much sobbing uncontrollably the whole time I was writing, grieving for my characters and for my own loss at the same time. I still can’t reread that part of the book without crying. And yes, I’m quite proud of those scenes, even if they have painful associations for me.


My road to publication was long and grueling and full of discouragement! Years and years, not to put too fine a point on it. Seriously, it’s an intimidating field to go into; I didn’t get published until my fourth book, LOST VOICES, and I hear stories from other authors who had an even harder time. VASSA IN THE NIGHT is, I think, the eighth novel I’ve written, though it’s easy to lose track. Right now I have six books either published or forthcoming, two more in progress, and four novels that were never published—including, sadly, my favorite thing I ever wrote, called UMBER; it’s not YA, but weird/speculative fiction for adults. Maybe someday!

I first tried to write a novel in fifth grade, though I only got to page fifty or so. It was called THE RAVEN and it was about a teenage maid, living in a vast mansion, who is visited by a sorcerer in the form of a raven; he tells her she has to go on a quest to rescue her father. There was a long lull after that, when I wanted to be an artist or a linguist instead. Then when I was maybe seventeen a creative writing teacher I had told me she’d dreamed about a story I wrote, and that no student had ever affected her mind that way before. That was the moment when I decided again that I would write a novel, though it took years before I actually managed it.

Everyone’s writing process is so individual that I don’t really see how advice can make sense. You know, a lot of writers start with huge, messy rough drafts, and then do serious reshaping at the end; I pretty much write the book I’m going to write from the beginning, and revise relatively little. Or they believe completely in outlining in advance, which I can’t stand, or they map out their characters using the Myers-Briggs categories, when I’d rather let my characters grow spontaneously. Most writing advice I hear just doesn’t apply to anything I would ever do. So I guess I’d say, find your own path.

I have two books in progress now: one YA called NEVER-CONTENTED THINGS, the story of two foster siblings who are pulled into a creepy, suburban version of Faerie; and one novel for adults, a science and sorcery book set in the early 19th century. In the enchanted kingdom of Brooklyn, the fashionable people put on cute shoes, go to parties in warehouses, drink on rooftops at sunset, and tell themselves they’ve arrived. A whole lot of Brooklyn is like that now—but not Vassa’s working-class neighborhood.

In Vassa’s neighborhood, where she lives with her stepmother and bickering stepsisters, one might stumble onto magic, but stumbling out again could become an issue. Babs Yagg, the owner of the local convenience store, has a policy of beheading shoplifters—and sometimes innocent shoppers as well. So when Vassa’s stepsister sends her out for light bulbs in the middle of night, she knows it could easily become a suicide mission.

But Vassa has a bit of luck hidden in her pocket, a gift from her dead mother. Erg is a tough-talking wooden doll with sticky fingers, a bottomless stomach, and a ferocious cunning. With Erg’s help, Vassa just might be able to break the witch’s curse and free her Brooklyn neighborhood. But Babs won’t be playing fair. . . .

Inspired by the Russian folktale Vassilissa the Beautiful and Sarah Porter’s years of experience teaching creative writing to New York City students, Vassa in the Night weaves a dark yet hopeful tale about a young girl’s search for home, love, and belonging. 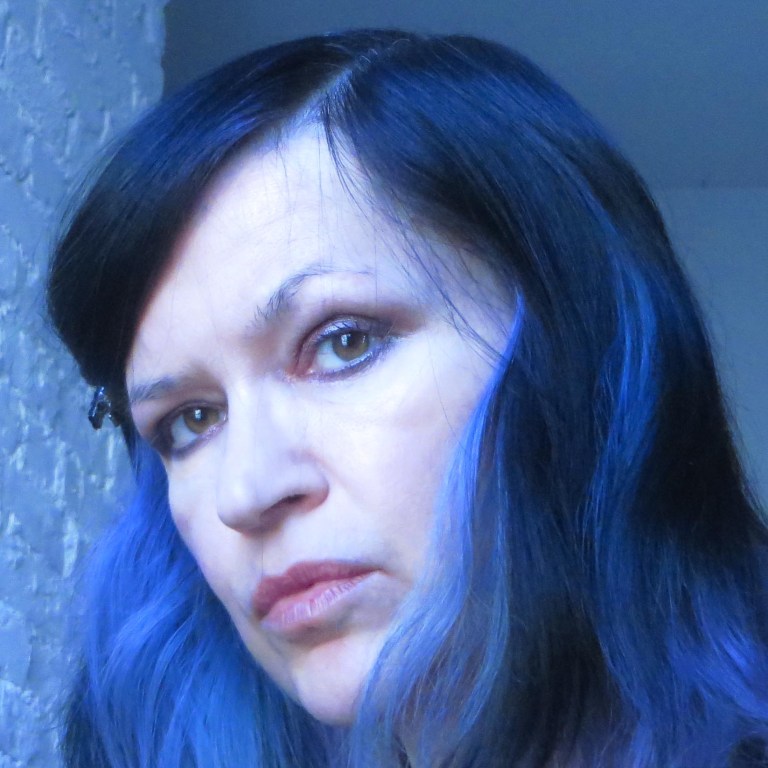 I write stories that seem to me to be quite true enough for all practical purposes. Among them are VASSA IN THE NIGHT, THE LOST VOICES TRILOGY, and the forthcoming WHEN I CAST YOUR SHADOW and TENTACLE AND WING. Realism makes little sense to me and I experience more truth in the fantastic. I always have new novels underway, both Young Adult and Grownup/ Literary/ Speculative. When not writing my own weird stuff, I can often be found leading creative writing workshops with amazing young NYC public-school writers via Teachers & Writers Collaborative. Or I might be drawing, or gardening, or wandering wraithlike through the streets. I live in Brooklyn, land of mystery, with my awesome husband Todd and our two cats, Jub Jub and Delphine.

Have you had a chance to read VASSA IN THE NIGHT yet? Do your private emotions get mixed up with the emotions in your story? Did you write novels when you were a kid? Share your thoughts about the interview in the comments!