We're excited to welcome Jeri Baird, author of Tokens and Omens, to the blog this week as she shares some of the perks and pitfalls of entering online contests.


"My best advice is don't give up. I queried agents, entered a dozen contests, and pitched a lot of tweets before I found success."


I love writing contests! In the past five years I've entered, pitched, and tweeted four different manuscripts. I've been excited, disappointed, and (only) once been brought to tears. I've made online friends, fantastic revisions, and had agent requests.

Those four manuscripts combined for a total of 161,000 words, but it was 140 characters in a twitter pitch that got me a publisher.

Many, many writers find their agents through querying even when they didn't advance in a single contest. If you follow contests on Twitter, it's hard not to get discouraged when it seems everyone else is getting picked. (but definitely follow the contest on Twitter - see Perk # 1)

Ask a hundred people for their opinion and you'll likely get a hundred different answers. Remember that it's your story. If something doesn't ring true to you, let it sit for awhile before deciding if you want to follow the advice. Having said that, when I've been picked for a contest, I follow most of the suggestions. I always make the changes in a new document. If I decide I don't like them after the contest is over, I still have the former manuscript.

I cried once when I received harsh feedback from a contest. The worst part was that I had no idea who the feedback came from. The same manuscript was picked for another contest right after that, which goes back to Pitfall #2 - different people have differing opinions. And if I'm honest, when I look back at that feedback now, it doesn't seem so harsh. That manuscript was newly written and my heart was still tender with it.

Bonding with fellow writers! Sharing your hopes and dreams! Following the contest on Twitter is fun. In an early contest, one of my online critique partners and I each submitted a middle grade manuscript. During the teasers tweeted by the mentors, he and I emailed back and forth. Was it ours they were tweeting about? It had to be! OMG - they like it! Oh, the disappointment when neither of us were picked, but we had lots of fun dreaming. I've "met" writers, by engaging in tweets, who are still Twitter friends. We've supported each other by re-tweeting twitter pitches and then book releases. I even had tea with one of the newly released authors when she visited her parents who happened to live in my town!


2. Polishing your first pages and honing your pitch.

Almost every contest I've entered had people offering to give advice on your query or first pages before you submit. Follow the contest hashtag and take advantage of a fresh set of eyes on your work.

Each contest has their own rules, just like the agents you'll query. You might as well get used to reading carefully and double-checking to ensure you have your submission correct.


4. Learning what does and doesn't work.

Reading other writers' pitches and first pages helps you see what works and what doesn't. You didn't get picked? Read through the ones that did. What sets them apart? What makes a first line grab you or a query intrigue you enough to want more? Learn from the writers who got in.

Thank the contests hosts, the mentors, and the writers you connected with. Buy their books and leave a review. Writers for children and young adults are a small community - chances are good that you'll see them in another contest or twitter pitch. No matter your disappointment or conviction that your submission was just as good as that "other one" that did get picked - be courteous.


My best advice is don't give up. I queried agents, entered a dozen contests, and pitched a lot of tweets before I found success. Two contests I participated in are sponsored here on Adventures in YA Publishing: Red Light/Green Light and 1st Five Pages.

1st Five Pages helped me trim down a rambling prologue I was in love with to the prologue that appears in the published book. Many things were changed after that: the title, the ages of the main characters, and most of the names, but the excellent advice I received from the mentors and fellow participants polished that prologue to perfection.


Curious about the pitch that landed me a two-book contract with Jolly Fish Press?   Here it is:

Fate whispers in one ear, Puck's ghost in the other. Zander must choose to follow his dream as a King's Bow or save his village. #JFPitch 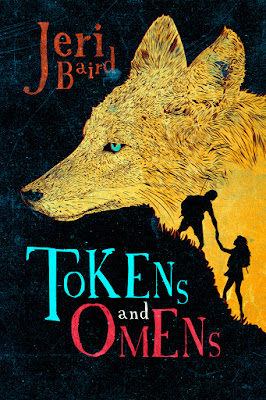 In Puck's Gulch, sixteen-year-olds undergo a dangerous trial known as the Quest. During a time of magic, Fate hands out tokens and omens based on their behavior.

Zander trusts Fate. Alexa only trusts herself. Now, Fate has given them each a special gift—Zander sees secrets he doesn’t want, and Alexa's thrilled to find she can control events through her embroidery scenes.

After Zander and Alexa each earn a omen that makes surviving the quest nearly impossible, they must break the rules and challenge Fate together. If they don't, one will die. And Fate has made it clear—she won't be cheated. 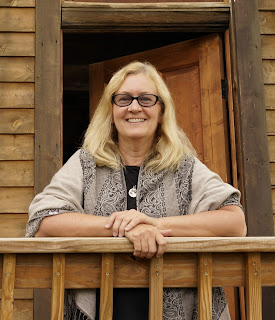 Before becoming an author, Jeri Baird worked as a handmade paper artist, an entrepreneurship teacher for at-risk high school students, a reflexologist, and a zombie (in a film, not a real one).

In July, to launch Tokens and Omens, Jeri went on what her publisher called a scavenger hunt meets art project meets cross-country road trip for a book release stunt. On the back of her husband's Valkyrie, she rode through five states performing an art abandonment, leaving 100 painted tokens and omens at libraries and in the wild.

With the help of 44 people across 32 states, over 700 stones were left in public places for others to discover. Pictures of the painted stones can be found on her website at jeribaird.com