3 Ways to Hook Your Reader From Page One, with Joanna Meyer


Today on AYAP we're joined by Joanna Meyer, who's here to share some novel openings that she thinks showcase writing that grabs a reader's attention right from sentence number one. We'll be looking at what makes a great opening for a few weeks, in anticipation of our upcoming Red Light/Green Light contest!

All writers know that beginnings are hard to write, or rather, hard to get right. Here’s a few of my favorite books that do it beautifully, and why I think they work so well:

First up, a slightly obscure but completely mesmerizing novel by Diana Wynne Jones. Fire and Hemlock grabbed me from its opening notes and never let go. It’s a strange and haunting retelling of Tam Lin.

Polly sighed and laid her book face down on her bed. She rather thought she had read it after all, some time ago. Before she swung her feet across to get on with her packing, she looked up at the picture above the bed. She sighed again. There had been a time, some years back, when she had gazed at that picture and thought it marvelous.

This instantly gives us a sense of intrigue and raises a ton of questions. Why did she think she’d read the book before? Why did she once think the picture was marvelous, but she doesn’t anymore? Why does it make her so unhappy?

Dark figures had seems to materialize out of its dark center—strong, running dark figures—always at least four of them, racing to beat out the flames in the foreground. There had been times when you could see the figures quite clearly. Other times, they had been shrouded in the rising smoke. There had even been a horse in it sometimes. Not now.

Now this is interesting. Did she just have a good imagination as a child? Why would she have imagined that? Did the picture itself change?

Here, now, she could see it was simply a large color photograph, three feet by two feet, taken at dusk, of some hay bales burning in a field. The fire must have been spreading, since there was smoke in the air, and more smoke enveloping the high hemlock plant in the front, but there were no people in it. The shapes she used to take for people were only too clearly dark clumps of the dark hedge behind the blaze. The only person in that field must have been the photographer. Polly had to admit that he had been both clever an ducky. It was a haunting picture. It was called Fire and Hemlock. She sighed again as she swung her feet to the floor. The penalty of being grown up was that you saw things like this photograph as they really were.

We get the title of the book here, as well as Polly’s second, wildly varying perspective on this picture. We feel her disappointment, and wonder if her grown-up realistic view has more widespread implications than just the photo…

It’s a wonderful set-up for a book that causes Polly to question her reality, her memory, and her world.

Onto one of my favorite books in my all-time favorite series: The King of Attolia, by Megan Whalen Turner. Anyone who has read MWT knows she’s a master at sparse prose speaking volumes, intricate plotting, and perspective shifts. I think this is most evident in King, the third book in her Queen’s Thief series.

Costs sat in his room. On the table in front of him was a piece of paper meant to hold a report of the squad of men he directed. He’d scratched out the first few lines of the report and written underneath the beginnings of a letter to his father. It began, “Sir, I must explain my actions,” and then stopped. Costs couldn’t explain his actions. He rubbed his face with his hands and tried again to compose his anguished thoughts into cold words and orderly sentences.

This paragraph introduces us to Costis, seeds conflict (what exactly did he do and why can’t he explain it??), and makes you feel sorry for him all in one fell swoop.

He looked over the mess in his quarters. His small trunk of clothes was tipped out onto the floor. The tray that had sat in the top of it to hold his sleeve links and buttons and pins was thrown down by the bed. The links, the spare buttons, and the small image of his god were scattered everywhere. His books were gone. He’d had three. So, he assumed, was his wallet with what money he kept in his room. That was a pity. He would have given the money to his friend Aristogiton. His sword was gone from its rack on the wall. He would have given that to Aris as well.

This paragraph gives us lovely details, and paints a vivid picture of Costis’s character. We also get the feeling that whatever it is he did was Very Bad and he’s not thinking he’s going to have a future, which makes us worried for him.

The two soldiers who’d brought him back from the training ground, almost dragging him along by their grip at his elbows, had taken every sharp thing out of the room.

The opening of this novel does a fantastic job of introducing a brand new character to the series—and getting you to empathize with him—while simultaneously giving us masterful world-building and a thread of intrigue that continues throughout the novel. (If you haven’t read this series, I beg you: DO IT NOW. But start with book one, The Thief).

And now a 2016 release that delighted me to no end, My Lady Jane, by Cynthia Hand, Brodi Ashton, and Jodi Meadows. This book made me snort-laugh right from the first page:

The king, it turned out, was dying.

“When?” he asked Master Boubou, the royal physician. “How long do I have?”

Boubou wiped his sweaty brow. He disliked giving bad news to royalty. In his line of business, sometimes it led to the stockades. Or worse.

Bullocks, thought Edward. Yes, he’d been sick for several months now, but he was sixteen years old. He couldn’t be dying. He had a cold, was all, a cough that had been hanging on longer than it should, perhaps, a tightness in his chest, a recurrent fever, some headaches, sure, frequent dizzy spells, a funny taste in his mouth sometimes, but dying?

The opening speaks for itself: it’s infused with humor and warmth and tragedy, and totally nails the voice of Edward, a 16-year-old king whom we empathize with immediately. Is he really dying? Or will the authors give him a better ending? It does a wonderful job setting up a re-imagining of history that’s hilarious, irreverent, and overflowing with heart.

So there you have it! Three different openings that all work extremely well. All three books: 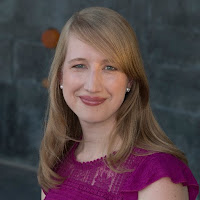 Joanna lives in Mesa, Arizona with her dear husband and a rascally feline named Bertie. When she's not writing, she's trying to convince her piano students how awesome Bach is or plotting her escape from the desert. She loves good music, thick books, looseleaf tea, rainstorms, and staring out of windows. She aspires to own an old Victorian house with creaky wooden floors and a tower (for writing in!). Joanna is represented by Sarah Davies of Greenhouse Literary.
Adventures in YA Publishing at 6:00 AM