Quit or Press On? Be Willing To Take The Journey

We are excited to welcome Kevin E. Jackson, author of THE PROVING – Book 1 of The Tome of Pasaron and THE MAGIC STONES OF LAKESDAWN CASTLE here to the blog today as he takes a few minutes to speak on two choices authors face everyday. Do you quit? Or do you press onward on your journey?

"No matter what your writing career ultimately becomes, it will be a journey... an adventure of potentially epic proportions."


Thanks for inviting me to chat with you all! I love your blog, and am so excited to share a little about what I have learned on my journey from newbie writer to landing an agent. If I could give one piece of advice to all of the first-time writers out there, it would be this: Be Willing to Take the Journey.


No matter what your writing career ultimately becomes, it will be a journey... an adventure of potentially epic proportions. Before you even begin, ask yourself "am I willing to take the journey, no matter how long it takes, no matter where the road leads, no matter how many ups and downs and all-arounds I must endure?"


It was late 2009 when I first sat down to write "THE NOVEL", my great masterpiece that was going to shock the writing world. I had been dreaming about it for more than 20 years at that point; an epic fantasy series for teens filled with action and intrigue while delivering a powerful real-life message. It didn't matter to me that I had little-to-no creative writing experience (I am an electrical engineer and an IT manager by day). I knew that I had a terrific story, had outlined it in great detail (I’m a true plotter), and as someone who had been devouring fantasy novels since childhood I believed I knew what would work.


My first "polished" draft (titled EMERGENCE) was 120K words of introduction to the story I wanted to tell. I am not exaggerating. And I couldn't figure out why my first round of several dozen queries in early 2011 fell flat (which also could have been due to my query letter being two pages that could have put the Tasmanian Devil to sleep).


And so my journey began. I joined an online writer's group, a local writer's group near my home in Cincinnati, Ohio, and I learned. And learned. Then learned some more. For example:

I learned that just being a good writer wasn't enough. I needed to be willing to find my writing weaknesses and overcome them! I learned about my addiction to the passive tense (ugh!), the differences between close and far points-of-view, oh-so-much about pacing, and a lot about plot-driven writing.

I learned that the structure of my dream novel wasn't really what the young adult market was demanding, a painful lesson indeed. My first novel was part of a trilogy-by-necessity; the first book could not stand alone. I was really writing a 350k word novel then dividing it into three books. Via my online writer's group, I learned that my first novel must stand alone, be under 100k words, and deliver the epic fantasy goods independently so that I would then be *asked* to write the sequels in the trilogy.

I was a true lone ranger during my first few years as a writer, and it showed. Once I began working with Critique Partners, I learned so much about what works and what doesn't in young adult writing. Additionally, the process of critiquing others taught me volumes about my own writing tendencies - both good and bad.


I could go on, but you get the idea.

From 2012 to 2014 my journey became a very bumpy uphill ride. Burdened with all of this knowledge, I had two choices. Press on with re-write after re-write, or give up. Thankfully I am not the quitting type.


In May of 2014 I completed my seventh complete re-write of my 95k word novel THE PROVING. So I took my slightly-new-and-improved query letter and resumed my agent hunt with excitement. And was greeted with rejections. And rejections. And more rejections. More than 80 agents rejected my manuscript. The journey was suddenly more painful than ever.


I re-read my story time and time again. And I loved it. It was *good*. But the agents didn't want it. Again I was faced with a choice; quit, or press on. I chose the latter.

Then it finally happened. In January 2016 I entered a Twitter contest and got a full request from a small agency.


Last Fall I was befriended by a NY Times and USA Today bestselling author, a friend of a friend, and she took me under her wing. Again I entered learning mode. She helped me dramatically re-work my query letter, gave me great feedback on my opening chapters, and provided tons of insight into agents and the entire publishing world. I became heavily involved in social networking, especially Twitter, and entered every Twitter agent-seeking contest I could find.

That turned into a series of emails asking for more information about me and my writing. Then in March I signed on with the amazing Jessica Schmeidler of Golden Wheat Literary Agency. Not only did she believe in me as an author, she seemed to see in THE PROVING the same potential that I saw. What a gift! Now THE PROVING (and THE MAGIC STONES OF LAKESDAWN CASTLE, a Middle Grade fantasy) are going out on submission to a list of great publishers.


This part of my journey, despite all of its twists and turns, ended wonderfully. But if I had quit at any point along the way I never would've enjoyed this victory. So embrace the journey, no matter what happens and no matter how long it takes. 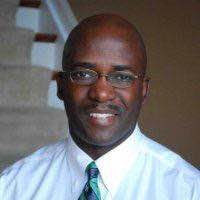 Kevin is a happily married father of five who has been dreaming of writing a fantasy book series since sometime around high school. During the course of 2010, all of his past ideas and false-starts came together into a single broad outline for a series loosely based on the role playing games he and his best friends played as kids, mixed with a series of underlying themes from biblical Christianity (a la C.S. Lewis or Tolkien, two of his favorites).

In early 2014, he completed his 7th complete re-write of THE PROVING, the first book of The Tome of Pasaron series. After many queries and many more prayers he found his agent, Jessica Schmeidler of Golden Wheat Literary.

He now spends his spare time writing sequels to both books while enjoying his family and keeping up with his day job as an IT professional in the southwest Ohio area.