FINDING YOUR VOICE THROUGH LETTER WRITING

Today we are delighted to have Melanie Conklin, author of COUNTING THYME (and 1st 5 Pages Writing Workshop Mentor!) share her insight on how to find your voice!

FINDING YOUR VOICE THROUGH LETTER WRITING

Voice. It’s the quality that sets certain books apart from all the rest, in a way that’s often difficult to quantify. What is voice? According to Grammar Girl (a website I love!), voice is the distinct personality, style, or point of view of a piece of writing. Let’s break that down a bit further.

Point of view is familiar to most writers. At some stage, you select a point of view for your story (although that can change in revision). At a high level, there are three choices for point of view: first, second, or third person. A story told from first person features the word “I” and offers a close view of the character’s view on the world. Second person is a bit trickier, wherein the reader is addressed as “you,” and thus a rare form. Third person on the other hand is quite common, and offers varying levels of insight from a narrator who is not part of the story.

Now, that’s all very technical and fine, but point of view (POV) is about more than just the format of narration. The key hint is in the definition of first person POV above: “the character’s view on the world.” Note, this doesn’t mean seeing the world through your character’s eyes as though the character were just a camera lens. Most human beings have a little bit more personality than a camera lens, so their view of the world comes with preconceptions, assumptions, and biases. It’s as though the world runs through the filter of your character’s mind, emerging as their viewpoint only after all of the irrelevant stuff has been removed.

Viewpoint, or POV, is thus a big contributor to the voice of a work, but so is style. When it comes to fiction, style can mean many things. Literary versus commercial. Genre versus contemporary. But in terms of voice, style is more like a recipe for your character’s language. After the world sifts through the sieve of POV, your character must communicate the resulting viewpoint in their own words, which is their style.

Finally, we have personality. This is perhaps the most elusive element of voice that we’re discussing today. Personality is the combination of characteristics that form an individual’s distinctive character. Your character needs to have as much personality as you do for their voice to be convincing. Personality in some ways relates to the tone of a writing piece, but while your tone may vary, your voice is how you relate to your audience. Therefore, it’s important to keep in mind who your audience is—are you writing for young readers? Teens? Adults? When developing the voice of a piece, it’s important to keep this audience in mind.

One way to explore voice while keeping your audience in mind is through letter writing. For the romantics out there, letter writing is a much-loved activity. For authors, it’s a way to peek inside your character’s soul and get to the root of their personality. You can connect with your character’s perspective by writing letters to other characters from the protagonist’s point of view. For example, what would your protagonist have to say to their mother? What about their teacher? Their dentist? Surely your character is chock full of opinions just waiting to find their way into the world. Pick a recipient, give your character permission to write, and see what they have to say.

You might be surprised. Sometimes writing the words Dear Mom unleashes a whole range of emotion and insight that you weren’t aware of. In any case, seeing how your protagonist speaks to a few different people in their lives will paint a fuller picture of who they are, and that in turn can unlock their voice in a way that chapter writing might not.

A strong voice is the key to connecting with your audience. It makes sense, then, to allow your character to connect with other characters in their own words (no matter what POV you are using). Letter-writing can reveal your character’s personality, style, and point of view all in one fell swoop, helping you understand who they are, so that your readers will understand who they are, too. 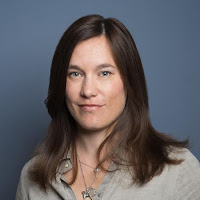 Melanie Conklin is a writer, reader, and life-long lover of books and those who create them. She lives in South Orange, New Jersey with her husband and two small maniacs, who are thankfully booklovers, too. Melanie spent a decade as a product designer and approaches her writing with the same three-dimensional thinking and fastidious attention to detail. Counting Thyme is her debut middle grade novel from Penguin/Putnam.