Believe Your Book Is The One

We're excited to host Kathryn Purdie, author of BURNING GLASS, on the blog today as she talks on believing your book is the one and how failed first efforts are never wasted.

"You’ll always face rejection on some level, even after you are published. What you can fall back on is your trust in yourself, knowing you wrote the best stories you could have. You’re The One, too, that special writer you aspire to be. Don’t let anyone tell you differently!"


I’m going to give aspiring writers some advice they may not have heard before: believe your story is The One, that special manuscript that will be picked up by an awesome literary agent and sold to a great publisher. I give this advice assuming your story is a labor of love, something meaningful you’ve worked hard at to make excellent.


Before I was published, I can’t tell you how many times I received the warning that I would need to write a “practice book”—perhaps several of them—before I was talented enough to get a book deal. It makes sense why other authors tell you this. Simply put, it’s most often the truth. But the problem with this advice is that it’s so discouraging! Getting a book drafted and revised is already a tremendous mental battle without someone telling you, “Hey, just so you know, this book will probably go nowhere.” How does that help you? No one wants to write a practice book. How would you put as much passion and dedication into it? Why would you want to finish it? Again, I’m assuming the audience I’m speaking to here is those on the path to publication.

"I sold the fourth story I wrote. For many authors, it’s the tenth or twentieth story. Does that mean their words meant nothing, or, more importantly, that all that time spent believing in “failed” projects meant squat? NO!"


Guess what? Many authors published the first book they ever wrote: Sabaa Tahir, Jeff Zentner, Heidi Heilig, and Michelle Hodkin, to name a few. That doesn’t mean they had an easy road, though. If you chat with any of these authors, you’ll see they also wrote in other mediums before publishing a novel, or they revised their first story for several years before it was finally sellable. You can, too, if you’re willing to revise, rewrite, revise again, rewrite again—whatever it takes!


Did I sell the first story I wrote? No. How about the next one? Nope. I sold the fourth story I wrote. For many authors, it’s the tenth or twentieth story. Does that mean their words meant nothing, or, more importantly, that all that time spent believing in “failed” projects meant squat. NO! I still believe every story I wrote is The One. One day, I’ll figure out how to polish them to perfection, and the market will be ready, and my publisher will be willing to take a chance on them. But, until then, I’ve become a far better writer, and I haven’t become disillusioned by the industry.

"The point is nothing is a failed effort"


In a sense, that first story I ever wrote truly was The One. I probably won’t be able to sell it, as is, because I stole too much of its big concept for the fourth story I wrote—the one that finally sold. That was my choice, using the heart of that book to make a more magical story. But I could always go back and rework it into something new if I wanted.


The point is nothing is a failed effort. Your belief in your writing can build upon what you may have first perceived as a setback. Now I’m not saying you should never move on and write something new. I did. Almost every writer does, even already published ones. Sometimes you need a good distance to regain perspective on how to fix your story. In a month, year, or decade, you may look back and see how to completely rewrite it or steal from it, like I did. But in the meantime, you’ll have written other stories, infused more belief in yourself, and gained more muscle for your talent.

"Believe...Keep learning, be humble... revise...stay true to yourself, cultivate your own voice, work hard, live widely, and be grateful for what you have during every step of process."


So please don’t give up! Believe, believe, believe. I can’t say it enough. Keep learning, be humble, listen to criticism from those you trust, revise, think about the core of your story, what sparked you to write it, stay true to yourself, cultivate your own voice, work hard, live widely, be grateful for what you have during every step of process. Challenges will continue to come. You’ll always face rejection on some level, even after you are published. What you can fall back on is your trust in yourself, knowing you wrote the best stories you could have. You’re The One, too, that special writer you aspire to be. Don’t let anyone tell you differently! 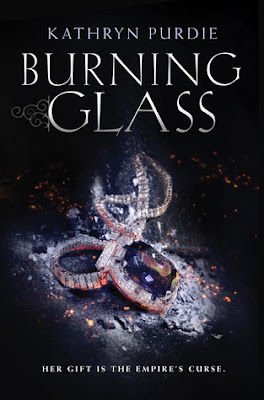 Sonya was born with the rare gift to feel what those around her feel—both physically and emotionally—a gift she’s kept hidden from the empire for seventeen long years. After a reckless mistake wipes out all the other girls with similar abilities, Sonya is hauled off to the palace and forced to serve the emperor as his sovereign Auraseer.

Tasked with sensing the intentions of would-be assassins, Sonya is under constant pressure to protect the emperor. But Sonya’s power is untamed and reckless, and she can’t always decipher when other people’s impulses end and her own begin. In a palace full of warring emotions and looming darkness, Sonya fears that the biggest danger to the empire may be herself.

As she struggles to wrangle her abilities, Sonya seeks refuge in her tenuous alliances with the charming-yet-volatile Emperor Valko and his idealistic younger brother, Anton, the crown prince. But when threats of revolution pit the two brothers against each other, Sonya must choose which brother to trust—and which to betray. 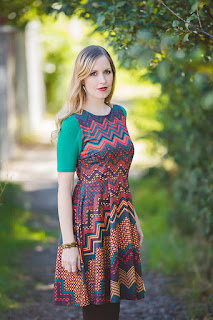 Kathryn’s love of storytelling began as a young girl when her dad told her about someone named Boo Radley while they listened to the film score of TO KILL A MOCKINGBIRD.

In high school and college, Kathryn focused on acting, poetry, guitar, and extensive journal writing. Years later, when she was in recovery from donating a kidney to her brother, inspiration for her first novel struck. She’s been writing darkly fantastical stories ever since.