Promising Form and Content: The How of Great Openings


On Thursdays here at AYAP, we've been talking about what it takes to craft a great opening, in preparation for our upcoming Red Light/Green Light contest. Red Light/Green Light will give you the opportunity to have your opening lines judged, and a chance at our grand prize--a full request with notes from Kelly Peterson of Corvisiero Literary Agency!

Last week while prepping for Red Light/Green Light, we rounded up Resources For Crafting A Strong Opening. This week, we'll take a look at examples of openings that hook the reader, and how they do it.

Some openings are so strong they've become iconic. There are opening lines that most readers know and can quote off the cuff: "It was the best of times, it was the worst of times," "Call me Ishmael" or "It is a truth universally acknowledged, that a single gentleman in possession of a good fortune, must be in want of a wife."

All openings that work, though, have one thing in common: they hint at what's to come. A great opening unfolds like a flower, revealing layers of information relating to both a book's plot (CONTENT) and its prose (FORM). Here are a few examples of recent books that had great openings, with a breakdown of how they make promises about form and content. Hopefully this will be of help to you as you polish up your own first pages in preparation for Red Light/Green Light. As for me, now I've dissected all these openings, I need to go do some editing of my own! 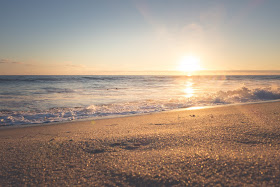 It is the first day of November and so, today, someone will die.

Even under the brightest sun, the frigid autumn sea is all the colors of the night: dark blue and black and brown. I watch the ever-changing patterns in the sand as it's pummeled by countless hooves.

Next Stiefvater orients us in space: we're on the seashore. She also provides further setting details: it's a sunny day, the sea is cold, there's something ominous about the water as it's contrasted to the brightness of land. We also get a snippet of action: horses are galloping along the beach.

They run the horses on the beach, a pale road between the black water and the chalk cliffs. It is never safe, but it's never so dangerous as today, race day.

Further detail is added to elaborate on the opening line: The first of November is dangerous because A) everyone is on the beach ("They run the horses on the beach...It is never safe") and because B) It's race day ("...it's never so dangerous as today, race day"). So now we know that both the setting (the beach) and the event taking place (the race) enhance the opening promise of danger ("someone will die"), but have yet to find out why. We've also read some beautiful prose contrasting the dark and ominous sea with the bright, comparative safety of the land. Not only has Stiefvater made a promise to the reader that her book will feature high stakes and suspense (CONTENT), she's also promised spare, thematically-rich writing that will complement the themes of the book (FORM). 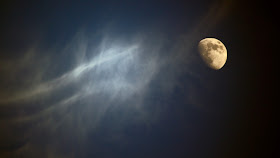 Staring at the sky in Bharata was like exchanging a secret. It felt private, like I had peered through the veil of a hundred worlds. When I looked up, I could imagine--for a moment--what the sky hid from everyone else. I could see where the winds yawned with silver lips and curled themselves to sleep. I could glimpse the moon folding herself into crescents and half-smiles. When I looked up, I could imagine an existence as vast as the sky. Just as infinite. Just as unknown.

While in the Stiefvater opening above, the first promise made is related to content, here Chokshi chooses to deliver on the promise of form first. Right away we realize her writing will be lush and beautifully crafted. However, within the loveliness of this descriptive passage, we also receive a few hints at content. To begin with, we notice based both on the title and this first paragraph, that the narrator has a special relationship with the sky. We notice too that the idea of privacy appeals to her, because it's missing from her own life, which is one of strictures and a lack of secrets ("When I looked up, I could imagine an existence as vast as the sky. Just as infinite. Just as unknown.")

But today, there was no time to let my head wander. Duty kept my gaze fixed on the funeral pyre slowly winding its way toward the harem.

The beginning of Chokshi's second paragraph elaborates on the aspects of the narrator's life hinted at above. We discover she lives a life bound by duty, and that her environment is a harem, which is certainly lacking in privacy. We also learn there's been a death among the harem members, and must read on to find how this will affect our narrator. What Chokshi promises with this opening is a story brilliantly told (evidenced by her stunning prose) and filled with drama and intrigue (the harem environment and the recent death). 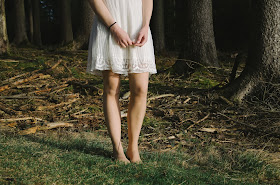 A long time ago, in a market town by a looping river, there lived an orphan girl called Plain Kate.

Bow starts this story off in near-classic fairy-tale fashion. "A long time ago" smacks of "once upon a time" while promising that the author will bring her own voice and own story to the classic genre. The market town, the looping river, the orphan girl, all ground us in a fairy-tale inspired setting and promise that here we will find a story that feels familiar. We also meet our heroine right away: an orphan girl called Plain Kate. Bow's opening line tells us quite a bit about the time-honored nature of both the form and content of her story, all with a few well-chosen words.

She was called this because her father had introduced her to the new butcher, saying: "This is my beloved Katerina Svetlana, after her mother who died birthing her and God rest her soul, but I call her just plain Kate." And the butcher, swinging a cleaver, answered: "That's right enough, Plain Kate she is, plain as a stick." A man who treasured humor, especially his own, the butcher repeated this to everyone. After that, she was called Plain Kate. But her father called her Kate, My Star.

Bow crams a great deal of backstory (or content) into this single paragraph. We learn A) the origin of Plain Kate's nickname, B) that her mother passed away in childbirth and she was raised by her father, C) that our market town by the looping river is set in an eastern European inspired landscape, D) that Plain Kate's father was a man who loved his family, and E) you don't want to get cornered by this market town's butcher at a party, because he's the type who laughs at his own jokes and tells the same stories over and over again. We also learn that Bow's writing (her form) has a lyrical flow to it and that she has a deft way of describing things in few words, as she so succinctly sums up the personality of the butcher.

In just 6 sentences, we discover who our heroine is, where she lives, much of her history, how her family dynamic played out during her childhood, and that we're about to be treated to a carefully told tale in the classic fairy-tale tradition. 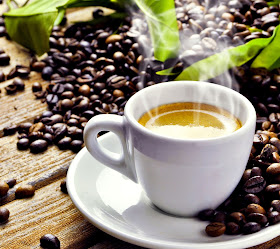 The night before junior year--I was sixteen, barely--Gable Arsley said he wanted to sleep with me. Not in the distant or semidistant future either. Right then.

Oh hey, promise of content. Right off the bat in ALL THESE THINGS I'VE DONE, Zevin promises that her narrator is going to have some fairly standard high school problems. She also lets us know that this a familiar world--people still go to high school, they still deal with pushy guys.

Admittedly, my taste in boys wasn't so great. I was attracted to the sort who weren't in the habit of asking permission to do anything. Boys like my father, I guess.

We'd just gotten back from the coffee speakeasy that used to be off University Place, in the basement of a church. This was back when caffeine, along with about a million other things, was against the law.
Zevin suddenly shows us that while the world we're in may be familiar and have a contemporary feel, there are some key differences. COFFEE IS ILLEGAL, WHAT??? Apparently other things are illegal too, and we learn another key fact about our narrator: while she's previously chided her date, Gable Arsley, and her father for not being in the habit of asking permission to do anything, she's not such an upstanding citizen herself, being as she was just in a speakeasy consuming illegal beverages.

Truthfully, all openings make promises about form. They all tell us what the author's writing style is like. In ALL THESE THINGS I'VE DONE, Zevin's narrator has a very opinionated and drily humorous voice, a fact which is hinted at in her opening and carries on throughout the book. While the skill necessary to achieve such a voice is less apparent than that in gorgeous descriptive passages (such as those in The Star-Touched Queen), crafting a strong, believable voice requires no less artistry.

While polishing up your opening scenes in preparation for Red Light/Green Light, stop and think about the promises your words are making. What does your opening say about the content of your book? What does it say about your form, or writing style? Are the promises made by your opening consistent with the rest of your book? It can be tempting to start with a bang, but if doing so leaves your reader with unrealistic expectations of your novel, you're better off finding another way to hook their attention.

I hope this proved helpful to you! I'm going to close with a friendly reminder that NEXT WEEK we'll be hosting our live chat with Kelly Peterson of Corvisiero Literary Agency. It's happening June 9th at 9pm EST, via the hashtag #GreenLightWIP. Kelly and I look forward to all your wonderful questions!


That's all for now. As always, happy writing!
Adventures in YA Publishing at 6:00 AM