Jenny Martin, author of MARKED, on the critical space that lives between the lines

MARKED is the sequel to TRACKED, and we're thrilled to have Jenny Martin stop by to tell us more about it. 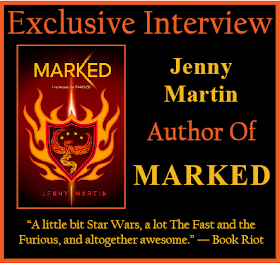 Jenny, what scene was really hard for you to write and why, and is that the one of which you are most proud? Or is there another scene you particularly love?

There was an earlier scene—one with Phee and Mary—that I’m really proud of. Phee gets the chance to acknowledge how deeply she loves her, how much she’s learned from her, and how much strength she’s drawn from her foster mother. It was a tough scene to get right, but I’m really happy with it, and with the message it sends about family.

The scene I’m most proud of? Again, probably the tear-jerking scene in chapter-thirty four. I think it makes me cry the hardest, and it captured everything I wanted to say. I hope readers feel the same.

As for the scene I love the most…it’s probably the scene in the flight simulator, before Phee makes a pivotal choice, setting the course for the rest of her journey. That scene…feels like a whole story unto itself. In that one scene, there’s action (some of the most intense I’ve ever written), discovery, tension, romance, comfort, sorrow, and even a little hope.

How long did you work on MARKED?

I wrote the first third of the draft over the course of ninth months, and then finished the rest of the book in one month, in summer. This book began in fits and starts, and then poured right out of me!

This book taught me about the importance of subtext, and about the critical space that lives between the lines. To me, the most meaningful books are the ones that don’t spell everything out for the reader. It’s good to have something to puzzle out, grapple with and ponder.

I had another agent before my current one. I wrote three full-length novels before Tracked sold. My debut was bumped three times. My sequel was almost cancelled long before the first one ever hit shelves. There have been a lot of bumps in the road, but again, I was determined to never give up. I’m still determined, no matter what.

Was there an AHA! moment along your road to publication where something suddenly sank in and you felt you had the key to writing a novel? What was it?
Revision was the definitely the hardest skill for me to hone, and before publication, it was the part of the process I dreaded the most. Going through revisions with Tracked, however, taught me so much, and now I embrace the work. In fact, it’s become my favorite part!

I do have a big, comfy, red chair. At home, I always sit in it when I write. But other than that, I don’t really have many rituals. I can write just about anywhere, even when there’s noise. Once I’m in the zone, at home or at the coffee shop, I can block out anything. I just fall into the zone, and the world around me disappears. And while I’m influenced a lot by music, I usually don’t write to it, unless is instrumental and ambient.

First, the answer to any writing quandary is nearly always: write another book. Seriously, don’t waste time writing the same book over and over and over if it’s not working or attracting interest. You can always return to it later, but for now, you’ll develop new skills sets by starting something fresh.

Second, as my friend Alex likes to say, there are three elements in the formula for success: luck, talent, and persistence. The good news is, you only need two out three.

Right now, I’m working on a sprawling, epic, multi-POV saga that straddles the line between fantasy and science fiction. There are queens and programmed consorts, pirates and knight-commanders, assassins and engineered soldiers, and many more…some of them heroes, and most of them pawns. I joke that it’s my feminist Game of Thrones.

After an escape gone wrong, Phee barely made it out of Castra alive. But Cash, the leader of the rebellion, is still missing--and Charles Benroyal is to blame. Caught between grief and blinding thoughts of revenge, Phee fights for the resistance, gaining new allies and, perhaps, making new enemies, too. Meanwhile, Phee can't control her growing feelings for Bear, her best friend since childhood, and she's forced to make a choice--between the boy who has always been there for her, and the one who might never return. As Benroyal's attacks grow bolder, Phee and her team embark on a daring mission to defeat the Sixers and save the planet. But no one is prepared for the sacrifices Phee will have to make to win this war once and for all.

With nonstop action and a wholly original science fiction world, Marked will have your heart racing until its breathless conclusion. 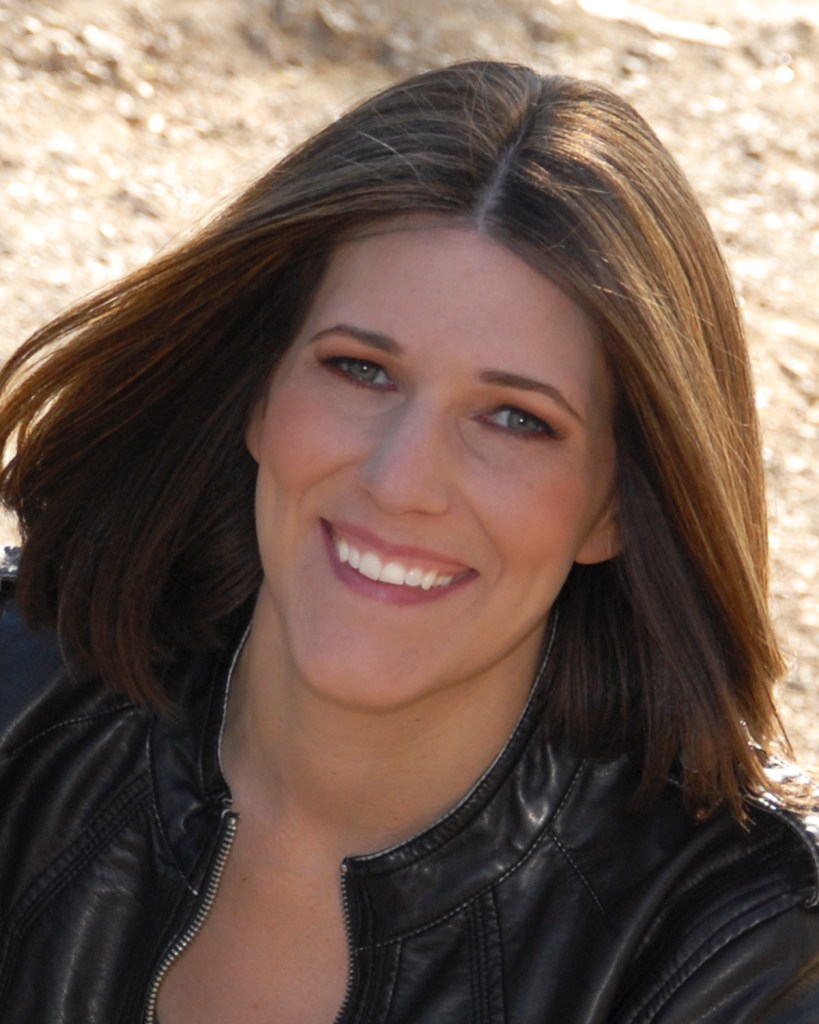 Jenny is a librarian, a book monster, and a certified Beatle-maniac. She lives in Dallas with her husband and son, where she hoards books and regularly blisses out over all kinds of live and recorded rock. Her debut YA novel, TRACKED, is out now, and is published by Dial, an imprint of Penguin-Random House.

Have you had a chance to read MARKED yet? Do you avoid spelling everything out for the reader? Do you have at least two of the three elements in the formula for success? Share your thoughts about the interview in the comments!