The Influence of Idols by Kim Savage

Today we're welcoming Kim Savage to the blog. Kim's debut, AFTER THE WOODS, was published in February. Today, Kim's writing about one of her biggest literary influences - Shirley Jackson - and how she takes cues from Jackson to push her own writing further.


The Influence of Idols by Kim Savage

My Twitter profile says that “I write about girls and the darkness between.” That’s mostly correct. It’s also the reason I’m deeply affected by the work—and the person—of Shirley Jackson.

Jackson might seem like an odd choice. Academic. A bit old fashioned, maybe. But re-visit the short stories you read in high school (and the ones you didn’t) and you’ll realize Jackson was ahead of her time. Think of Jackson, and you immediately think of The Lottery and The Haunting of Hill House. Those are probably her best known works, but I prefer We Have Always Lived in the Castle above all. It doesn’t matter, because every-thing Jackson writes is more relevant now than ever, especially for writers and readers of Young Adult Lit. Hear me out.

I love spare writing. I aspire to it. Here’s just one line from Castle, but I could have picked any:

“I wondered which of them had pushed over Constance’s harp and I remembered that I had heard it cry out as it fell.”

Jackson’s writing isn’t only spare, it’s simple, and it’s stunningly effective. Her scenes take place in dusty drawing rooms and decrepit kitchens, and in small, phobic Vermont towns. Her characters are plain folk: frail uncles, dutiful daughters, backward townsfolk. And yet, there’s a madness lurking around their edges that is far from ordinary, and ab-solutely terrifying.

In fact, Jackson is the master of dread, and in some ways, her writing is the antidote to what psychological suspense has become (my own work included). Jackson doesn't need a twist you never saw coming to jar the reader: she has you gripping the book tighter with every page because she has crafted the perfect slow build. You know some-thing’s off with the townspeople in The Lottery, but you can’t put your finger on it. You hold your breath, knowing it isn’t going to end well long before they start picking up stones.

In the same way that Jackson doesn't need the unexpected twist, she doesn’t need the revelation of an unreliable narrator. We know her narrators (think Merricat Blackwood and Eleanor Vance) are unreliable from the start, and it doesn't ruin anything for us. Along those lines, the revelations at the end of Jackson’s stories don’t give you whip-lash. You knew it was going somewhere bad, but you liked going there. And when you got there, it was as good as you imagined.

There are other ways Jackson feels current, and to YA in particular. In YA, adults are usually marginalized or nonexistent. In Jackson’s stories, the children are often inher-ently better people than the adults (even infantilized adults, like the sisters in Castle). Then too, as a pre-feminist-era writer, Jackson didn’t care for labels. She didn’t want to be labeled “woman writer,” or a “horror writer,” for that matter.

All that said, Jackson speaks to me mostly because of the way she writes women and the spaces between them. Consider Merricat and Constance in Castle. Barricaded in their house, first figuratively then literally, the sisters have created an alternative uni-verse where they each serve as a sort of parent to their daft Uncle Julian, and then to each other. Merricat killed everyone but Constance, and Constance took the fall. Con-stance is agoraphobic, tending the house obsessively while Merricat goes out and “for-ages" like the hunter-gatherer she is. The intricacies of their relationships as siblings, then partners in every sense (spousal, and in crime) are rendered like no relationship between women that I’ve ever read.

Or take Eleanor and Theodora in Hill House. Eleanor arrives at creepy Hill House and is relieved to be joined shortly after by Theodora, who is as much a free-spirit as Eleanor is repressed. Though there are two men in the house, it’s the two women who are drawn to each other: a relationship that evolves dramatically, and entirely believably, as the house pulls strange tricks on them, and pits them against one another. In one short story, Jackson has Eleanor experience the full spectrum of emotions toward Theodora: infatuation, friendship, love, jealousy, and hatred.

This brings me to one more point. Jackson is a master of silence. I’m not talking about quiet books, I’m talking about what isn't said. Sex is missing from her books. Yet you feel it in Eleanor’s yearnings toward Theodora, and in the way the Blackwood sisters feel violated when men invade the house (the exception being impotent Uncle Julian). Ellipsis is Jackson’s art, and it’s one you don’t see a lot of these days. It’s a craft worthy of study, and I am all over it.

So yes, Shirley Jackson makes me feel bad about my work, and I absolutely love it. If perfecting your craft means knowing your perfect teacher, I’m halfway there. Julia did. When a paroled predator attacked Liv in the woods, Julia fought back and got caught. Liv ran, leaving Julia in the woods for a terrifying 48 hours that she remembers only in flashbacks. One year later, Liv seems bent on self-destruction, starving herself, doing drugs, and hooking up with a violent new boyfriend. A dead girl turns up in those same woods, and Julia’s memories resurface alongside clues unearthed by an ambitious reporter that link the girl to Julia’s abductor. As the devastating truth becomes clear, Julia realizes that after the woods was just the beginning.

Kirkus calls After the Woods, "A riveting exploration of what it's like when the enemy is much closer than you suspect." (starred review, Nov. 1, 2015) 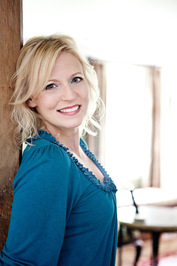 Kim Savage is the author of AFTER THE WOODS, a debut psychological thriller for young adults coming on Feb 23, 2016 with Farrar, Straus and Giroux/Macmillan. Her second thriller for young adults comes from FSG is 2017. Before writing fiction, she worked as business journalist, pitching stories along the lines of “Stigmatized Properties: When Murder Kills Property Values”. You get the idea.