Jacqueline West, author of DREAMERS OFTEN LIE, on writing being like putting together a giant jigsaw puzzle

We're thrilled to have Jacqueline West stop by to tell us more about her latest novel DREAMERS OFTEN LIE.

Jacqueline, what was your inspiration for writing DREAMERS OFTEN LIE? 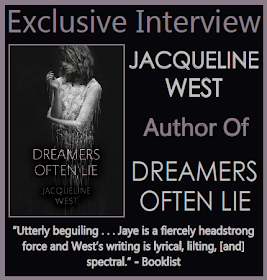 When I’m writing, I usually feel like I’m putting together a giant jigsaw puzzle. Sometimes everything comes together quickly and easily, and sometimes all I’ve got is one piece that doesn’t fit with anything else and I have to wait for years and years before I collect the rest of the puzzle. DREAMERS OFTEN LIE was one of those single-puzzle-piece times.

More than a decade ago, I had this mental image of a teenage girl waking up in a hospital bed and finding Shakespeare sitting across the room, staring back at her. I had no idea what kind of story this image belonged to, but it stuck around in the back of my mind, just waiting for me to collect some more pieces.

A few years after that, I was working as a high school English teacher and drama coach. I would come home every evening with a brain stuffed with Shakespeare and play rehearsals and my students’ lives and problems and pains and dreams, and these things connected with the image of the girl and Shakespeare in the hospital room.

I started to write about a modern-day theatre kid who, after a serious head injury, starts seeing Shakespeare and his characters in her real life. After that, more and more pieces fell into place. A Midsummer Night’s Dream, Romeo and Juliet, and Hamlet all came together, and they brought loss and lies and memory and love and insanity and magic and family and teenage impulsivity with them, and at last, I had my story.

How long did you work on DREAMERS OFTEN LIE?

I started drafting the story that would become DREAMERS OFTEN LIE in 2008. At that time, besides teaching English and drama, I was searching for an agent for my first middle-grade book (something I was calling THE SHADOWS ON THE WALL) and feverishly writing and submitting poetry and short stories in my scanty spare time. I signed with my first agent that fall, and we accepted Penguin’s offer for my book a few months later. It was released as THE SHADOWS, Volume One of THE BOOKS OF ELSEWHERE, in June 2010. Over the next four years, I wrote and revised four more volumes of THE BOOKS OF ELSEWHERE, while DREAMERS OFTEN LIE became my permanent back-burner project. Whenever I had a gap between deadlines or a dry spell of BOOKS OF ELSEWHERE inspiration, I would go back to DREAMERS and see how it had boiled down.

The story went through a slew of incarnations: plotlines came and went, POV changed from first-person to third and back again, new scenes popped up and led me in unexpected directions. And with each draft, I got to know my protagonist a little bit better. It turned out that Jaye Stuart was a high school junior with a passion for theater, a dark sense of humor, and a tendency to distort things in her own mind. She was dramatic and intense and self-deprecating, and she let her emotions rule her actions, and she was full of hidden injuries. Over eight years of drafting, I got to know her well enough that I finally felt like I could just get out of the way and let her speak.

This book reminded me that there are infinite ways to tell a story.

I could literally have kept rewriting this book forever. Because I was working on it between bouts with my primary project, I would take it out once a year, blink at it for a while, rewrite it as the writer/person I was at that point, put it away, and then do it all over again several months later. I’m not sure that the book would have kept improving if I had done this eternally (and I probably would have started to lose my mind), but each draft did reveal something brand new about the plot and the characters—and of course, all the characters are experiencing and remembering their own stories in their own unique ways, so there were layers and layers of truths and lies to uncover. That’s one of the big themes in the book: that memory is simultaneously a truth and a lie, and that a story can mean something completely different to every player in it.

One of my big AHA! moments came with my protagonist’s name. I realize how appropriately Shakespearean this is—in the famous balcony scene, Juliet asks, “What’s in a name? …Romeo would, were he not Romeo called, retain that dear perfection which he owes without that title.” But I don’t really buy that. And I don’t think Shakespeare did either. He didn’t write Ubertino and Juliet. He knew what he was doing.

Until the last couple of drafts, my protagonist had a different name. It was kind of a placeholder name, really; something I’d thrown in at the start because I needed to call her something. But that original name never seemed to fit, and I kept struggling to figure out who this girl really was.

Finally, during one of my countless rewrites, I happened upon just the right replacement. Jaye. That was it. It seemed so simple and so obvious and so right, and it turned out to be the puzzle piece I needed to find in order to finish the rest of the picture. I had my girl, and she had her name, and I could see her and hear her more clearly than I ever had before. What’s in a name? A whole freaking lot.

I’m currently finishing up the first book in what I think may be a new middle-grade series. It’s in the fantasy/mystery vein of THE BOOKS OF ELSEWHERE, but it’s got a very different plot, setting, and main character, and I’m having a marvelous time exploring them all. Black Swan meets Romeo and Juliet in this slippery, romantic YA by New York Times bestselling author Jacqueline West - for fans of Holly Black's White Cat, Justine Larbalestier's Liar, and Francesca Zappia's Made You Up.

Jaye wakes up from a skiing accident with a fractured skull, a blinding headache, and her grip on reality sliding into delusion. Determined to get back to her starring role in the school production of A Midsummer Night's Dream, Jaye lies to her sister, her mom, her doctors. She's fine, she says. She's fine. If anyone knew the truth - that hallucinations of Shakespeare and his characters have followed her from her hospital bed to the high school halls - it would all be over. She’s almost managing to pull off the act when Romeo shows up in her anatomy class. And it turns out that he's 100% real. Suddenly Jaye has to choose between lying to everyone else and lying to herself.

Troubled by the magnetic new kid, a long-lost friend turned recent love interest, and the darkest parts of her family's past, Jaye’s life tangles with Shakespeare's most famous plays until she can't tell where truth ends and pretending begins. Soon, secret meetings and dizzying first kisses give way to more dangerous things. How much is real, how much is in Jaye's head, and how much does it matter as she flies toward a fate over which she seems to have no control? 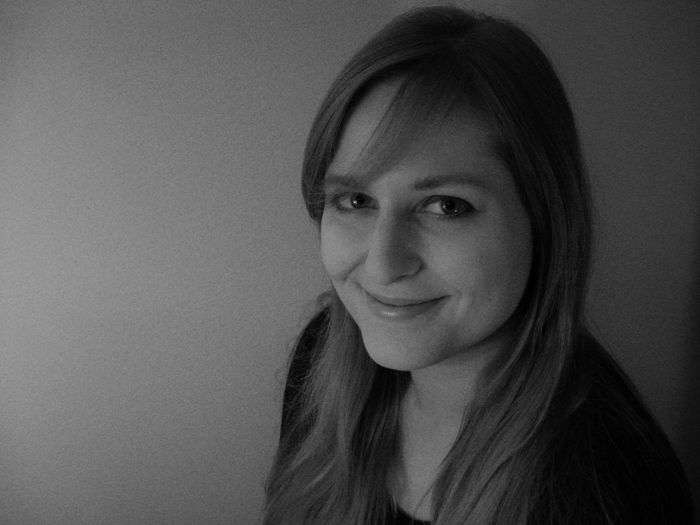 Jacqueline West is the author of the award-winning middle grade series The Books of Elsewhere. The Books of Elsewhere, Volume One: The Shadows (2010) garnered starred reviews, several state award nominations, and a spot on the New York Times Bestsellers List. The series is published by Dial Books for Young Readers (a division of Penguin Random House) in the USA and will also be published in Italy, Spain, Greece, Turkey, Indonesia, Sweden, Norway, France, Germany, Russia, and Catalonia.

Jacqueline's short fiction for adults and children has appeared in a variety of publications, and her poetry has received many honors, including two Pushcart nominations, a Rhysling Award nomination, and a Dorothy Sargent Rosenberg prize. Cherma, her series of poems about Wisconsin's Bohemian immigrants, was published in March 2010 by the University of Wisconsin's Parallel Press chapbook series.

Jacqueline loves dogs of all shapes and sizes, is sadly allergic to cats (though she manages to write about them without developing a rash), and is at least a little bit afraid of all fish larger than a hot dog bun. If you are sharing a pizza, she will ask for the crust pieces. Don't get her talking about Kurt Vonnegut, Tori Amos, Northern Exposure, or Sylvia Plath, or you'll be sorry. Jacqueline lives amid the bluffs of Red Wing, Minnesota, with her husband, her son, and her dog, a Springer Spaniel mix named Brom Bones.
--

Have you had a chance to read DREAMERS OFTEN LIE yet? Do you feel writing is like putting together a giant jigsaw puzzle? Does the right name help you see and hear a character more clearly? Share your thoughts about the interview in the comments!