Marketing that actually gets results is one of the toughest jobs writers face. The skills necessary to publicize a book effectively are not always the ones that helped us write that compelling story which needs to find its readership.

Lisa London is an author who has combined her background in business and finances with her unique creative style to effectively market both her nonfiction and fiction releases. She's here to tell the story of what she did that worked when launching her recent debut novel. You'll want to pay attention as she succeeded in attracting media coverage via TV, radio, and newspapers throughout her four-state tour. And be sure to check out the book that got it all, Darker the Night, at the end!

Getting Publicity for Your Book Launch by Lisa London


The Day Before Launch:

My inner eighth-grade girl anxieties were overtaking me. I knew no one was going to show up at my party. The launch of my debut novel was the next morning, and I was a basket case. The last month had been spent sending emails to every radio, TV, and newspaper in the area. I scoured the TV reporters’ bios, trying to guess which would most likely want to cover the story. I tailored each email to the specific reporter, explaining why his viewers, listeners, or readers would be fascinated by a story of a woman being honored on her 90th birthday with the launch of a novel based on her life.

And now, the day before the launch, the only confirmation I had was the local weekly paper.


I had spent the last week telling the local bookstores how much they needed to stock Darker The Night, the tale of a young woman growing up in Hitler’s Germany inspired by the actual experiences of a local woman. They each took one or two copies.

At least the book trailer had been completed before the launch…if only just the day before. As I sat on the couch to watch it with my editor, my sister, and Hilde, the woman whose story had inspired my novel, I began to relax. Until the text of the trailer scrolled across the screen.

It was Superbowl Sunday. In North Carolina. The Carolina Panthers were playing. How was I ever going to get the trailer designer to make the change before tomorrow? “Oh well,” I sank deep into the couch. “I don’t even know if the venue had anything for us to play it on. Nobody’s coming after all.”

“Come on, Lisa. You scheduled it between bingo and lunch at the senior center. You’ll have a captive audience.” My sister grinned.

The Panthers lost and I selfishly cheered. At least the news tomorrow wouldn’t be all about their win. Oh, and my trailer designer was able to fix the misspelling.

“It’s Jacqueline from Channel 9. Is your event still one?”

OMG! Through morning brain fog, I somehow managed to keep from squealing. In the most professional voice I could muster, I reiterated the details and told her I looked forward to seeing her camera crew there.

With my new-found enthusiasm, my editor and I picked up Hilde and headed to the Senior Center. The director found a TV to display the corrected trailer. Hilde’s friends and neighbors were piling into the center. As soon as bingo concluded, I rushed to set up the video. When I turned around, there were not one, but two TV stations plus a newspaper reporter. It was show-time.

After the presentation, we were hustled into a small room to be interviewed, which we assumed would only take a few minutes. For the next hour, my editor had to fend off well-wishing friends while we were recorded for both news channels.

Capitalizing on Each Success:

The next week, I received an email from a producer at NC Public Radio’s The State of Things who had seen some of the coverage of the launch. Now I had something even more to entice the booksellers with. Every email, every phone call included something along the lines of, “be sure to tune in on March 22 for my public radio interview.”

Blessed with a large family scattered across the nation, I scheduled visits, sent emails to the local bookstores and newspapers a few weeks before I was to arrive, letting them know I would be stopping by on my “multi-state book tour.” I emphasized the human interest side any way I could. One reading was tied to my grandmother’s 101st birthday. Another signing included the cover designer (he was the local boy in that town). My story takes place in Germany, so that is what I would emphasize in locales with large German-American populations. A friend in another town lined me up with a Rotary group and a book club. Each effort designed to meet the specific human interests of the region.

The week before I headed out, I picked up the phone and called the reporters, even if they hadn’t responded to the emails. I assumed if it was a slow news day, they may want me. My hometown newspaper even offered to interview me over the phone to put a blurb in before I got to town. They ran a front page, above the fold article that made me sound great. This brought a packed house to the coffee shop where I held the signing and sold 75 copies. The local television reporter, to whom I had sent numerous emails and press releases but had not heard from, showed up at the signing.

From the emotional rollercoaster of the launch and weeks following, I learned a lot. Primarily that reporters don’t commit to anything until the last minute, so be prepared. Here’s a list of things I think will help other writers.

What I Did Well:


In a nutshell, I’d suggest picking up the phone. We can accomplish more in short conversations followed up with an email filled with links and attachments, than the unopened, unrequested email sitting in the reporter’s inbox. I also make myself do some marketing/sales a little bit every day. I’m now scheduling my mid-afternoon slump time to make all the phone calls I dread or come up with the dreaded blog posts and the oh-so-clever tweets. (Sounds like a New Year’s Resolution, doesn’t it?) And make life as easy as possible for the reporters. You’ll be sending out press releases in the future (won’t you?) and having a contact who knows you is bound to be a help.

It takes a ton of time and effort those few weeks before the launch, but every bit of publicity can be used to generate more. 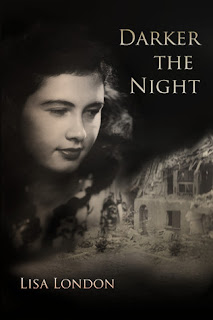 Inspired by a true story, this fascinating tale tracks an extraordinary young woman as she perseveres through the challenges of Hitler’s Germany.

“…a stunningly realistic, absorbing quality that will make it a powerful juxtaposition to Diary of Anne Frank, recounting the youth experience from quite a different vantage point and making it a special recommendation…”


Hedy spends her childhood playing with her Hitler Youth group in the hills of Western Germany. When the Führer’s troops march across Europe, Hedy is determined to help the soldiers by becoming a physical therapist. The Nazis, however, have other plans. Suddenly she finds herself assembling airplanes, dodging bombs, battling hunger, and standing up to the invading tanks.

As the pride in her country is shattered with the news of the Nazi atrocities, her father reminds her, “The darker the night, the brighter the stars.” Is her star the charming American Counter-Intelligence Agent who keeps appearing in unusual places. 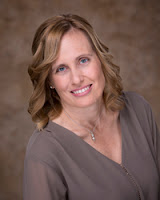 Lisa London is the author of the top-selling Accountant Beside You series of books for nonprofit organizations. Her friend Hilde Sensale’s stories of growing up in Germany during World War II inspired her to write Darker the Night. Lisa now hopes that people’s eyes no longer glaze over when they ask what she is writing.