Joshua David Bellin on Backstory: How much is too much?

We're happy to welcome Joshua David Bellin back to the blog today. Josh is here to share some insight that concerns all writers at the start of every story: how much information to share how soon? Read on to see how Josh (and other writers) approach the backstory question. And be sure to check out his SURVIVAL COLONY 9 at the end of the post!

How much is too much?

When it comes to backstory, that’s a question I get asked all the time. Particularly in the first few chapters of a novel, writers wonder how much background information to provide about the story and characters. Too little and readers might get confused. Too much and they might get aggravated. So what’s the right balance?


Like everything in writing, the answer is: “it depends.” There are no hard and fast rules telling you exactly how much backstory to include in your novel, much less when, where, and how. Different readers will have different preferences, and no single approach will satisfy everyone.

Me, I’m in favor of minimizing backstory, especially in the first chapter or two (or three). To my thinking, the function of these early chapters is to lay the scene, introduce the characters and conflict, and set the story in motion; exposition can bring the narrative to a dead stop before it’s even started. I prefer initial chapters full of tension and mystery (and even a little confusion); I want clarity to emerge gradually, as much through my own activity as through the writer’s.

So, for example, if I’m reading a post-apocalyptic YA that tells me “people wandered the streets with hollow faces,” I don’t want the writer to follow this up with: “They were victims of a dread disease, zombosis, which the government had implanted in the water supply so the nefarious President Sleet could rise to absolute power.” To me, this sounds like a writer who doesn’t trust the reader—or him/herself. If the story and characters are interesting, if the scenes are well-rendered and convincing, I’ll keep reading long enough to figure out what’s going on.

Consider one of the most popular books of all time, Harry Potter and the Sorcerer’s Stone. We know the story so well, it might surprise us to look back and discover how little J. K. Rowling reveals in the first chapter (or, for that matter, the second and third). In Chapter One, we learn that there’s someone named Voldemort who is evidently a very bad guy; that he’s killed Lily and James Potter, parents of the title character; and that Harry has somehow survived the attack. But it’s not until the fourth chapter, when Hagrid arrives to hand-deliver Harry’s acceptance letter from Hogwarts, that we learn more about the wizarding world, its antagonist, and Harry’s place in it. We keep reading, though, because the characters are so intriguing, the scenes so engaging, and—not least—the mystery so compelling, we just have to discover what it’s all about.

Or consider a book like James Dashner’s The Maze Runner. For a very long time, largely because the characters don’t know what the heck is going on, we don’t know what the heck is going on—and that’s okay. We keep reading because the world is so brilliantly imagined, because mysteries abound, because an air of veiled menace hangs over every scene. If, on page 2, we’d been told, “Thomas was a willing experimental subject for an organization called WICKED, which was testing teenagers in a constructed maze in order to develop a vaccination against a global epidemic caused by sun flares,” would we keep reading? I wouldn’t. (And now that I’ve spoiled it, I bet you won’t either!)

So my advice to writers is: don’t rush things. Novels are long for a reason; they provide plenty of time to connect the dots. Focus on creating scenes full of tension, conflict, and mystery, and trust your readers to keep reading as the pieces fall into place one by one. 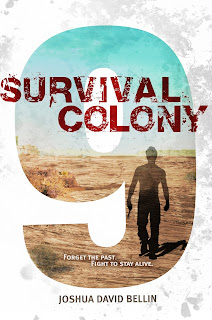 Querry Genn is in trouble. He can’t remember anything before the last six months. And Querry needs to remember. Otherwise he’s dead weight to the other members of Survival Colony 9, one of the groups formed after a brutal war ravaged the earth. And now the Skaldi have come to scavenge what is left of humanity. No one knows what the Skaldi are, just that they can impersonate humans, taking their form before shedding the corpse like a skin.

Desperate to prove himself after the accident that stole his memory, Querry is both protected and tormented by the colony’s authoritarian commander, his father. The only person he can talk to is the beautiful Korah, but even with her, he can’t shake the feeling that something is terribly wrong. And that his missing memories are at the very center of it. 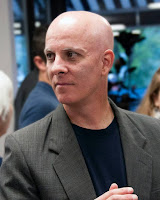 Joshua David Bellin has been writing novels since he was eight years old (though the first few were admittedly very short). He taught college for twenty years, wrote a bunch of books for college students, then decided to return to fiction. SURVIVAL COLONY 9 is his first novel, with the sequel, SCAVENGER OF SOULS, set to release on August 23. Be on the lookout for the SCAVENGER OF SOULS cover reveal and giveaway on YA Books Central February 24!