We're thrilled to welcome author Joshua David Bellin to the blog today as our monthly Ask a Pub Pro! Joshua is here to answer your questions on what exactly is an unreliable narrator and how to craft one, how to creatively recycle character types, and the pros and cons of using Book X meets Book Y in pitches. He's also giving away a signed copy of his recent release, SURVIVAL COLONY 9, with the winner also to receive a copy of the sequel, SCAVENGER OF SOULS, when it comes out next year. Be sure to check it out below!


Hi readers! I’m thrilled to be here on Adventures in YA Publishing to answer some of your questions. Enjoy, and at the end of the post, check out the cool giveaway I’m offering!


There are also, of course, narrators who are intentionally trying to mislead. Typically, that’s because the narrator wants to gain some advantage: maybe the narrator has a secret s/he doesn’t want to divulge, or is trying to justify her/his actions, or is a sociopath who enjoys toying with others. In some cases—and this gets really sneaky—the narrator is unreliable but the reader doesn’t realize it until late in the novel, maybe not until the very end.

2. The more books I write, the more I find I’m reusing character types. I’m not quite sure this is a problem as I’ve noticed some of my favorite authors do the same. But I’m wondering if you have any advice for how to avoid this.


To a certain extent, reusing character types is going to happen to any prolific author, particularly one writing genre fiction. How many kick-butt heroines, ruthless dictators, and evil scientists do we find in YA science fiction? A ton! And that’s because the current conventions of the genre demand such character types, just as the conventions of sci-fi novels two generations ago demanded male scientist action-heroes.

The problem is when a type is only a type, a two-dimensional caricature instead of a fully rounded character. I find this in a lot of YA where parental figures are pure stereotypes: clueless, unfeeling tyrants who make token appearances merely to crush the protagonist’s dreams. That’s a caricature, and it leaves me cold—as would a brainless cheerleader, a science nerd, a ruthless assassin, or whatever, if that were the only thing to the character. The best YA literature has rich, complex characters; take a look at any of the books named above to see what I mean.

So my best advice is that, if you find yourself gravitating toward recognizable character types, make sure there’s more to them than meets the eye. Use the type to your advantage: maybe the protagonist’s mother will seem cruel and heartless until the protagonist gets to know her better. Or maybe the kick-butt heroine is a shy kid who got into martial arts to mask her difficulty talking to people. Play against type: make the assassin a poet, the cheerleader a revolutionary. A type can be helpful as a preliminary guide, but if the character never reveals anything unique, complex, or contradictory, then it becomes a lifeless caricature.

3. On a recent pitch event on Twitter, I saw lots of pitches based on “this popular book” meets “another popular book.” I know this format is popular for pitches and comp titles, but am having a very hard time coming up with this format for my story. How important is it?


The “Book X meets Book Y” pitch has become popular because, first, it’s short enough to fit into a tweet, and second, if well done it can pique a reader’s interest. But it’s risky for a number of reasons. First and foremost, making reference to other books can disguise what’s unique about your own book. Second, pitching your book according to what’s “hot” overlooks the fact that market trends (and agent/editor wish lists) change all the time. Finally, likening your book to other popular books can end up seeming either boastful (“My book is Harry Potter meets The Hunger Games”) or bizarre (“My book is Winnie the Pooh meets Divergent”).

Bottom line: if you’ve got a really cool “X meets Y,” there’s no harm in using it. But what really matters is the quality of your manuscript. A catchy pitch might garner requests, but it won’t sell a weak manuscript. A strong manuscript, on the other hand, will distinguish itself without any gimmicks. 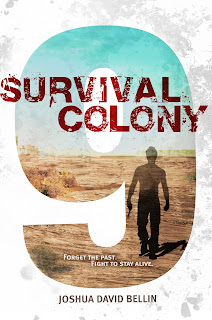 Querry Genn is in trouble.

He can’t remember anything before the last six months. And Querry needs to remember. Otherwise he’s dead weight to the other members of Survival Colony 9, one of the groups formed after a brutal war ravaged the earth. And now the Skaldi have come to scavenge what is left of humanity. No one knows what the Skaldi are, or why they’re here, just that they can impersonate humans, taking their form before shedding the corpse like a skin.

Desperate to prove himself after the accident that stole his memory, Querry is both protected and tormented by the colony’s authoritarian commander, his father. The only person he can talk to is the beautiful Korah, but even with her, he can’t shake the feeling that something is desperately wrong. And that his missing memories are at the very center of it. 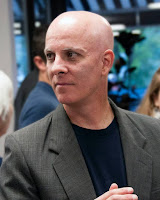 Joshua David Bellin has been writing novels since he was eight years old (though the first few were admittedly very short). He taught college for twenty years, wrote a bunch of books for college students, then decided to return to fiction. Survival Colony 9 is his first novel, with the sequel, Scavenger of Souls, set to release on August 23, 2016. Josh loves to read, watch movies, and spend time in Nature with his kids. Oh, yeah, and he likes monsters. Really scary monsters.