Jenna Helland, author of THE AUGUST 5, on creating a disaster area when writing a first draft

We're thrilled to have Jenna Helland join us to share more about her latest novel THE AUGUST 5. 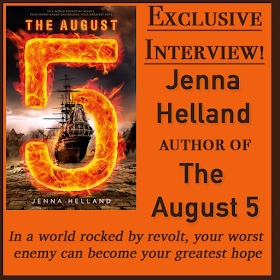 Jenna, what was your inspiration for writing THE AUGUST 5?

I’ve always been fascinated by Thomas Paine and the era of political pamphlets. I imagined living in a time when I couldn’t get information from the Internet and instead I had to rely on the written word. In societies where newspapers are so powerful and necessary, journalists can become political targets, and that’s what I wanted to explore. I started by writing newspaper articles by Gavin Baine, and those developed into the novel.

I love to begin writing in the early morning before the sun rises. My perfect writing session is when I have my window open, my fan on, and my cat in my lap. For a lot of years, I didn’t have a study so I had to write in the garage. Now I have my own room with a window, which is a lot nicer.

Don’t put too much pressure on yourself to create a well-crafted first draft. When I’m getting a scene down for the first time, I create a disaster area, not lovely prose. I don’t worry about writing full sentences, I just get my characters from point A to point B. And then the fun begins! Also, if I ever find myself stuck, I know I need to outline more. Of course, I always deviate from my outlines but I need them as a foundation.

I’m a writer for "Magic the Gathering," a fantasy trading card game. We create two fantasy worlds a year so I spend a lot of time on that! Worldbuilding is one of my favorite things about writing. I like to start on an epic scale and get more and more detailed. Eventually, I want to be able to create a particular person on a particular street corner and know exactly what they will see when they step outside their door to face the world. In this debut novel, two worlds collide amid clashes of power, honor, and what it truly means to be brave.

Tommy Shore is the son of the most important man on Aeren—a high-ranking politician who wants nothing more than to take away all of the rights of the lower-class cottagers. Tamsin Henry is the daughter of a revolutionary man who has hopes of overthrowing the corrupt politicians, also called the Zunft, the group that holds all the power in this world.

The two sides clash when Tommy rescues Tamsin during the August Rising, a cottager attack organized by a group of rebels known as the August Five. He starts to question the motives of the Zunft and realizes that it will take all of his resolve to stand up to his father and fight for the rights of those who have none. 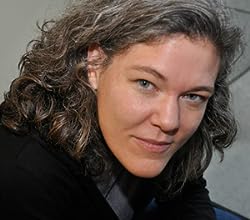 Jenna Helland is a writer and editor for Wizards of the Coast in Renton, Washington. Before moving to the Northwest, she was a journalist in Missouri, Virginia, and California. She has a history degree from Trinity College in Dublin, Ireland, and a journalism degree from the Missouri School of Journalism in Columbia, Missouri. She enjoys playing Magic: The Gathering, reading books with pictures, and running.
---


Have you had a chance to read THE AUGUST 5 yet? Do you put too much pressure on yourself when writing a first draft? Are your worlds detailed enough that you know what characters will see when they step outside?