Catrina Burgess, author of AWAKENING, on writing a story to stay sane

AWAKENING is the first novel in the Dark Rituals series, and we're excited to have Catrina Burgess join us to chat about writing. 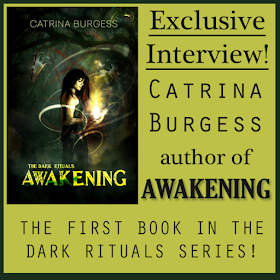 Catrina, what was your inspiration for writing AWAKENING?

I was diagnosed with Chronic Fatigue four years ago. For two years I was too sick to write. Those were two very dark years. When you have such bad fatigue and your world becomes so very small you can’t help but have dark thoughts. Every six months I would try to write. And when I was well enough to start writing again I poured all those dark thoughts, all that angst I had in my life into a story. I decided to write the story to keep me sane and to entertain my teenage nieces. And since I’m a huge fan of both stories full of ghosts and magic I decided to put both in my book. Awakening is the first book in the four book YA series called the Dark Rituals.

How long did you work on AWAKENING?

It took me three months to write the story and then two months to edit. I do what is called a fast draft—I pound out a very rough first draft and then I have to spend a great deal of time polishing the story.

Awakening showed me that I could write big stories. And not just one—there are four big books in the Dark Ritual series. Each book is bigger than the last!

What do you hope readers will take away from AWAKENING?

That even during your darkest days there is always hope.

Because I still suffer from Chronic Fatigue, there are many days where I’m extremely tired. My husband bought me a desk that swings over the bed, so quite often I work on the story while sitting comfortably in bed. I have a weekly page goal of 25 pages. I’ll admit, I don’t always make my weekly page count, but I do my best to make the goal every week. I like to write in silence and I particularly love to write during thunderstorms. I often write the scary scenes late at night, between midnight and three am, sitting on the couch working on the coffee table.

It’s easy to come up with ideas for stories. The hard part is finding that one story that you really care about. A story that you can pour your heart and soul into. The Dark Rituals series was that for me. 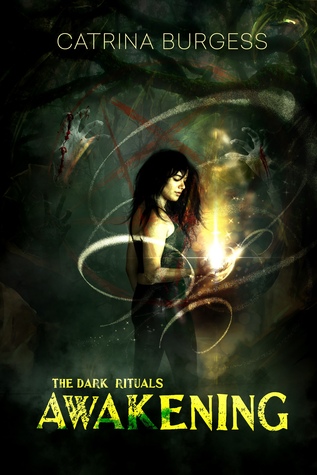 In Awakening, the first installment in the Dark Rituals series, a former healer turns to the Death Arts to seek revenge.

Seventeen-year-old Colina was born a healer. But after a horrific event forces her to leave her clan, she becomes desperate to learn the dark magic of the death dealers, mages who draw their power from the spirits of the dead. Colina was taught to fear and hate death dealers, but becoming one of them is the only way for her to get the revenge she seeks—and the only way for her to survive.

Colina asks a young death dealer named Luke to help her, but he’s reluctant to train her in the Death Arts. Little does she know convincing him to teach her will be the easiest part of her journey. To become a death dealer, Colina will need to undergo three dark rituals, each more terrifying than the last. At the same time, she’ll have to deal with her growing feelings for her mentor. Too bad the first ritual involves him strangling her to death.

As Colina undergoes the trials, she discovers an untapped darkness within herself. If she survives the horrific rituals and gains dark power, what will she become?

Catrina Burgess’ Dark Rituals series originally appeared on Wattpad with over three million reads. Awakening is the first book of four and was named Wattpad’s Best Suspense Story of 2014. 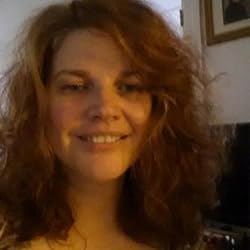 Catrina Burgess' Dark Rituals series originally appeared on Wattpad with over three million reads. Awakening is the first book of four and was named Wattpad's Best Suspense Story of 2014.

Catrina Burgess lives in a small mining town in Arizona. She says at night the place is definitely spooky and she swears she's heard the wind giggle. As far as she's concerned there's something definitely unnatural about the town she lives in.

She love all things that go bump in the night, she adore old movies, she's a huge Joss Whedon fan, and when she grows up she wants to be a super hero. She's been known to eat pizza and cold Chinese food for breakfast.


Have you had a chance to read AWAKENING yet? Do you use fast drafting to write your novels? Do you pour your dark thoughts and angst into your writing?