When to Break the Rules by A.J. Steiger

We're excited to welcome A.J. Steiger to the blog today. A.J.'s debut, Mindwalker, was released on June 9th of this year. Today, A.J. is joining us with advice on breaking the rules.


When to Break the Rules by A.J. Steiger 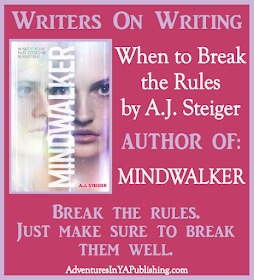 On my long road to publication, I’ve taken numerous fiction classes, read plenty of “how to write” books, and participated in critique sessions with other writers. There’s no shortage of do’s and don’ts on the subject of writing, and wading through these seas of information can be overwhelming. But the most useful piece of advice I’ve ever received is also the simplest: “Trust your gut. No matter what the rule is, someone is going to break it and break it well.”

Fiction is not an exact science, it’s a primal art which often emerges from a deep, intuitive place. Stories have been a part of human culture since we were painting them on cave walls. Yes, guidelines are useful. But if you treat them as immutable laws, they can easily become a gag muffling your own voice. The key is knowing when to deviate from the standard principles.

With that in mind, here are a few common rules I recommend throwing out the window (at least sometimes).

This old adage exists for a reason. “Jim clenched his fists, veins bulging in his forehead as his face reddened” is more vivid than, “Jim was furious.” But describing everything in this way would get tedious and annoying in a hurry. If you just need to quickly get some information across and move on, then by all means, do it. Learn to show selectively.

Think about how you might tell the story if you were sitting around a campfire with a group of people, rather than writing everything on a page. Which parts do you embellish? Which do you skip over? It depends on your goal. If you’re telling a ghost story, show the details that will build up tension and increase fear. But if there’s a scene where your characters stop for burgers, you probably don’t need to describe their meal with that same level of detail.

Writers are often advised to begin in media res, to start scene one when your character is already fleeing the cops with her bag of stolen diamonds, or performing a risky surgery, or battling a horde of zombie cheerleaders with a machete. The theory is that the eye follows a moving target, so starting with some form of action is more likely to hook readers.

The problem with this approach is that readers have already seen a million fictional car chases. One more is not necessarily going to grab them, unless there’s something unique about this particular chase. You can throw in boatloads of action—guns firing, sirens wailing, dead bodies crashing to the ground, and ticking time bombs—but unless you've given the readers a reason to care about why it’s happening, you’re doing the authorial equivalent of dangling keys in front of a baby’s face, hoping the movement and shininess will be enough to keep them entertained.

Sometimes, a slower opening can be more effective. It gives you the chance to set up the character as someone we should empathize with, or at least be intrigued by. 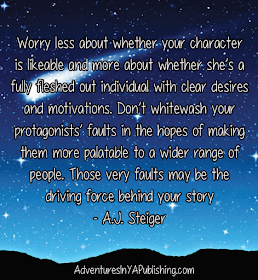 Sure, sometimes they’re redundant. “I’m going to murder you with an ice pick!” she said angrily, etc.

Used correctly, however, adverbs can change the meaning of a sentence. For example: “I’m going to murder you with an ice pick,” she said sweetly.

Like anything else, adverbs become tiresome when thrown around too liberally (oops, there’s one), but there’s no logic in declaring an entire category of words off limits. If an adverb is the most efficient way to convey what you want to convey, use it.

Whether a character is “likeable” is probably the most subjective aspect of fiction writing. The same traits that make your protagonist endearing to one person will make her infuriating to someone else. Plenty of readers would love to punch Hamlet or Holden Caulfield in the face. But Hamlet and Catcher in the Rye are still literary classics, and they wouldn't exist if the characters weren’t who they were.

Worry less about whether your character is likeable and more about whether she’s a fully fleshed out individual with clear desires and motivations. Don’t whitewash your protagonists' faults in the hopes of making them more palatable to a wider range of people. Those very faults may be the driving force behind your story.

Above all, trust that inner storyteller’s voice. Fall back on the rules when inspiration fails. Ultimately, fiction is about what works. It’s about that spark of excitement in the reader or listener’s eyes, the hunger to know what happens next. Guidelines are useful when and if they can help you create that experience, but if that naggy little instructional voice is getting in your way, ignore it.

Break the rules. Just make sure to break them well. 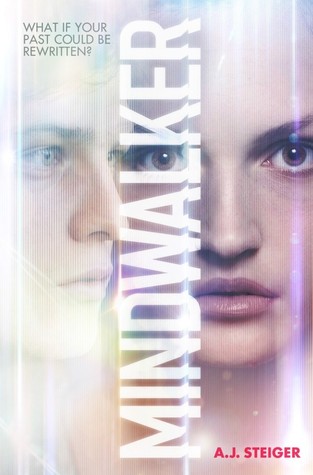 At seventeen, Lain Fisher has already aced the Institute's elite training program for Mindwalkers, therapists who use a direct neural link to erase a patient's traumatic memories. A prodigy and the daughter of a renowned scientist-whose unexplained death left her alone in the world-Lain is driven by the need to save others.

When Steven, a troubled classmate, asks her to wipe a horrific childhood experience from his mind, Lain's superiors warn her to stay away. Steven's scars are too deep, they say; the risk too great. Yet the more time Lain spends with him, the more she begins to question everything about her society. As she defies the warnings and explores Steven's memories, it becomes clear that he's connected to something much bigger…something the Institute doesn't want the world to discover.

Lain never expected to be a rule breaker. She certainly didn't plan on falling in love with a boy she's been forbidden to help. But then, she never expected to stumble into a conspiracy that could ignite a revolution. 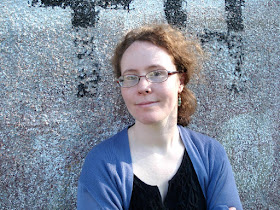 A. J. Steiger graduated from Columbia College in Chicago, where she majored in fiction writing. She has lived her whole life in the Chicago suburbs, though she enjoys regular visits to other galaxies and dimensions in her mind. She's a freelance writer and transcriptionist with an enthusiasm for anime and pancake houses.

Mindwalker is her first book for young adults.