Rebekah L. Purdy, author of THE SUMMER MARKED, on breaking characters down to build them back up

THE SUMMER MARKED is the second book in the The Winter People series, and we're excited to have Rebekah L. Purdy here to tell us more about it. 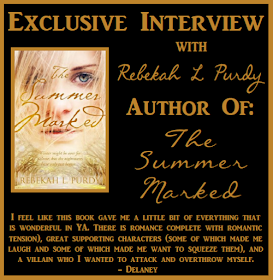 Rebekah, what scene was really hard for you to write and why, and is that the one of which you are most proud? Or is there another scene you particularly love?

I think writing the scenes with Kadie in Winter were a little grueling at times, just because it’s such a dark, dreadful place. And watching Kadie go from this strong, bad ass girl, to at times breaking. But sometimes we have to break characters down in order to build them back up. I think a lot of people will try to put themselves in her shoes to understand why she’s making some of the decisions she does. So for me, I think a lot of her scenes in Winter were the hardest to write.

As for a scene I love, I’d have to say the scenes with Salome and Lord Darach (who you will meet in this book). There’s a particular part where he helps her in a sword fight that I adore. LOL.

How long did you work on THE SUMMER MARKED?


Well, I wrote the original version of this a couple of years ago. It took me about 4 months to write. But then in edits, I ended up rewriting probably ½ the book. I cut a bunch of the “horror” scenes and added in more Salome and Gareth scenes. Kadie had more scenes in the book, but we decided to back some of them out. And the edits took like 3 months to process. So in total, it was 6 months of “writing/rewriting”.

So many projects! LOL. I’ve just started writing the 3rd and final Winter People book. I’m also working on two other projects. One YA Fantasy/Horror that I’m super excited about. And I’m in the plotting/brainstorming process of writing another YA Fantasy/Horror that I plan to write with my fifteen year old daughter—we have a title and blurb for it and lots of notes. So I’m hoping to dive into those two projects once I finish up the Winter People series. The sequel to the chilling Winter People returns to the world of Faerie, and is a romantic and enchanting follow-up.

Fresh off a break-up with her boyfriend, Kadie’s glad to be home from college for Thanksgiving. All she needs is a rebound guy, a box of chocolates, and some girl time with her best friend, Salome. Problem is, Salome isn't returning her calls, and her family won't say where she is. Feeling sorry for herself, Kadie ends up at Club Blade, a place filled with pumping music, dangerous guys, and promises of a good time. However, when midnight strikes, Kadie’s fun turns into a nightmare as she’s ripped from the human world into Faerie by a vengeful Winter Prince named Etienne. For the first time in her life, she realizes the monsters Salome always spoke of are real, and they’ll stop at nothing to destroy her friend.

Salome thought the winter curse was behind her. But winter has left its mark. Not just on her, but on the whole summer court. The Kingdom of Summer is falling apart, and Nevin is hanging onto his throne by a thread. With war on his doorstep, he has no choice but to send Gareth into enemy territory, which means Salome will be left alone—vulnerable in a world she doesn't understand. A place where beauty is deadly and humans are pawns in the macabre games the Fae play. Both Kadie and Salome will have to call on all their strength to survive in a world where humans aren’t meant to be. With death and enemies all around them, it’ll be a miracle if they can survive. 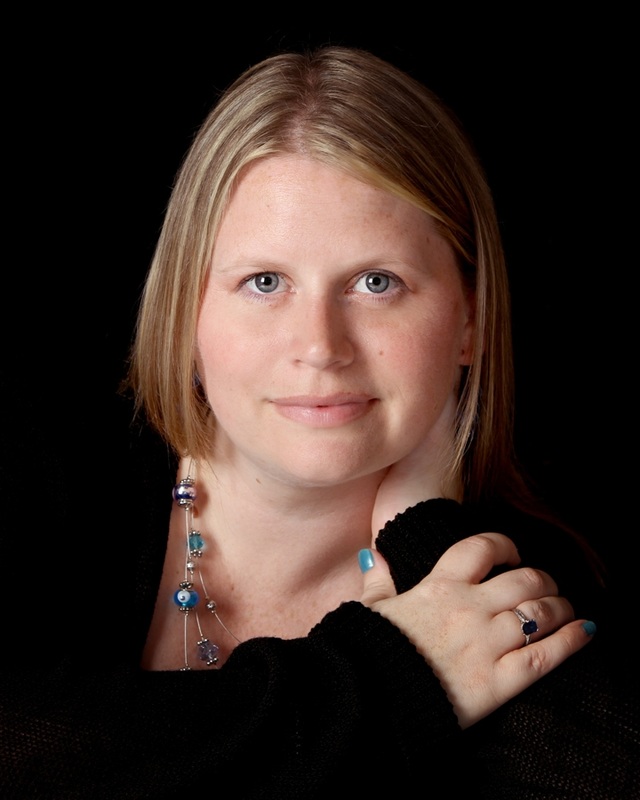 Rebekah L. Purdy was born and raised in Michigan (just look for the mitten-shaped state on the map). She's lived here most of my life other than the few years she spent in the U.S. Army. At which time she got a chance to experience MO, KS, SC, and CA.

She works full time for the court system and in her free time she writes YA stories. Pretty much any genre within the YA realm is considered fair game, but her favorites are fantasy, urban fantasy, paranormal romance, thrillers, light sci-fi, and some time travel.

She also have a big family whom she considers the modern day Brady Bunch.

Other than writing some of her other hobbies include: reading (mostly YA of course), singing, swimming, football, soccer, running, camping, sledding, church, hanging with her kids, and traveling.  She belongs to a fabulous writing group called YA Fiction Fantatics (YAFF) and you guessed it, they all write YA. She's currently represented by Jennifer Mishler and Frances Black of Literary Counsel.

Have you had a chance to read THE SUMMER MARKED? How about the first book in Rebekah's series THE WINTER PEOPLE? How terrible are you to your characters in order to break them?