Having Fun with Editing by Skylar Dorset

If you're like most writers I know, you just LOVE revisions and edits. ;-)  So you'd probably appreciate some good ideas as to how to make the process less painful. Skylar Dorset, author of The Girl Who Never Was, is here with us today to share how she turns the process into an enjoyable game!

Having Fun with Editing: A Craft of Writing Post by Skylar Dorset

Here’s the thing everyone will tell you about a first draft: Don’t worry about it! Don’t try to fix it! Just get through it! Write without judgment! You’ll deal with it all later!

I embrace all of this. I *love* first drafts. First drafts are the best. First drafts are when you sit down and you get to just *write.* All of your writing in a first draft is pure creation. I am addicted to the no-judgment idea. Once you get yourself to accept it—and learning not to be too hard on ourselves is hard; for just general life advice, I recommend learning how not to be too hard on yourself. Give yourself a break! You’re a nice person!—it’s marvelously freeing. First drafts flow easily from my fingers. Is that a continuity error? Worry about it later! Is the tone a little off? Worry about it later! Did you foreshadow this too little or too much? LATER!

I breeze my ways through my first drafts, and then when I’m done, I look back on a desolate landscape littered with trash I’ve left behind in my wake. “Oh,” I say, looking at the heaps of run-on sentences, the confetti of commas, the neglected secondary characters roaming through the wasteland giving me the evil eye. “Did I do that?” It’s like waking up the morning after you host a party. That party seemed like a good idea at some point in your past but on the morning after you’re cursing Past You for all you’re worth.

This is how I feel about editing: It’s like doing the dishes after a party, like sweeping up stray pieces of popcorn, like hauling garbage to the curb. I’m sure there are people out there who enjoy all those tasks; I’m just not one of them. The same with editing: I’m sure people love that point in the process, the shaping and molding and polishing of the rough until it gleams like a brand new glazed ceramic pot, or whatever metaphor you might choose. But I view editing with dread.

Because I view editing with dread, I make bargains with myself. I’m sure you recognize the technique. If I edit a chapter, I get to stop and have chocolate. (This naturally turns into a Hershey Kiss after every sentence I read.) One I finish editing a whole draft, I get to play Mario Kart for three days straight. Things like that. It’s just like what I do to get myself to clean up: Set the oven timer for thirty minutes, work very hard, watch reality television for a little while once the timer goes off as a reward.

But I’ve been realizing lately that there are ways to make editing fun, and that is that you can train yourself to write in ways that mimic editing in the first place, so that you have to do less editing later. So, for instance, one of the pieces of feedback I get consistently that I find myself having to edit for is wordiness. I’m never going to eliminate run-on sentences but I have taught myself how to keep an eye out for extraneous words, and the way to do that is by playing games, challenging myself.

When I set out to write a novel, I’m aiming for tens of thousands of words. But what if I only had two thousand words to tell a story? What if I only had two hundred? Setting out to tell a story in two hundred words is tough, but it can be done. What challenging yourself to tell a story in so few words really does is it teaches you how to edit yourself down. If you’ve challenged yourself to two hundred words and you’ve written two-hundred-and-fifty, you develop techniques to find the clauses and flourishes and details you don’t need. It forces you to think about what’s really important in what you’re trying to get across. You develop an instinctive feel for what you need to tell your story and what you don’t need.

You won’t always write in two-hundred-word chunks. But the next time that you get the feeling that a scene or chapter or event in your novel is going on too long, you have a better sense of where to look to start cutting. Editing yourself down, in this way, isn’t a new or unusual or impossible-seeming task of great enormity; it’s two hundred words at a time, crafting them exactly how you wish. And, eventually, it’s there, in your first draft, the feeling that you’re taking too long to tell a story, because you’ve trained yourself to know how to tell the story shorter.

These brief little writing exercises can challenge you in ways other than word count. Sometimes I challenge myself to write a short scene using nothing but dialogue. This helps me to get a better feel for when dialogue is inadequate, and also for what I can do to make my dialogue do more work. I don’t intend to include purely dialogue scenes in my novel necessarily, but it’s instructive to play with those types of scenes. The more I play, the more I unconsciously learn to incorporate into my drafts. Writing is just as much practice-makes-perfect as any other task you set yourself to.

I like to do these little games outside of the context of my current WIP, because otherwise I fear they’ll start to seem like work and I won’t want to do them. If all I’m doing is having a bit of fun with my words, then I can train myself in better habits without dreading the activity. This is the Spoonful of Sugar approach, and I think it works. Writing is fun. We should never lose sight of that. We should find ways to just play, for no reason other than fun, because that’s how we ultimately become better writers. 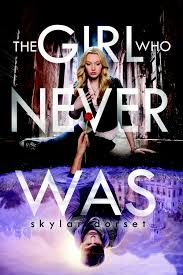 THE GIRL WHO NEVER WAS is the story of Selkie Stewart, who thinks she’s a totally normal teenager growing up in Boston. Sure, her father is in an insane asylum, her mother left her on his doorstep—literally—when she was a baby, and she’s being raised by two ancient aunts who spend their time hunting gnomes in their Beacon Hill townhouse. But other than that her life is totally normal! She’s got an adventurous best friend who’s always got her back and an unrequited crush on an older boy named Ben. Just like any other teenager, right?

When Selkie goes in search of the mother she’s never known, she gets more than she bargained for. It turns out that her mother is faerie royalty, which would make Selkie a faerie princess—except for the part where her father is an ogre, which makes her only half of anything. Even more confusing, there’s a prophecy that Selkie is going to destroy the tyrannical Seelie Court, which is why her mother actually wants to kill her. Selkie has been kept hidden all her life by her adoring aunts, with the help of a Salem wizard named Will. And Ben. Because the boy she thinks she’s in love with turns out to be a faerie whose enchantment has kept her alive, but also kept her in the dark about her own life.

Now, with enchantments dissolved and prophecies swinging into action, Selkie finds herself on a series of mad quests to save the people she’s always loved and a life she’s learning to love. But in a supernatural world of increasingly complex alliances and distressingly complicated deceptions, it’s so hard to know who to trust. Does her mother really wish to kill her? Would Will sacrifice her for the sake of the prophecy? And does Ben really love her or is it all an elaborate ruse? In order to survive, Selkie realizes that the key is learning—and accepting—who she really is 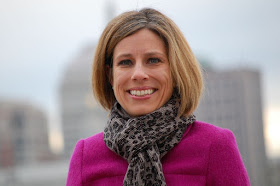 SKYLAR DORSET grew up in Rhode Island, graduated from Boston College and Harvard Law School, and has lived in Louisiana, Mississippi, and Washington, D.C. But she actually spends most of her time living with the characters in her head. She hopes that doesn’t make her sound too crazy.