ALL HAIL THE DONGER! Why Secondary Characters Are So Important by Bethany Crandell

Creating characters that breathe to life during that trip from the writer's brain to the page is something we all agonize over. But many writers spend most of their time focusing on the all-important protagonist. Tackling a reader question sent in for our Ask A Pub Pro column, author Bethany Crandell offers advice on giving free reign to our secondaries. And be sure to check out her Summer of the Short Bus at the end of the post!

ALL HAIL THE DONGER! Why Secondary Characters Are So Important, A Craft of Writing Post by Bethany Crandell


Quirky, unique, trait-driven secondary characters are my bread and butter, people, both as a writer and a reader, which is why I knew I had to tackle the following question on today’s guest post:


Many of my critique partners tell me that in each story of mine that they've read that my secondary character is more interesting than my protagonist. This is because I tend to keep my protag more "common man" while my secondary can be more fringe. Do I risk losing wide reader appeal if I write more crazy protagonists?

The very simple answer to this question is, I DUNNO…BUT WHO CARES?!

As you know by now, everything in this business is subjective, which, in non-writer speak, translates to that annoying thing your mom always says, YOU CAN’T PLEASE EVERYONE! So, rather than beat your head against the keyboard trying to make that happen (it won’t. ever.), just write the story exactly as you see it in your head. If that means your protagonist is the girl next door and not the crazy crackhead on the corner, so be it!

Now, you and I both know that your protagonist needs more personality than a box of rocks, but that doesn’t mean they have to steal the show, either. The way I see it, when properly executed, off-beat/quirky/shocking/always-naked/regrettable-tattoo sporting (the list goes on…) supporting characters will not only endear your readers to your second-stringers, but will also accentuate the relatability of your main character and his/her plight through the book as they deal with these folks. It’s a tricky skill to master but it can be done as evidenced in one of my favorite stories, SIXTEEN CANDLES. (Yes, I realize that this is a movie, but a story is a story whether told on paper or on screen)

Let’s take a closer look at how John Hughes made this happen:

She’s cute, but not so cute that you’d ever be jealous of her. She’s shy around older boys, has terrible penmanship, and is unfairly flat-chested. Her life’s goals are to bump the girls up a few cup sizes, land some alone time with the hot senior who doesn’t know she exists, and to do it on a cloud without getting pregnant or herpes. 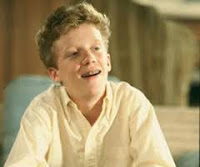 Farmer Fred Ted. He’s a fifteen year old, button-down-shirt-wearing computer geek whose mission is to get laid, score all the floppy discs, pocket girls panties and…get laid. Among his (even geekier than he is!) friends, he’s revered as something of a god, but to the rest of the student body he’s a scrawny, braces-wearing loser whose ego greatly exceeds the size of Lifesavers roll tucked in his front pocket. He’s a bold and honest secondary character whose loveable quirks force Samantha out of her comfort zone and into some terribly awkward positions that make for some seriously fun entertainment. 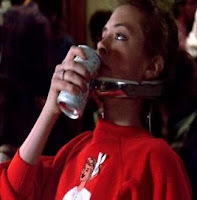 I actually had to look up this character’s name because she’s always just been the drinking fountain girl to me. While we only see this character for a total of ~thirty seconds in two different scenes, and her only lines are, “Mmmkay…all righty then,” and, “Uh…yeah-ah,” her presence still packs a mighty punch. In the limited time we spend with Geek Girl #1 we know that not only is she a geek, but she has an unfortunate case of scoliosis, can’t drink well from…any kind of apparatus, drinking fountain, can or otherwise, and that she couldn’t give a sh*t what anyone, of any social status, thinks of her. This is evidenced by her snarky comebacks and ridiculous shirt. Does she add any real significance to our plot? No. Does she enhance the overall framework of our high school setting? Damn straight she does. Sometimes a supporting character is little more than fluffing for the pillow, but they still have a purpose and, if done well, leave a lasting impression.

Lastly, I offer you the king of all supporting characters, LONG DUCK DONG. 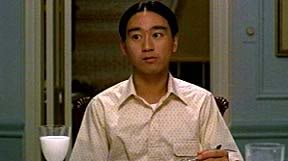 The Donger may start off as just a foreign exchange student with the world’s worst haircut and as much real-world experience as a wet mop, but by the end of the movie the dude is passed out on the Baker’s front lawn covered in more dog urine and foggy memories than Charlie Sheen after a bachelor party. His overnight transformation from Chinese interloper to life of the party is the perfect counterbalance to Samantha’s quest to be noticed amongst people she’s known her entire life. He is the epitome of a well-crafted secondary character and allows Samantha’s character to grow in ways the audience never would have predicted. Well done, Mr. Hughes.

Of course perfecting the unique secondary character is no easy fete but it is doable…and totally worth it! (Even if your crit partners tell you otherwise.) 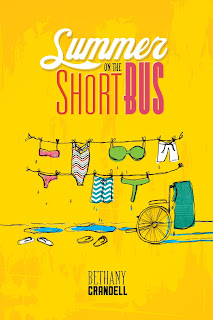 Cricket Montgomery has been thrown under the short bus. Shipped off to a summer camp by her father, Cricket is forced to play babysitter to a bunch of whiny kids—or so she thinks. When she realizes this camp is actually for teens with special needs, Cricket doubts she has what it takes to endure twenty-four hours, let alone two weeks.

Thanks to her dangerously cute co-counselor, Quinn, there may be a slim chance for survival. However, between the campers’ unpredictability and disregard for personal space, Cricket’s limits get pushed. She will have to decide if suffering through her own handicapped hell is worth a summer romance—and losing her sanity.

Bethany lives in San Diego with husband, two daughters, and a chocolate Lab with no regard for personal space. She is slightly obsessed with John Hughes movies and premium channel television, and is confident that prayer, avocados and M&Ms solve problems. She loves to connect with her readers, so check her out on Twitter at @bethanycrandell or swing by her website at www.bethanycrandell.com