Nicole Tourtelot is a literary agent at DeFiore and Company. Previously, she worked as an agent at Kuhn Projects, in the literary department at ICM, in the fiction department of Esquire, and as a researcher for the Freakonomics authors. She received her BA in English from Columbia University. 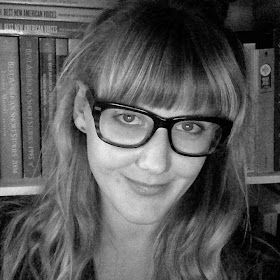 Is there anything you’ve seen too much of in a submission? Lately, I’ve seen a lot of car crashes, which seems like an odd trend. On a more micro level, I see a lot of sample chapters that start with an over-written description of action, combined with a cliché (or many cliches). Here are two invented examples: “My eyes surveyed the landscape, which was dry as a bone.” or “My skin begins to sweat bullets.” In those two cases, the first problem is that the author is overthinking and overwriting. (You don’t need to specify that your eyes are looking; we know that you look with your eyes.) And the second problem is the cliché. Read your work out loud to yourself, especially the first page or the sample chapter, and take notice of anything that sounds unnatural as you say it. If it’s unnatural to your ear when you read it out loud, it will be unnatural to your reader’s ear as well.

What is it about a manuscript that excites you? I’ve always read for an escapist thrill and that hasn’t changed even though I’m 33 years old now, and I no longer have to read with a flashlight under the covers. The manuscripts that excite me are the ones where I feel like the author is telling the truth to the point where I forget there’s an author at all, and I’m completely engrossed in the reality of the characters and the world. I appreciate writing that’s in service to the story and the characters, rather than the other way around.


What is on your wish list? Right now, I’m actively acquiring young adult, new adult, women’s fiction, upmarket commercial fiction, and accessible literary fiction. Across all those genres, I’m looking for well-drawn, relatable characters and a high-stakes story. That could mean a character in a dangerous situation or just high emotional states. I’d love to see a story in any of those genres that deals with food or with music, as those are two passions of mine.


What are some of your favorite authors/books and why do you love them?Roald Dahl has been my favorite author since I learned to read and he still holds the number one spot. I poured my heart into a letter to him when I was nine years old and got a letter back from his estate that he had just passed away. That was heartbreaking, of course, but it taught me something beautiful about great stories—they live on into eternity with or without the authors who created them. I really like bad kids or extraordinary kids who buck the system. That explains the Roald Dahl loyalty but extends to my other favorite books and authors, too—from Salinger’s Franny & Zooey and Raise High the Roofbeam, Carpenters to The Curious Incident of the Dog in the Night-Time by Mark Haddon to The Mixed-Up Files of Mrs. Basil E. Frankweiler by E. L. Konigsburg and everything John Green has ever written, but particularlyLooking for Alaska.


What are some things you love to see in a query?I enjoy a query that plainly states what the book is about. I’ll take a crisp, clear, direct description of a story over a long and complicated pitch any day. People talk about an elevator pitch, but I’m fond of the bus metaphor and it works for fiction and non-fiction. You’re at a bus stop as the bus is pulling away, and your friend is on the bus with her head out the window. Tell your friend what your book is about before she can’t hear you any longer. If you can do that, you’ve got your pitch. (Please don’t try this on an actual bus.)


Can you define voice for us?For me, voice means that the writing has integrity. You’re entirely yourself and no one else could tell your story the way you’re telling it. You’re telling the truth, even if it’s your own particular, weird, wacky truth. I’m allergic to snobbish or “posturing” writing where the fact that the author is a Writer and the reader is Reading is apparent on each page. Even when you’re reading a memoir, you should feel like you’re hanging out with an endlessly fascinating and articulate friend. You shouldn’t think about the author’s ambitions and what they’re trying to have you think about them. Plenty of people would disagree with me on that (especially those who favor experimental or tricky fiction). That’s just my opinion and it’s what works for me as a reader.


What do you like to do for fun?I sing in a cabaret-type of show every once in awhile. Sometimes, it’s just me and a friend with a guitar and sometimes I get to sing with an extraordinary jazz band. That’s a real treat. I like to ride my bike, go the beach, do hot yoga, and cook stuff. Like most (all?) Vitamix owners, I'm obsessed with mine, and like blending things. Is that a hobby?


Sure! Why not. Why did you become an agent?I started in journalism, but ultimately ended up in publishing because in my bones, I’m an agent, and not a writer. I’ve always wanted to bring books into the world, and now I get to do that every day for some of the most talented and interesting people in the world. For non-fiction, we sometimes act as midwives for people’s stories, helping to bring their lives or their life’s work to the page. But in fiction, the author has already spent hours alone crafting an entire world from scratch. It’s my job, then, to help that story find the best version of itself, and to take it into the marketplace and advocate on its behalf. I can’t think of a better job than going out to a group of very intelligent and well-read editors and banging down their doors to say “You have to read this book!” It’s a dream job.