Linas Alsenas, author of BEYOND CLUELESS, on the importance of a writing group

We're thrilled to have Linas Alsenas join us to share more about his debut YA novel BEYOND CLUELESS. 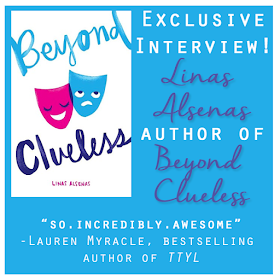 Linas, what scene was really hard for you to write and why, and is that the one of which you are most proud? Or is there another scene you particularly love?

There is a scene in which Marty has a fight with her parents, when they want to start setting up rules for how she is to behave with her friends – curfew, phone use, etc. I wasn’t expecting that scene at all; it just came to me as I was writing. This was not long after I married my husband, and my mother, who had always seemed very supportive of our relationship for many years, refused to attend our wedding because “Catholics don’t do that”. I was hurt and deeply offended, and I cut off my relationship with my parents – I haven’t spoken to them since. So, when I wrote the scene, I wondered how much of it was my subconscious working out my feelings of resentment. The first scene I wrote was much more intense than the final version, with more anger and swearing, and, at first, I felt it was important that there would be no resolution scene with the parents, to show that teens do get emotionally estranged from their parents and that’s OK. But that dynamic became too much of a distraction, too big a boulder in the middle of the plot; it started distorting all the other scenes with its gravitational pull. I worked with my editor to downplay the conflict and create some hint of resolution by the end. Knowing that my parents would probably read the book some day made me self-conscious, thinking they would believe I was writing about our own relationship – which, of course, I both was and wasn’t doing. I really had to work to let go of those thoughts and write the scene that best served the book. Books are very personal to authors, but not always in the ways people might expect.


How long did you work on BEYOND CLUELESS?

More than ten years! I wrote the first chapter when I was working as an Assistant Editor at Abrams in New York, which would have been about 2002, 2003. Susan Van Metre, now Publisher at Abrams, was super encouraging about it, so I proceeded to … er, let it languish in a drawer for years. (Sigh.) I'm the worst. Writing is hard work for me, so it’s not the first thing I turn to when I have some free time! I returned to the text only when I formed a writing group with expat friends in Stockholm, Sweden. It gave me the ongoing motivation and encouragement I needed to keep going. I still rely on a “write club” in London to get my writing done.

It showed me that I could actually write a novel, and – astonishingly – one that other people might actually enjoy reading. It taught me that starting a book is easy and exciting, but finishing a book is an incredibly hard slog. That I should avoid writing anything with song lyrics that require reprint permission.

Join or form a writing group. Every writer needs to find a process that works for them, but for me, having a writing group with deadlines and valuable feedback was critical to my actually completing the book. In fact, the book is dedicated to Bert Menninga, my very good friend in Stockholm who I met with for years to go over our respective writing. He has patiently read drafts of this novel more times than any person deserves. Apologies, too, on that count to my incredibly supportive editor at Abrams, Howard Reeves.

I am about halfway through writing another YA novel, this time about a modern princess, and I’m just in the starting phases of a middle-grade book involving a children’s revolution. But if you ask me next month, I may have moved on to other ideas! 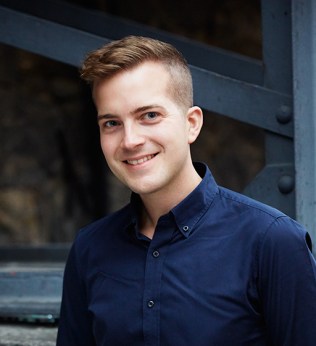 Linas Alsenas has written a number of books, including Gay America: Struggle for Equality and several picture books, which he also illustrated. Raised in a suburb of Cleveland, Ohio, Linas lived in New York City and Stockholm, Sweden, before settling in London. He spends his weekdays working as a children’s books editor at Walker Books, and he and his husband spend their weekends exploring the city and the English countryside. Oh—and also writing! Er, I mean, Linas writes, not the husband. Whose name is Jan. He puts up with a lot. Anyway.


Have you had a chance to read BEYOND CLUELESS yet? Do you find your personal life creeping into your writing? Are you part of a writing group?