We are thrilled to welcome author Bethany Hagen to the blog this month as our columnist for Ask a Pub Pro! Bethany is the author of the Landry Park "Downton Abbey dystopian" series with her newest book, Jublilee Manor, just released. She's here to answer your reader questions on how to work necessary backstory into a series, deciding whether to use deep POV in a large-scale book, mistakes in queries, whether book trailers are worth it, and do we really need to know what your characters are wearing? Be sure to check out Jublilee Manor below!

Also, our First Five Pages Workshop opens next Saturday, September 5. Be sure to check it out here!

Ask a Pub Pro: Author Bethany Hagen on Series, Deep POV, Book Trailers, and What Your Character is Wearing


1) In writing a series, what's the best method for working in the necessary information from a prior book into the next one? 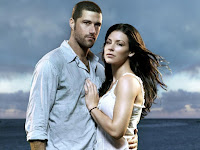 Did you ever watch Lost? Lost was one of those shows (and Game of Thrones is currently another) that have those "Previously on" bits at the beginning. And of course, you always know what the show is going to be about based off the clips they show...like, "Oh, they showed Hurley winning the lottery, so it must be another Hurley episode." What I like about the "Previously on" bits is that they only reveal relevant information--and information that maybe wouldn't be apparent throughout the course of the show. For example, they didn't need to show us clips of Jack and Kate kissing for us to know that they have A Thing. While watching the episode, it would be pretty obvious that there's some serious romantic tension. Instead, they only remind us of the previous plot beats that would be essential to our understanding the plot developments of the current episode without being totally confused.

So how would I apply this to writing? I would say that when you are writing the first three or four chapters of your book, look at the action that's happening and then work in only the most relevant reminders you need. I personally prefer it when books err on the side of fewer reminders; it's not your job to rehash an entire book in one or two chapters, because it will wear out the readers who are coming to your second book fresh from the first and it will slow down the pace of your first act.

2) I hear a lot of buzz about "deep POV" but am wondering if it will work for my book. I'm writing a space opera with a large cast of characters and want to be able to show a huge world where the main character is not always present. Would deep POV work here?

For a large scale science-fiction book, I definitely think Deep POV could be a way to humanize the narrative and make it feel fresh and fast, but I would offer up two cautionary notes. The first being that you will still need to have some "wide-angle" shots, as it were, to braid in exposition and setting. Deep POV is largely seen through the perspective of the character's thoughts, and most characters won't think about the way their space station looks or how it was built if they've already been there for five years. The second note being that you can certainly switch deep POVs between characters, but make sure you switch at clearly delineated scene breaks and chapter breaks to avoid confusion.

3) I just sent off my first query to an agent a couple of days ago, and almost immediately after realized I had a couple of mistakes (1 spelling, 1 grammar) in the first few pages I included. It's been bothering me ever since. Should I send a corrected copy to the agent? Or let it be? Will 2 small mistakes doom me?


In my experience, if an agent is in love with your idea and your voice, they won't even notice a typo or two. The most important things to remember when querying are to get the agent's name right (you'd be surprised how many people screw that up), make sure your query/book is relevant to the agent's expressed interests (don't send picture books to an agent looking for erotic romance), and make sure your query is descriptive and brief (less than a page.) Those are the key markers an agent is looking for in a query, and hitting the big points is much more important in the long run than a couple typos. That being said, there are a lot of agent fish in the publishing sea, so at least you've caught your typos very early and can move on with a pristine query!

4) How important is it to describe your characters' clothes? I'm one of those writers who just never thinks to include the clothes, and my CPs keep asking me what they're wearing. Is it really that important? Can I describe once for each character and be done with it? 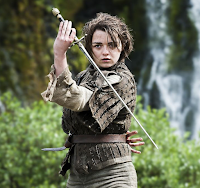 I struggled with character description as well--especially clothes, because they seem so irrelevant to the plot and they feel like they can slow down a chapter. But then I read this little book called Game of Thrones. And one thing I noticed about it was that G.R.R. Martin describes clothes, jewelry, hair and setting constantly. All the time. Before Ser Jamie talks in such-and-such scene, we learn he is wearing a crimson cloak with a golden brooch in the shape of a lion. Or before Arya plods around Westeros in such-and-such scene, we get to hear (again) about her muddy boots and the way Needle is strapped to her side. Martin just goes for it--not bothering to work in descriptions subtly or braid them in bit by bit. And I think part of the reason these books are hugely popular and so accessible even to the non-fantasy-reading civilians is that they create vivid, dramatic pictures in our mind as we read. And that's for lots of reasons, but his ability to set a scene with the way characters look is a part of that.

So in summation, ponder when setting a scene with character descriptions will be worthwhile for your audience. Not for every scene, of course, but there may be a few crucial scenes where refreshing the character as an image in the reader's mind is helpful.

5) I've got my first release coming soon. Yay! But, it's a small press and I can't afford much in the way of promotion. Do book trailers really help? Even if done with a low budget (ie, not so professional)?

Full disclosure, I've never had a book trailer. And the reason why is that I'm not sure if they sell books or not. I've never personally bought a book because of a book trailer and I've never had another author tell me, "Thank God my publisher did that trailer!" I do think having fan-made trailers can be extremely fun, however, and I also think it might be worth exploring platforms like Vine, which currently have more cachet with the teen/new adult demo than YouTube.

My cynicism aside however, I think this gets to a really important question with writing. How much is any marketing worth? We know that it's essential to selling books, but we also know that lots of huge big-budget books have not lived up to expectations despite the best promotion that money can buy. For example, there isn't a ton of evidence that Instagram or Tumblr sell books...but if an author enjoys using these platforms anyway, is it worth her time to be on there? Or the opposite example...if it seems like Twitter sells books but an author hates Twitter, should she be there? Is it worth taking time away from writing, reading and researching, if you only sell two copies of a book with a year's worth of reblogs?

The answer will be different for every author. I think if you have the time to make a trailer, and you're excited about it, then absolutely. But if you're not excited about it, take some time to think critically about what kinds of web presences and promotion tools are fun and meaningful for you. And then do those. The brilliant thing about our readers is that they can spot half-hearted marketing from a mile away. 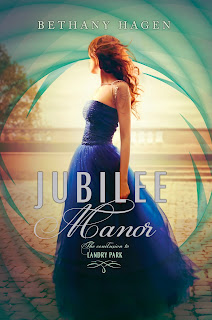 The thrilling conclusion to Landry Park is full of love, betrayal, and murder--perfect for fans of Divergent, The Selection, and Pride and Prejudice.

In Landry Park, Madeline turned her back on her elite family, friends, and estate to help the Rootless. Now, in Jubilee Manor, she struggles to bring the Gentry and the Rootless together. But when Gentry heirs—Madeline’s old friends—are murdered, even she begins to think a Rootless is behind it, putting her at odds with the boy she loves and the very people she is trying to lead. If she can’t figure out who is killing her friends and bring them to justice, a violent war will erupt and even more will die—and Madeline’s name, her estate, and all the bonds she’s forged won’t make any difference.

This conclusion to Landry Park, which VOYA dubbed "Gone with the Wind meets The Hunger Games,” is a richly satisfying, addictive read. 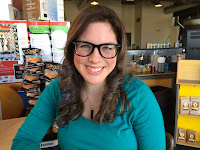 Bethany Hagen grew up reading Charlotte Bronte, Jane Austen, and all things King Arthur, and went on to become a librarian. She was born and raised in Kansas City, where she lives now with her husband and two children.